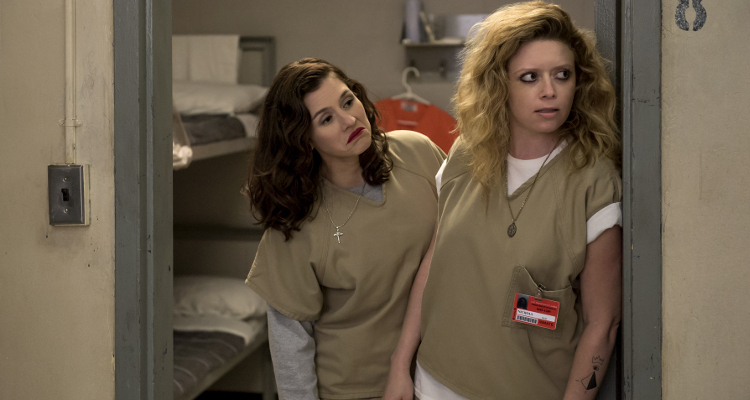 Season 5 hit Netflix on June 9, 2017 and those who binge watched all 13 episodes are now dying to know if there will be a season 6 of Orange is the New Black! If you are caught up and want to know more about Orange is the New Black Season 6, we have everything you need to know, including the cast as well as the release date.

The hit Netflix show is based on Piper Kerman’s book, Orange is the New Black: My Year in a Women’s Prison. The series follows the life of Piper Chapman (Taylor Schilling), who is sent to a woman’s federal prison on the charge of transporting a suitcase of drug money, 10 years prior, for her then-girlfriend, Alex Vause (Laura Prepon).

When is Season 6 of Orange is the New Black?

The show’s creator, Jenji Kohan said last year, “Three more years! Not quite a political term, but still plenty of time to do some interesting things. In some cultures, ‘May you lead an interesting life,’ is a curse, but I don’t live in those cultures. Here’s to keeping it interesting. Thanks Netflix! Both thanks and you’re welcome Lionsgate! And kudos and gratitude to the stellar cast and crew and writers and producers and editors and musicians and mixers and shleppers… with whom I have the pride and honor of crafting this show. Three more years! Three more years!”

The official release date of OITNB has not yet been announced. However, since season 2, June has been the unofficial OITNB month. It is likely that Netflix will follow the same trend and potentially release Season 6 of Orange is the New Black sometime in June 2018.

It has been reported that Season 6 of the Netflix show will bring in new some cast members. Although no names have been announced, with the way season 5 ended, we might be introduced to new inmates from another prison. There are rumors that maybe Season 6 will be the last time we will be seeing Piper Chapman behind bars, as her sentence was only supposed to be for 15 months, which means that she might be released soon!

Who is your favorite cast member on Orange is the New Black? Who do you think will return to the show? Let us know your opinion in the comments section below! Meanwhile, check out the Orange is the New Black Season 5 trailer, and if you haven’t binged it yet, you might wanna get on that! It’s worthy of all the hype!