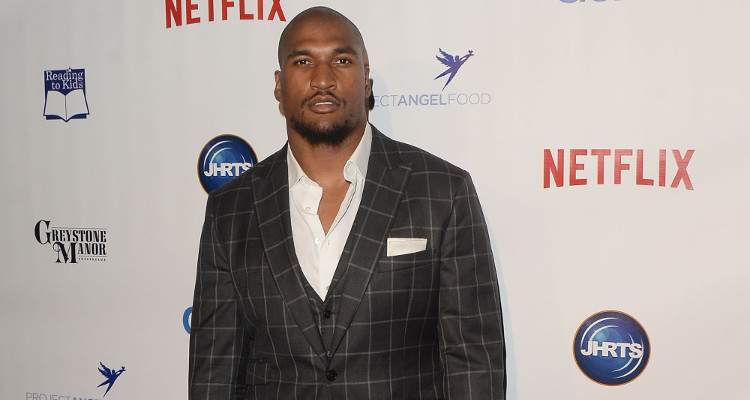 While studying at Marmion Academy in Aurora, Illinois, English was the co-captain on his school’s football team, as well as MVP, and First-Team All-Suburban Catholic Conference as a junior/senior. Back then, he made 98 tackles and six sacks while playing inside linebacker, and rushed for 312 yards on 38 carries as a running back.

In 2004, after playing in the first game of the season, he was injured and a medical redshirt. However, the following season, English played in 11 games and had 78 tackles, with seven reportedly being for a loss.

He was a First-Team All-MAC Selection in 2006. He started off the season with 13 games and tied a school record with 12 sacks while he totaled 51 tackles and forced four fumbles.

The following year, English was named the Mid-American Conference’s MVP and was a consensus choice First-Team All-MAC. Additionally, he was named a Fourth-Team All-American by Phil Steele.

In 2007, he had 10.5 sacks, which reportedly led the conference. When he started playing as a senior in the 2008 season, he was awarded the Vern Smith Award, which is given to MAC’s best player.

MAC News Media Association and Sporting News also named English as the MAC Defensive Player of the Year. Moreover, he was named an All-MAC choice for three seasons in a row.

During training camp in 2010, he suffered a foot fracture and could not play many games. So, the Chargers officially released him in 2014.

In 2014, the Tampa Bay Buccaneers signed him to play for their team. But, he only played with them until 2015.

Larry English’s net worth is estimated at roughly $3.0 million.

English was in a long-term relationship with model Nicole Williams. The couple got married on May 19, 2017. The ceremony aired on the reality show, WAGS LA.

Williams explained, “It just feels so, so good that I can now say I’m Mrs. English. To call myself Larry’s wife and to call him my husband, it’s just surreal.”

So excited to share that our wedding exclusive on @theknot is now out!!! ??♥️?? #TheKnot #Tapfordetails

Nicole Williams and Larry English looked amazing on their special day, and their wedding looked like a real-life fairy-tale. You can check out pictures from their beautiful day on either Larry English’s or Nicole Williams’ Instagram accounts. They are absolutely breathtaking and look ready to take on the world together!