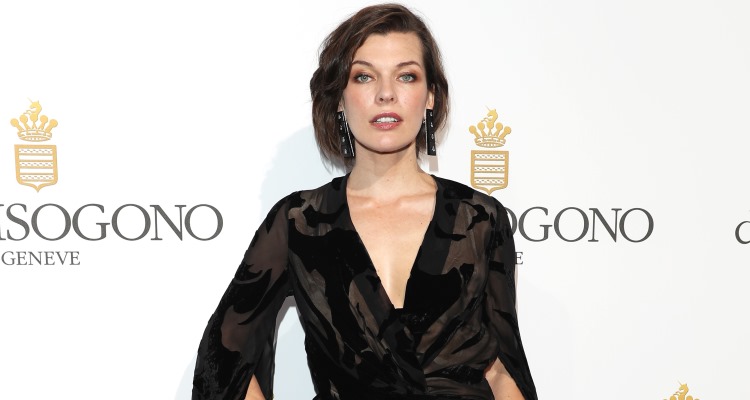 With Resident Evil: The Final Chapter coming to theaters in January 2017 (on December 23, 2016 in Japan)and her recent birthday, we thought it would be a good time to catch up with our good friend Milla Jovovich, 41, with our very own Milla Jovovich wiki! Prepare to be informed on everything from Milla Jovovich’s husband to Milla Jovovich’s net worth.

When you think of the Milla Jovovich movie list, it’s no surprise that Resident Evil comes to mind more than once. It’s her most memorable and successful franchise and it’s back for a final chapter!We look at the success and personal life of Jovovich, and her exciting career in Hollywood.

She was Born in Kiev, Ukraine Before She Moved to America

Milica Natasha “Milla” Jovovich was born on December 17, 1975 in Kiev, Ukraine. Her father, Bogdan Jovovich, was a Serbian doctor and her mother, Galina Loginova, was a Russian actress. The family immigrated from Ukraine before they moved to Sacramento, California when Milla was only 5 years old. She then attended Excelsior High School in Los Angeles.

She Began Modelling at a Young Age

Jovovich started modelling at a young age and one of her earliest advertisements was for Revlon, which was shot by famous photographer, Richard Avedon. When she was 11-years-old, she posed for her very first magazine cover for the Italian fashion magazine, Lei.

After Jovovich took a brief acting break, she got her breakthrough role in the 1996 science-fiction film,The Fifth Element, starring Bruce Willis and directed by Luc Besson. As many will remember, she played a red-haired, genetically engineered woman with supernatural abilities. Many still remember her revealing cut-out, white ensemble she rocked in the film. She worked with Besson again in the 1999 historical drama, The Messenger: The Story of Joan of Arc.

Jovovich has also appeared in films such as Zoolander and Zoolander 2, The Three Musketeers, and Resident Evil, her most successful role to date.

She’s Reprising Her Role in Resident Evil: The Final Chapter

Jovovich may have gotten her start as a model and actress, but she rose to fame as Alice, the heroine of the Resident Evil franchise, directed by Paul S.W. Anderson. For those who are new to the franchise, or just need a refresher, Resident Evilis a science-fiction thriller series based on a Japanese video game, based in a dystopian futuristic world. An escaped virus transforms its victims into zombies and Jovovich plays a military agent named Alice, who fights the flesh-eating mutants while fighting the corrupt Umbrella Corporation.

In the final installment (which picks up immediately after Resident Evil: Retribution), Alice is the only survivor out of her friends, and what was meant to be humanity’s last hope against the zombies. Now, Alice has to return to where it all began—The Hive in Raccoon City, where the Umbrella Corporation is uniting its forces for a final attack against the survivors of the apocalypse.

Jovovich is known to lead a healthy lifestyle and performs most of her own stunts in many of her action roles.

Pitch star, Ali Larter and Orange Is the New Black star, Ruby Rose are also set to play in the film, which is set to be released on January 27, 2017. 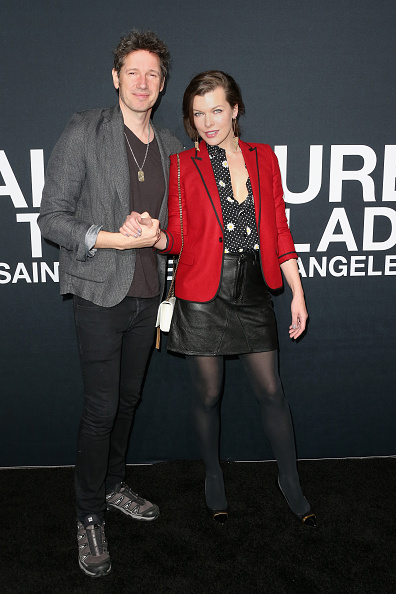 She Has Been Down the Aisle More than Once

Jovovich has been married three times. She was married in 1992 to Dazed and Confused co-star,Shawn Andrews but the marriage was annulled after only two months. Then, she married director Luc Besson in 1997, but they divorced two years later. Then, in 2009, Jovovich tried her luck in love again and married British Resident Evil director, Paul S.W. Anderson, 49. The couple are still together and reside in Los Angeles and New York with their daughters, Ever and Dashiel.

She Has Other Interests and Projects

Aside from acting, Jovovich is a singer and songwriter! She released her debut album, The Divine Comedy when she was 18 years old and she continues to release albums online. From 2003 to 2008, she partnered with Carmen Hawk to design her women’s fashion line, Jovovich-Hawk, which was well received by the fashion world.

She Has the Perfect Quote for Her Approach in the Business

“I approach the cinema as a business woman. I intend to be in more action movies because, apart from Angelina Jolie, no other actress stands out in this genre.”