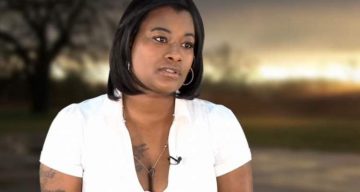 Basketball coach and former NBA player, Metta World Peace is feeling a bit homesick on Celebrity Big Brother and is missing his girlfriend, Maya Ford. Previously, he was married to Kimsha Artest. Keep reading to know more about Metta World Peace’s ex-wife with some interesting facts from Kimsha Artest’s wiki.

Right now, the houseguests on Celebrity Big Brother are working hard and creating strategies to win the game, but there are a few who are feeling homesick. Metta World Peace has mentioned many times on the show that he wants to go back to his family and his love interest, Maya Ford.

Before Metta World Peace officially changed his name, he was known as Ron Artest. At that time, he was married to Kimsha Artest.

World Peace does not fail to entertain the viewers with his antics on the show. However, after watching him on Celebrity Big Brother, a lot of people are curious to know more about Metta World Peace’s ex-wife.

Kimsha Artest originally hails from Jamaica, Queens, but she was born and raised in New York. Unlike her ex-husband, Artest is not active on social media.

Basketball Wives LA is a reality show that airs on VH1. It centers around the lives of wives, girlfriends, and other women who are somehow romantically-linked to professional basketball players.

Kimsha Artest was one of the main cast members of the show. But she eventually decided to stop showing up for filming and was no longer featured on the show.

Artest explained the reason for quitting the show and said, “Some of the women that are on the show, they are not wives and the majority of them are but they’re not conducting themselves as such. I don’t want to be affiliated with shenanigans and drama. The back and forth is uncalled for, childish and that’s just not me.”

Her Marriage to Metta World Peace

The former basketball star walked down the aisle with Artest in June 2003 and had three children together. Metta World Peace and Kimsha Artest’s kids are named Sadie, Diamond, and Ron Artest III. However, after six years of blissful marriage, the couple quietly got divorced on June 30, 2009.

Artest and World Peace share joint custody of their kids, and they remain amicable for the sake of their children. The reason behind their split is not known.

Metta World Peace seems to have happily moved on and is dating Maya Ford.

A while ago, somebody created a fake account using Kimsha Artest’s name. In fact, the person posted some very mean and inappropriate comments, and some of those targeted Shaunie O’Neal.

Of course, people thought it was Artest, but she decided to clear the air and said, “That’s not me. Anybody who read that could’ve known that. That was not me period.”

“I’m not a Facebook person; I do have a Facebook but that’s not my name. Whoever it is can go kick rocks. All the negativity and comments, they can kick rocks too,” added the former reality star.

Kimsha Artest then revealed, “We’ll definitely figure out who it is …who done it. I’ve got a good idea, but I ain’t gonna blow them up just yet.”