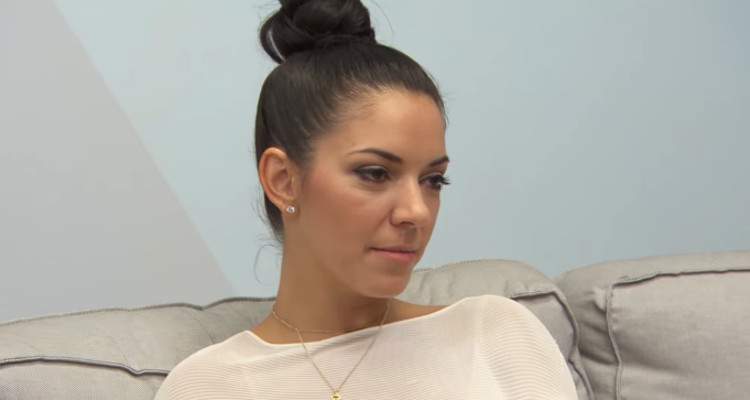 Season 16 of Project Runway got off to a great start with 16 designers competing for the coveted prize. After Kenya Freeman’s elimination in the first part of the finale on Thursday, four designers will battle it out take the title home. Designer Margarita Alvarez was saved by Tim Gunn’s veto on October 26 and was one of the four who made it to the last round, which will air on November 16.

Margarita Alvarez from Project Runway will be one of the designers featured in the second part of the season 16 finale. She narrowly missed elimination after the Tim Gunn Save was used on her, and now joins fellow contestants Brandon Kee, Ayana Ife, and Kentaro Kameyama in the second part of the finale. Fans of the popular reality show want to know more about this designer, so here is everything you need to know in our Margarita Alvarez wiki.

The Designer from Puerto Rico

She is from San Juan, Puerto Rico and now lives in Los Angeles, California. Margarita Alvarez’ age is 30. Her father is an architect, and she was always excited by how sketches could turn into reality. She was only 15 years old when a fashion designer discovered her drawings and offered her an internship. She pursued apparel and textile design at the Rhode Island School of Design.

Alvarez said that her strength as a designer is pattern making, and she considers hand sewing and finishes to be her weakness. She actually tried to get on the show nine years before her appearance on Project Runway season 16. Back then, Tim Gunn didn’t think she was ready. She reapplied for the show this year, after improving her design skill set. She worked as a stylist for Nordstrom for two years before the show. Alvarez believes her experience in dealing with customers at the clothing line gave her a better insight into what a client wants and needs, and that building a relationship with clients is important for a designer.

Her Love for Tropical Designs

On Instagram, she explained the thought process behind one of the first designs she displayed on Project Runway:

“The red carpet challenge was to create a red carpet look that showcases your point of you as a designer. I like to design silhouettes that work for various different body types and normally use natural filament materials such as silk and cotton. I always go for bright bold colors, clean, minimal style lines that present a perfect balance between feminine and edgy. The organza flower detail on the shoulders was inspired by my two favorite flowers in Puerto Rico; the Flamboyán and the Trinitaria.”

MONDAY MEMORIES I am beyond excited to be going to #nyfw ??✨???? looking back at all of my #projectrunway designs this season, starting with our first challenge. #REDCARPET challenge was to create a red carpet look that showcases your point of you as a designer. I like to design silhouettes that work for various different body types and normally use natural filament materials such as silk and cotton. I always go for bright bold colors, clean minimal style lines that present a perfect balance between feminine and edgy. The organza flower detail on the shoulders was inspired by my two favorite flowers in Puerto Rico; the Flamboyán and the Trinitaria #designermargarita #margaritaalvarez #fashiondesigner #boldlook #firstlook

A post shared by Margarita Álvarez (@margaritaalvarezofficial) on Nov 6, 2017 at 8:38am PST

Her design in last night’s episode drew inspiration from a couch her parents owned when she was little. The judges were impressed with her bold choices, but were concerned that overusing tropical designs would affect the versatility of her collection.

Margarita Alvarez’ Instagram feed is filled with several pictures of her gorgeous creations. She has a little over 11,000 followers and uses Instagram to her advantage by promoting her work, talking about her style as a designer, and sharing stories about her time with the other contestants on Project Runway.

GOOD GIRL GONE BAD For Challenge #5 we were to design an evening look inspired by either #good ??or #evil ?after having watched the movie #thedescendants2 I was inspired by this #burnoutvelvet #fabric because although it was black, it had white polka dots splattered all over, giving me the idea that there is a little good in all that is evil too. My concept came to me while designing in the ?garden when a black bird flew over me. Suddenly the story of #theraven by #edgarallanpoe came to mind and I knew my look had to be a cross between ?The Raven and #Maleficent ? I loved working with @jazzurawesome and don’t know why the show made it seem like I was upset about working with her, since my background is with women of all shapes and sizes!! What distinguishes my designs is the attention to body shapes, and this challenge was no exception. I elongated Jazz’s torso by giving her an empire waist cut, and draped the skirt to reveal her stunning #legsfordays !! ?? Jazzy mama, you owned this look and I am so freaking stoked about this one!

A post shared by Margarita Álvarez (@margaritaalvarezofficial) on Nov 8, 2017 at 5:21pm PST

MY LATINA AALIYAH?? @christinapalavra rocked it out in this 3 piece ensemble. She was my client and said she wanted full #aaliyah vibes, so I gave her my version of it. #designeemargarita #modelsoffduty #projectrunway

A post shared by Margarita Álvarez (@margaritaalvarezofficial) on Nov 8, 2017 at 9:41am PST

Alvarez also puts the spotlight on Puerto Rico after the destruction caused by Hurricane Maria. She recently posted a picture with Tim Gunn and encouraged volunteers to continue helping those struck by the tragedy.

?TONIGHT? This is me and my boyfriend @timgunn in the beautiful island I have in my heart and call home ??. This tropical beauty is what I will forever remember and won’t stop fighting for. We will bounce back from this and regain all of it, I’m sure, but as I watch this episode I can’t help but think how things are so different now. Tonight more than 3.5m resilient residents are still living without power, proper nutrition and health services. I am grateful for all the volunteers and everyone that has reached out to help, but this fight is far from over. We will not give up. #AllEyesOnPuertoRico #designermargarita #projectrunway #estoespuertorico #puertorico?? #margaritaalvarez #thisispuertorico #nyfw

A post shared by Margarita Álvarez (@margaritaalvarezofficial) on Nov 9, 2017 at 3:32pm PST

With Heidi Klum’s announcement that only three places are up for grabs at New York Fashion Week, excitement is heavy on Project Runway. All the remaining designers are giving their best shot as the season comes to a close on November 16. Will Margarita Alvarez be able to pull off a stunning win? Watch part two of the Project Runway season finale on Lifetime to find out!