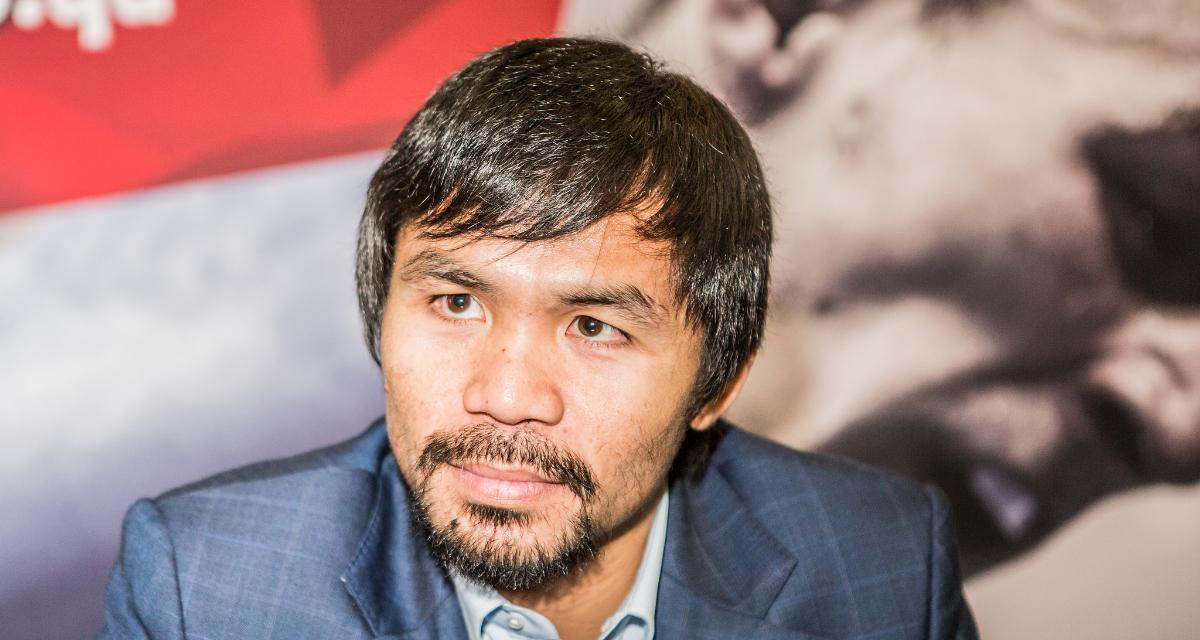 Manny Pacquiao is a Filipino world champion in professional boxing with an estimated net worth of between $190 million and $250 million . Today, most of us know him as the opponent of Floyd Mayweather, Jr. in last year’s “fight of the century,” the main boxing event held at MGM Grand in Las Vegas. He may have lost that fight, but in 2015, Forbes still ranked Manny Pacquiao as the second highest-paid athlete in the world, right after Floyd Mayweather.

Starting at the age of 14, Manny Pacquiao became the first and only eight-division world champion in boxing and has won 10 world titles over the course of his boxing career. He’s also the first to win lineal championships (beating the undefeated champion) in four separate weight classes. Pacquiao was named Fighter of the Decade by not one, but three organizations: the World Boxing Organization (WBO), the Boxing Writers Association of America (BWAA), and the World Boxing council (WBC). This is on top of his numerous other awards and recognitions.

Manny Pacquiao’s current net worth was largely earned as a boxer. Even though he was defeated by Mayweather last year, that fight itself reportedly earned him somewhere around $125 million, making up a good chunk of his current net worth. Since 2008, Pacquiao has received a guaranteed sum for every fight (ranging from $11 million to $60 million guaranteed), plus a cut from of the pay-per-view sales for some matches.

Although it’s where he’s made his fortune, Pacquiao’s skills are not just limited to boxing—he can also sing, act, and even play basketball really well. In fact, he played basketball professionally with the Philippine Basketball Association and even became an honorary Boston Celtics member, with a replica jersey and all.

Who would’ve thought that Manny Pacquiao started out as an extra in local films? His first lead role in a Filipino film came in 2005 with Lisensyadong Kamao. In total, he has acted in at least seven Filipino movies and was a guest on several television shows, including Rome Is Burning (2009), Jimmy Kimmel Live! (2009), and 60 Minutes (2010). He was also a judge for the 2015 Miss Universe pageant, not to mention being a part of his own biographical/documentary movie in 2014 called Manny, which was narrated by Liam Neeson.

After running for the Philippine House of Representatives in 2007 and getting defeated, Manny Pacquiao scored a landslide victory when he won in 2010, defeating the 30-year-old politically powerful Chiongbian clan. Taking down a strong opponent must have paid out well in the latter years of his political journey. In 2013, Pacquiao ran unopposed for his second term. By 2013, his estimated earnings were around $34 million, thanks to not only his political career, but also his $30 million match against Brandon Rios and sponsorship earnings from several different brands, including Nike, Hennessy, Monster Energy, and San Miguel Beer.

His Beverly Hills Mansion and Cars

In May 2015, Manny closed in on an exclusive $12.5 million mansion in Beverly Hills, Los Angeles. The manor is 10,000 square feet and happens to have its own home theater for up to 20 people. The Mediterranean-style chateau also has a grand entrance, formal living room, gourmet kitchen, and seven bedrooms for his wife and four kids. This sprawling estate was previously owned by hip hop millionaire Sean Combs (AKA Puff Daddy). The place also has a garage to park Manny’s black Ferrari 458 Italia and black Mercedes-Maybach S600. His fleet of cars also reportedly includes a two Bugatti Veyrons, another Bugatti Veyron Grand Sport, a couple more Ferraris, a Lamborghini Aventador, and a Porsche 911 Turbo S.

It all adds up to the fact that even though he lost to Mayweather last year, the humble Manny Pacquiao has made a lot more than most people often assume. It turns out the 37-year-old boxer has made more than imagined, and his net worth stands to grow even further from his upcoming fight in April against Timothy Bradley.