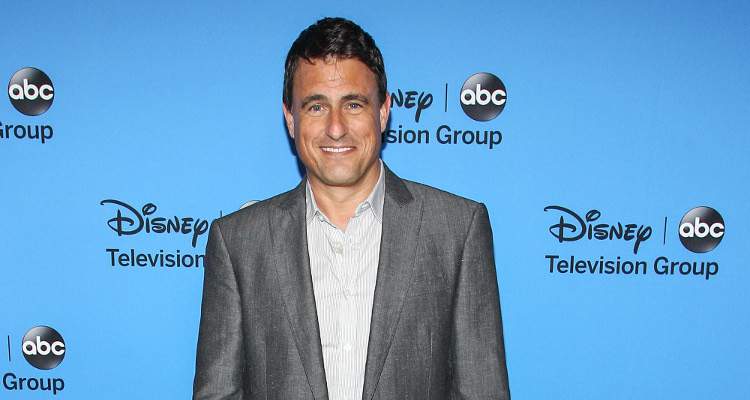 The long-awaited movie version of a fan-favorite television series aired yesterday, and it was all that fans were expecting and more! Psych: The Movie aired on the USA Network last night on December 7, with the original characters to bring back the nostalgia from the hit show. And, it featured a scene that everyone was waiting for—Shawn Spencer and Juliet O’Hara’s wedding! The spotlight now shines brightly on actress Maggie Lawson, who was married to actor Ben Koldyke in real life. Keep reading to know more about him in our Ben Koldyke wiki.

Actress Maggie Lawson reprised her role as the sweet Juliet O’Hara in Psych: The Movie. Fans love the chemistry between actors James Roday and Maggie Lawson, and the two getting married in the movie was the icing on the cake for Psych fans. Now, everyone wants to know about Maggie Lawson’s husband in real life. Get the full scoop on him right here.

He Was a Former High School Teacher

A look at Ben Koldyke’s family background shows that he comes from a high-profile business family. Koldyke’s father was an investment banker and the founder of Frontenac Company in Chicago. His mother belongs to the family who owns Laird Norton Company, one of America’s top investment companies.

Koldyke pursued a degree in English at Dartmouth College. He was also part of the football team.

Ben Koldyke then went on to take up a job as a high school English teacher and football coach in a Chicago school before a chance meeting with It’s Always Sunny in Philadelphia actor Rob McElhenney at Venice Café in Chicago. His career in television kickstarted a few years later.

He Made Appearances on How I Met Your Mother

Koldyke went on to star in many television shows including Boldly Going Nowhere and It’s Always Sunny in Philadelphia in 2009, The Newsroom in 2013, Mr. Robinson in 2015, among others.

And the best time was had by all! Thank you and I love you guys. This is one cool, talented, sa-weeeet bowl of nuts! #mrrobinson @iamtimbagley #benkoldyke

How I Met Your Mother fans may remember Koldyke’s role on the show as the unprofessional Don Franks, Robin Scherbatsky’s co-host on her morning show.

The actor was also part of Masters of Sex in 2016, playing the role of teacher and football coach Paul Edley. Life did come full circle for Koldyke!

Ben Koldyke’s net worth is unknown, even though he has earned quite a bit as a television actor.

Koldyke rose to fame after his marriage to Maggie Lawson in 2015. After being in a long-term relationship with fellow Psych actor James Roday, Lawson became Ben Koldyke’s wife, and many Psych fans were heartbroken.

@humannottaco omfg, maggie lawson married ben koldyke this year. when did she break up with james roday? love is dead.

Maggie Lawson and Ben Koldyke met on the set of ABC’s baseball comedy, Back in the Game. Lawson played the lead role of Terry Gannon, a single mom and former softball champion.

The couple got married at a ranch in New Mexico in August 2015. Sadly, their marriage didn’t last long.

According to sources, Lawson and Koldyke got divorced in early 2017. Lawson stopped wearing her wedding ring in public and changed her name on Instagram.

Ben Koldyke prefers to stay out of the limelight, especially after his divorce with Maggie Lawson.

We did find a few of Ben Koldyke’s pics with Lawson in happier times. But now, Koldyke seems to have disappeared from Instagram!

My first picture of .. Eh … Baggie? Men? Is there a ship name? Someone help lol ? #psych #maggielawson #benkoldyke

Koldyke posts intermittently on what seems to be his Facebook account. His profile mentions that he now works on a ranch.

Koldyke mostly posts pictures of him with his dog, who looks like he is the best part of Ben Koldyke’s life now.