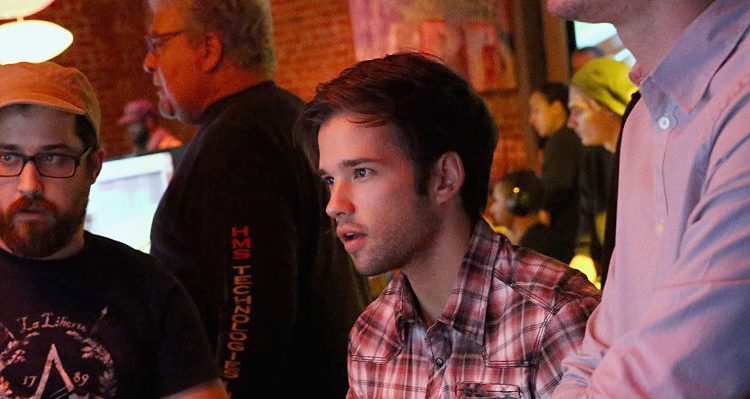 Nathan Kress and his brave and lovely wife, London Elise Kress, are on cloud nine right now because they have been blessed with a wonderful baby daughter that they have named Rosie Carolyn Kress. Nathan Kress’ wife is a model, actress, and stuntwoman who is not afraid to do the dangerous stunts that make other actresses look so good on screen. The happy couple got married on November 15, 2015, and seem very comfortable with each other. We have some interesting facts about this talented young woman in our London Elise Kress wiki.

There is tremendous joy in the Kress household right now. That’s because Nathan Kress’ wife, London Elise Kress, has given birth to a sweet and beautiful baby girl that they have lovingly named Rosie Carolyn Kress. The baby girl was born on Thursday, December 21, 2017, and her proud parents couldn’t be happier.

Nathan Kress couldn’t control his emotions and shared this good news with his fans and well-wishers by writing on Twitter, “Rosie Carolyn Kress, born 12/21/17 at 3:59 pm. 6 lbs, 6 ounces of utter joy. Mom and baby are doing amazing. I am an emotional wreck. In the good way!”

After hearing the news of the birth of London Elise Kress’ baby, people are curious to know how the mother is doing and want to know more about her. So, keep reading to know more.

She’s a Brave Stuntwoman and Actress

Born on November 2, 1992, in Texas, United States, London Elise Kress’ age is 25. Kress was raised in the state of Michigan and attended Lenawee Christian School in Adrian, Michigan. She is the wife of actor Nathan Kress.

Let's bring back chapped lips and side bangs #chapstickandchappedlipsandthingslikechemistry

Nathan Kress is an American actor, director, and former professional child model, who has been acting since the tender age of three. He played the role of Freddie Benson on the Nickelodeon series, iCarly.

London Elise Kress is an actress and stunt performer who has worked on several films such as Oz the Great and Powerful, Into the Storm, Grandma, and Insidious: Chapter 3. As an actress, Kress has worked in several films like The Other Woman, Ghost Adventures, and Rake.

Kress is a model as well and very passionate about her work. She has a younger sister whose name is Sydney Katherine Moore. In case you haven’t noticed, both sisters are named after famous cities.

Head Over Heels in Love

Reportedly, when the couple first met, they realized that they couldn’t stay without each other and got engaged on May 29, 2015. They were married before the year was over on November 15, 2015, in Los Angeles, California.

Today marks 2 years of wedded bliss with this woman right here. 2 times around the sun with someone who adds an incomprehensible light of her own to every day. It's amazing thinking about what has happened in such a short time– loads of ups, our fair share of downs, but nevertheless, an unstoppable partnership that only gets better as the months go by. I love this picture, because even after 2 years, we still have at least one moment that looks just like this, every single day. I say that with no exaggeration. I'm so ridiculously blessed to live life with someone who still makes this kind of giddiness happen, again and again. Happy Anniversary, Lon! Here's to all the rest of em 🙂

At the time, Kress took to social media to express her feelings about her fiancé and wrote, “What an amazing date day with my best friend. One to go down in the books…as every day is with him. He blesses me every single day and makes life so, so magical and that much more beautiful. Here’s to the rest of our lives, my dear one. This is only the beginning.”

Happiness Is All Around

Fans who want to know a little more about the stunt performer should head over to her Instagram account. London Elise Kress’ Instagram account is full of pictures of a pregnant Kress, Kress with her husband, friends, and pet dogs, along with some of Kress eating out at fine restaurants and diners. It’s obvious from the pictures that Kress is adventurous, fun-loving, outgoing and a bundle of fun.

Right now, Kress is, of course, taking care of her baby, who is the center of the universe for the young couple. It’s Kress’ first child, and she is very excited to be a mother to her tiny bundle of joy.

We wish Nathan and London Elise Kress, as well as their sweet baby, the very best.