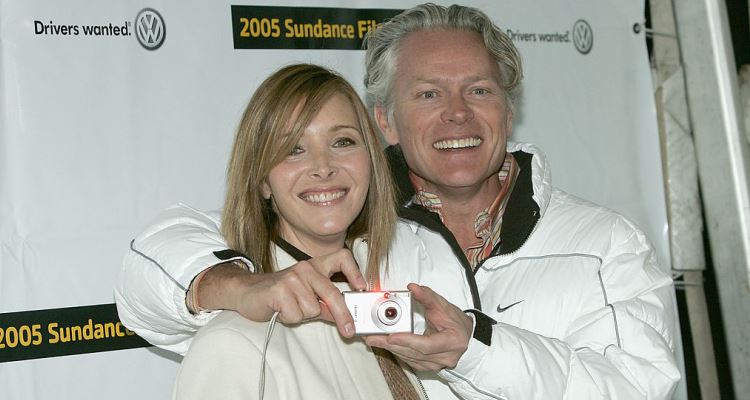 Most romantic relationships in Hollywood typically don’t last longer than one hot minute! We’re constantly hearing about celebrities hooking up and then breaking up at the speed of light, to the point that it’s shocking when we come across a celebrity couple whose relationship actually lasts! (We’re looking at you T-Swift, Kim K, JLo…the list goes on.) When we think of enduring and loving celebrity couples, one unlikely yet favourable union comes to mind: Lisa Kudrow and Michel Stern. It’s perfectly all right if you don’t know who he is because he’s not famous of his own accord. Nevertheless, there are still a few interesting facts to learn about the man behind our beloved “Phoebe Buffay.” Learn all you need to know about him, right here.

In a strange turn of events, Lisa Kudrow and Michel Stern, who is a French advertising executive, met at the wrong place at the wrong time. From her perspective, however, it was instantly love at first sight. Lisa was introduced to Michel in the late 1980s when he was dating her French roommate. He had just immigrated to America and didn’t know a lot of people at that time. It’s actually a very cute story!

That day, he was dropping by Lisa and her roommate’s apartment to pick up her friend for a date. They’d only been dating for a few weeks at the time and Lisa just happened to be home. As soon as she saw him and he introduced himself, she was smitten. Being the incredibly shy and polite person that she is, she tried to hide her attraction to him for the sake of her friend. Here’s how Lisa tells the story of how she first fell in love with Michel:

“I was living with a French girl and he had just moved here and they were dating when we first met. But I’m freakishly polite, so I saw him and went, “Well, he’s the perfect man and it’s all ruined because now they’re together and I can’t (make a play for him). I thought that that’s not nice to flirt. But the minute I saw him I went, “Well, that’s it, there he is.”

She went on to comment, “When he’d come to pick her up, he’d say, ‘Oh hello, Lisa,’ and I’d say, ‘Hi,’ and I’d go and leave the room and he thought I was a freak. They went out for two and a half months, and six years later I met him again at her birthday party and we just never stopped. We’re still friends.”

It’s crazy how she probably thought she’d never see him again after he broke up with her roommate, but then out of the blue, right when she least expected it, they ran into one another and reconnected…at her old roommate’s birthday party, no less! Talk about serendipity! The couple was married in 1995, just one year after the hit NBC series, Friends, premiered. Michel Stern has a son with Lisa Kudrow (who’s now in his late teens) and her pregnancy was actually featured in the show as a subplot! Their son, Julian Murray Stern, was born on May 7, 1998. 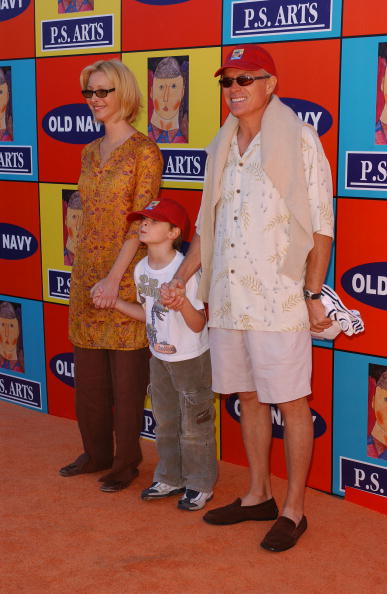 The Rumour Mill was Buzzing

Lisa Kudrow and Michel Stern were married at the ages of 31 and 37, respectively. For the longest time, there were rumours flying around Hollywood regarding Kudrow’s virginity at the time of their marriage. These rumors were based on a few vague comments she’d made earlier in her career, when she was a guest on The Tonight Show with Jay Leno. She’d stated that, as a child, she’d always admired the idea of being a virgin when she got married because whomever she chose to give her virginity to would have to truly earn and honour the privilege. That statement sparked the rumour that Lisa was saving herself exclusively for marriage, but as luck would have it, that’s not exactly how things turned out! In 2011, Kudrow went back on the late-night show to clear the air and explained that Michel Stern wasn’t her first lover, and left it at that. In the past, she was linked to another famous late-night funnyman, Conan O’Brien, but the two decided they were better off as just friends and colleagues.

While there isn’t a whole lot of information available on the Internet about Michel Stern himself, we were able to dig up some information on Michael Stern’s net worth. It is estimated to be about $1.1 million. Given Lisa Kudrow’s high status in Hollywood and her international fame, it shouldn’t come as a shock that the woman is worth quite a bit more than her husband. According to multiple sources, Lisa Kudrow’s net worth is an estimated $60.0 million! Some might not find that surprising, considering the fact that towards the end of Friends’ 10-season run, she was one of the highest paid TV actors in the industry, raking in $1.0 million per episode! Let’s also not forget that her career status has been on a constant upward trajectory since she broke into the entertainment industry nearly 30 years ago.