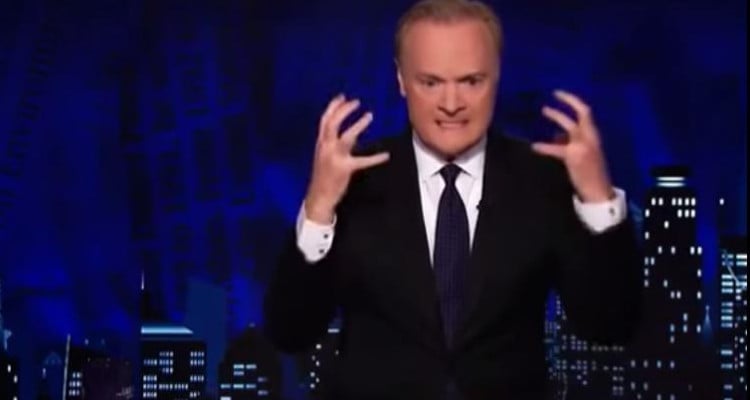 Lawrence O’Donnell tweeted an apology after a video surfaced showing him yelling at staff while working on his MSNBC news show. In the leaked video, O’Donnell was visibly frustrated over technical difficulties, which he could hear in his earpiece. Find out everything about the host of The Last Word with Lawrence O’Donnell, right here.

It’s only human to get agitated, especially about technical difficulties, and especially when you’re live on-air. But it’s not fair to take it out on those who are not responsible, nor is it appropriate to act unprofessionally during such on-air instances. Lawrence O’Donnell quickly realized this after a video of him yelling at MSNBC staff leaked, and boy was it ugly. It seems that everyone and their mother has now seen the leaked video, and Lawrence O’Donnell has every reason to be embarrassed. He went off on the staff in the control room for sounds he was hearing in his earpiece, and lost his temper when the sound of someone hammering during his segment would not desist. He has since apologized for losing his cool, but people are still buzzing (and laughing) at the host today. Find out more about the news anchor right here in our Lawrence O’Donnell wiki.

The Makings of a News Anchor

Lawrence O’Donnell was born on November 7, 1951, in Boston, Massachusetts to Frances Marie and Lawrence O’Donnell Sr., an office manager and attorney. He went to St. Sabastian’s School, where he was captain of the baseball team.

He graduated from the prestigious Harvard University with a degree in economics, in 1976. While in college, he wrote for the undergraduate humor publication, Harvard Lampoon. His sarcastic views were appreciated and his column became pretty popular among students.

O’Donnell had a passion for writing, and throughout the late ’70s and ’80s honed his craft. He published a book, Deadly Force, about police brutality and a wrongful death, based on a case his father worked on. The book was made into the made-for-TV film, A Case of Deadly Force.

The Many Faces of Lawrence O’Donnell

Lawrence O’Donnell worked a lot of jobs that, in a way, inspired him, and taught him a lot about the political world. He worked as a legislative aide to Senator Daniel Patrick Moynihan and was also his senior adviser. Under Moynihan’s chair, O’Donnell was the staff director of the United States Senate Committee on Finance, and worked with the senator for seven years between 1988 and 1995.

O’Donnell was also a producer for The West Wing from 1999 to 2005, and even won an Emmy Award for Outstanding Drama Series in 2001. That wasn’t the end of TV for O’Donnell, who acted in the HBO series Big Love as an attorney. He even appeared in the hit show, Monk as a judge.

O’Donnell’s MSNBC career took off in 2009 when he became a regular on Morning Joe with Joe Scarborough. He was quickly known for his aggressive debate style and confrontations on air, that eventually led to him being removed from the show. The next year, O’Donnell was a regular substitute for Keith Olberman on Countdown with Keith Olbermann when his father was in the hospital. When Olbermann left the network in 2011, O’Donell was given the 8:00 p.m. time slot with his own show, The Last Word with Lawrence O’Donnell, which was then put in the 10:00 p.m. slot.

Though hosting his own show, controversies still followed the host. In a 2010 interview, O’Donnell fell into trouble when he introduced RNC Chairman Micheal Steele saying, “Michael Steele is dancing as fast as he can, trying to charm independent voters and Tea Partiers while never losing sight of his real master and paycheck provider, the Republican National Committee.” When Steele later expressed his offense to the MSNBC host, O’Donnell apologized for his racially insensitive remarks.

In 2012, he spoke ill of The Church of Jesus Christ of Latter-day Saints, saying, “It was created by a guy in upstate New York in 1830 when he got caught having sex with the maid and explained to his wife that God told him to do it.”

After his latest controversy, O’Donnell took to Twitter to apologize for his words and actions off-air.

A better anchorman and a better person would've had a better reaction to technical difficulties. I'm sorry.

Though O’Donnell has been in the center of a lot of scandals, his late night show on MSNBC has great ratings. With all of his projects in TV, he definitely has a lot in his pot of gold! It is estimated that Lawrence O’Donnell’s net worth is a gasp-worthy $12.0 million. He receives an annual salary of about $4.0 million. So as far as the sarcastic host’s pocket goes, he is doing just fine, despite his many on-air blunders!