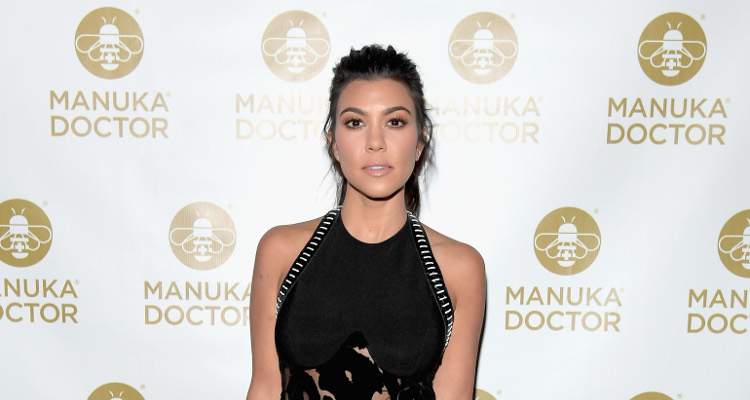 The Kardashians are famous for supporting each other during hard times as well as good times. They say a small gesture is enough to show that you care and appreciate. Kourtney Kardashian shared the same gesture. If you check Kourtney Kardashian’s Instagram, she recently wrote a sweet and cute letter to her sister Khloe Kardashian.

Kourtney wrote, “Dear Khloé, What’s up? How is the grounded life treating you? I hope it is fun and exciting! I was just thinking about my little (big) Khlo-ball, and so I thought I would write you a note. I also wanted to ask you if you would be my valentine – please!?! I love you and miss you! [sic]”

Out of all the Kardashians and Jenners, Khloe and Kourtney have the strongest bond with each other. Both of them even started their show Kourtney and Khloe Take Miami. It premiered on August 16, 2009. This series was all about Kourtney and Khloe as they moved to Miami for a while to open their store D-A-S-H. However, from the third season onward, Kim replaced Khloe as Khloe had other work commitments.

Lately, both the sisters have been going through a tough time. Kourtney’s longterm boyfriend checked into rehab because of his drinking and drug problems. However, there was some news about his relationship with some other girl. Scott Disick is trying his level best to gain Kourtney’s trust back, but she is finding it hard to believe him again. Kourtney and Scott have three kids together.

Scott is also close with Khloe and has appeared on the show many times; we saw Scott and Khloe having a heart-to-heart conversation about his whole situation with Kourtney. Khloe is known be straightforward and blunt with everybody, and perhaps, this is the reason why Scott goes to her with his problems. Another reason could be the fact that Khloe and Kourtney Kardashian are close to each other.

Lately, Khloe is also having a hard time dealing with her husband, Lamar Odom. He was in the hospital for several weeks after he was found unconscious in a Las Vegas brothel. Lamar has a bad history with alcohol and drugs, although Khloe had filed for divorce even before he was in the hospital, she put the papers on hold to be with him.

According to sources, Khloe cannot take the relationship anymore and has re-filed for divorce and wants to move on with her life and start fresh. Even though both the sisters are dealing with a lot of things, we are sure everything will be okay in their lives.