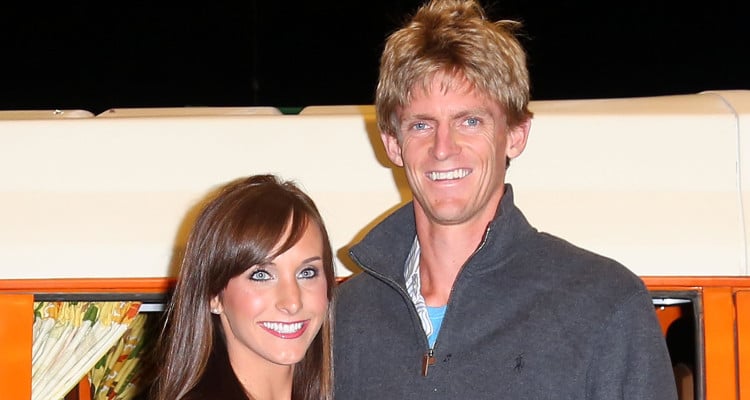 South African tennis player Kevin Anderson is ready to play the U.S. Open semifinals against Pablo Carreño Busta. He already achieved a lot in his professional life, but what do we know about his personal life? Who is Kevin Anderson’s wife? If you want to know more about her, then take a look at Kelsey O’Neal’s wiki.

At the age of 31, professional tennis player Kevin Anderson has accomplished a lot. Currently, the Association of Tennis Professionals has Anderson ranked No.32 in men’s singles. To have an incredible career, you not only need to put in the effort, but also have a significant amount of support. Undoubtedly, Anderson’s biggest supporter is his beautiful wife, Kelsey O’Neal. If you want to know more about who Kevin Anderson is married to, then you came to the right place! We have some interesting facts about Kevin Anderson’s wife.

Born on November 11, 1986 in West Palm Beach, Florida to Lynn and Timothy O’Neal, Kelsey O’Neal’s age is 31. Timothy is a PGA Master Professional at North Shore Country Club. Her sister, Megan, was a tri-captain for the University of Illinois athletics, where Kelsey graduated with a degree in accounting. She worked as a CPA for almost three years before quitting her job at Ernst & Young to travel with her husband, Kevin Anderson, on the ATP World Tour, where she also manages his affairs.

In 2015, O’Neal decided to start a blog, Tour Wife Tales. The primary goal was to share a behind-the-scenes look into tennis. Her efforts were positively received by many news networks like BBC, CNN, and even tennis player Andy Murray.Because of the blog’s success, many readers were curious about the lifestyle of elite tennis players.

O’Neal is also the co-founder of Reallife Tennis which is run by “four close friends from four different corners of the globe, who happened to form a life long bond over our passion for tennis and life. One professional, two coaches and one wife, we each offer different perspectives on the world of elite and amateur tennis. We hope our expertise will cultivate your own knowledge of the game, improve your skills and provide meaningful inspiration from our varied tennis lifestyles both on and off the tour.” O’Neal is the primary contributor to the lifestyle section of the site, with information about the personal side of professional tennis.

Anderson met O’Neal while studying at the University of Illinois. While in college, she played golf for Illini’s women’s golf team. Talking about her husband’s career, she said, “I was introduced to the world of tennis later in life upon meeting my now husband, Kevin Anderson, at university. As a collegiate golfer, I had a mutual understanding of Kevin’s dedication to sport, but quickly learned that tennis was more than just a ‘game’ for Kevin; it was a way of life.”

The couple dated for a while before finally tying the knot in 2011, in Wilmette, Illinois. Talking about their wedding, Anderson remembered, “It was just an incredible weekend, especially having friends and family coming from all over the world to be a part of our special occasion,” he added, “Illinois has become my home since leaving South Africa; it was where I went to college and where Kelsey and I met. It was the most special day of my life.” The couple went to Miami and St.Lucia for their honeymoon. They even bought a home in Delray Beach, Florida.

Some days you just need a cookie the size of your head!!! ? #omnomnom (humorous side note: when taking this photo, iPhone face-detected the giant cookie)

When she is not busy cheering for her husband or writing, O’Neal loves to watch movies and TV shows. Her favorite movie is The Wizard of Oz and she likes to binge-watch The Bachelor, Game of Thrones, and Outlander. Besides her husband, O’Neal’s favorite ATP players are Rafael Nadal and Gaël Monfils. When she is not busy working, she can be found doing pilates, reading a book, or soaking up the sun. The best part about O’Neal’s job is that she gets the opportunity to meet and interact with people from all over the world.