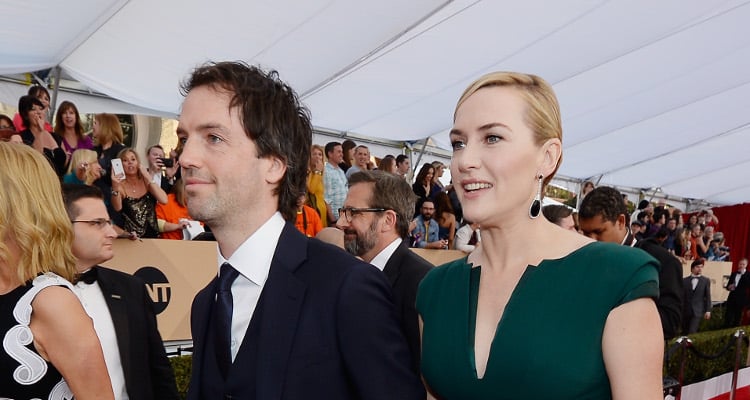 Ned Rocknroll was a live wire who was always ready to do the most outrageous things. However, after his marriage to actress Kate Winslet, there has been a noticeable change in him.  While his marriage keeps him grounded, Rocknroll dreams of going to space with a little help from his friend and uncle, Sir Richard Branson.

It sure looks like third time was the charm for actress Kate Winslet. She married Ned Rocknroll who left his job at Virgin Galactic to stay at home and take care of the Winslet kids. In fact, the actress said that he is “incredibly supportive” and “the most enthusiastic person I have ever met in my life.” Kate Winslet’s husband takes the children to school and is in charge of renovating their over $4.0-million property. All in a day’s work! So, who is Ned Rocknroll? He is billionaire businessman Sir Richard Branson’s nephew and a rich extrovert with abundant charm. Kate Winslet and Ned Rocknroll have been together for a while, defying doomsday predictions for their relationship. Here are a few details from Ned Rocknroll’s wiki.

Growing Up in Chaos

Born in 1978 to Lindy Branson and Robert Abel Smith, Ned Rocknroll’s age is 39. Though his real name is Edward Lyulph Abel Smith, he later changed it to Ned Rocknroll, proving that he was every bit as bohemian and unpredictable as his famous uncle, Sir Richard Branson. Rocknroll’s parents separated when he was still a toddler, so he was raised by his mother and stepfather, Robin Brockway, “in an arty, chaotic household” in Parsons Green, South-West London. He was one of the five, boys so his childhood was definitely eventful!

The Name Says it All

Once Rocknroll grew up, he naturally gravitated towards his famous uncle who ran a slew of businesses including the newly founded Virgin Galactic. He started working in the company’s marketing department and legally changed his name in 2008 because “He thought Rocknroll was a great name, as he hopes to rock ‘n’ roll into space.” His name became a conversation starter, and he did well with the ladies. He married his first wife Eliza Pearson, the daughter of a Sussex landowner, in 2009. The marriage barely lasted 20 months before the couple separated. Though Pearson was reluctant to leave him, things changed dramatically when Rocknroll met Kate Winslet in Necker island where she was vacationing with her two children.

Rocknroll and Winslet fell for each other and 16 months later got married in the Catskill Mountains in New York State. Neither of their families attended the wedding, and it reportedly wasn’t until weeks later that Winslet’s father was told the news. Rocknroll has one  child with Winslet, a boy named Bear Blaze Winslet who was born on December 7, 2013. Along with Bear, Kate Winslet’s husband looks after his wife’s kids from her two previous marriages. Considering Ned Rocknroll’s net worth is a healthy $25.0 million as well as  Winslet’s considerable wealth, it’s no surprise that the family lives in luxury.

Rocknroll All the Time

Ned Rocknroll is an endearing person, and even has the approval of Winslet’s best friend, fellow actress Emma Thompson. Thompson says, “He is a cyclist, camping buddy, lets-climb-Everest-next kind of person.” She also believes that the couple can do anything, “They’ll probably build a house out of goat poo or something!” Suffice to say, like his name suggests, Rocknroll is nothing short of exciting!