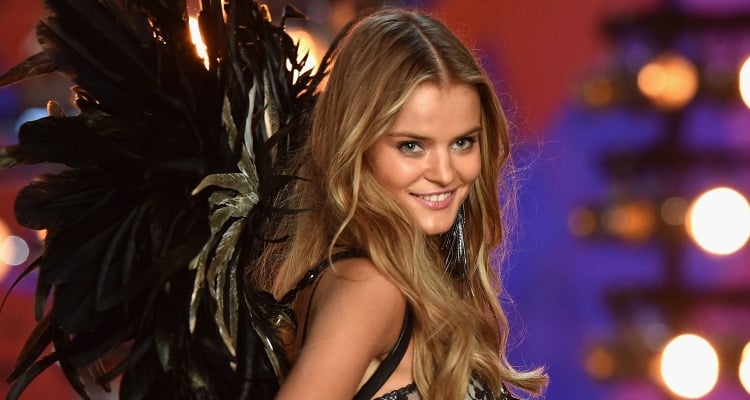 In anticipation for the Victoria’s Secret Fashion Show 2016 airing next week, we’re sharing some fun facts about your favorite Angels! Keep reading to find out some interesting facts about the beautiful Kate Grigorieva.

Born September 15, 1989 in Murmansk Oblast, Russian FSR, Soviet Union, Kate Grigorieva’s original name was Yekaterina Sergeyevna Grigorieva. The 27-year-old was born into a military family, and studied at the Murmansk State Technical University, where she majored in Marketing. Grigorieva married her boyfriend Alexander in August 2015, but it was later announced that he filed for divorce in 2016. If you’re wondering who her parents and siblings are, there is no information on her family, at least not in English. Several Russian sources have covered the model, but fans are hoping that as she gains global publicity for the VS Show, more details about her life will be made known!

Kate Grigorieva’s modeling career began when she participated in Miss Russia 2010, but she did not qualify. She tried again and was placed among the top 10 finalists for Miss Russia 2012. Later that year, she applied for the fourth cycle of Top Model pro-russki (the Russian adaptation of America’s Next Top Model) with her sister, Valentina. Soon afterward, she was signed to the ZMGROUP modeling agency. Kate Grigorieva’s agency experience also includes work with The Lions, Oui Management, Monster Management, and Premier Model Management. Kate Grigorieva’s net worth is estimated at $1.0 million by Muzul, but that number could grow after the Victoria’s Secret Fashion Show 2016.

Kate Grigorieva stands a 5 ft. 11 in. and weighs 121 pounds. According to Celebs Memoir, her measurements are 33-24-25 and she wears a shoe size of 8 U.S. If you’re wondering what was Kate Grigorieva’s diet before and after the Victoria’s Secret Fashion Show, there is no information on her meal plan or workout routine. But, based on how she looked during rehearsals and makeup for the show, we can say with confidence that she’s been working hard on her body! She looks amazingly toned for her runway walk! While some models share their workouts on Instagram to inspire their fans and show them how much hard work goes into modelling, Grigorieva prefers sharing photos of her natural beauty, runway outfits, magazine covers, and samples from various shoots. The Russian beauty shared what it was like to become a Victoria’s Secret model in a video interview. Watch it below to learn more about her!

Keep following her journey ahead of the Victoria’s Secret Fashion Show 2016 by staying up to date with her social media: