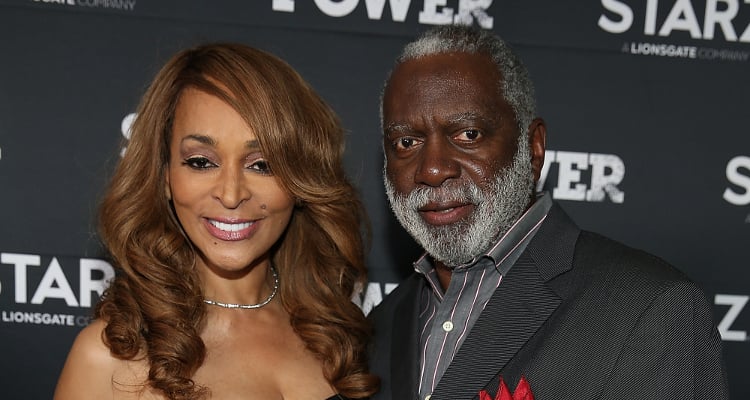 The Real Housewives of Potomac Season 2 came to a close, but thanks to Karen Huger and her husband, Raymond A. Huger, it was more than epic! Karen Huger was crowned the Grand Dame of Great Falls, and it’s all thanks to her husband.

Raymond A. Huger is a familiar face, thanks to his appearances on The Real Housewives of Potomac. During the finale last night, he and his wife, Karen Huger, shocked the other ladies with their lavish new home with nine bedrooms. Furthermore, she threw an extravagant Indian-themed housewarming party! While Karen is the Grand Dame of Great Falls, Raymond is known as the “Black Bill Gates.” Curious to know more about the Real Housewife’s husband? Here’s everything you need to know about Karen Huger’s better half in our Raymond A. Huger wiki.

Who is Raymond A. Huger?

The Bravo franchise centers around the wealthy ladies and their even wealthier husbands. So, it’s no surprise that Karen’s husband, Raymond A. Huger, is a high roller in Potomac’s wealthy circle. Raymond is a very successful entrepreneur. As the CEO of the technology company called Paradigm, he has earned a net worth of $40.0 million.

Karen also comes from an impressive background, where she worked her way to the top and became a successful entrepreneur herself with a net worth of $10.0 million! She dubbed her husband the “Black Bill Gates” and together, they’re Potomac’s own stately couple.

He graduated with a Bachelor’s Degree (BA) from Bernard Baruch College and a Master’s Degree (MBA) from Fordham University. For two years in a row, he was named a top entrepreneur by US Black Engineer & Information Technology. He was also awarded an honorary degree from the University of District of Columbia for his contributions to information technology innovations. Considering Karen throws a lot of parties and has many friends in politics, it is believed that Raymond is well-connected in the political field.

No #rhop this Sunday! Tune in July 2nd for our season finale. You don't want to miss it. There's a lot of #jelli and #wishfulthinking going on with some of the ladies at my 20th anniversary #weddingcelebration ! #rhop

Raymond has been the CEO of Paradigm for almost 20 years. However, before that, he had given 25 years of his life working for IBM as area staff director and a regional manager. Karen didn’t marry a millionaire, and as she puts it, “I think if you go out there with the agenda of ‘looking for a millionaire’ you may not find him, but you may find the qualities and the necessary tools in place. You just have to nudge him along in the right direction.” That’s what Karen did.

Raymond was well on the path to bringing a paradigm-shifting success to Paradigm. According to the company’s website, he grew the Paradigm Solutions information technology business from a start-up company to over $60.0 million in annual sales.

When Karen came into the picture, she used her socializing charms to impress the Potomac social scene.

With Karen’s support, Raymond turned Paradigm into a successful business. Karen put her career on hold for 17 years to help her husband. (It’s look like it certainly paid off!)

Also Read: Porsha Williams’ Net Worth: Is She the Richest “Real Housewife of Atlanta?”

Not love just for a day but love every day! Dinner with my rock my friend #hubby @2941restaurant #rhop

Karen and Raymond met when they were in their 30s, so by then, they were settled, self-made individuals. Many attribute this factor for their strong marriage of 20 years, where most marriages in the franchise crumble before they hit the 20-year mark. They’re so in tune with each other, but the Great Dame of Great Falls keeps her age a secret, as well as her husband’s. According to our speculation, Karen could be in her early 50s, as she met Raymond in her thirties and the couple has been married for 20 years. Raymond’s age is 70.

Fresh after her divorce, Karen met her future husband at The Congressional Black Caucus. “We were at a formal event, and he asked me to dance,” she said. “And he took me in his arms, and I swear to God, he was making this noise in my ear, but when he took me in his arms I knew.” She further added that they connected spiritually.

Karen took a break from her work to focus on raising their two children. Karen’s son Brandon is 29 years old and their daughter Rayvin is 19. Brandon and Raymond share a great bond, although he is not Raymond’s biological son.

He Can Afford a Lavish House

After ruling Potomac’s social circle as the power couple, Karen and Raymond move to a new home in Potomac. The other ladies are suspicious of Karen’s motives, so they try to be extra nice to her to get on the guest list of her over-the-top housewarming party/20th-anniversary celebration.  She convinces her husband to go with the exotic Bollywood theme. Monique confuses Indian with Native American, which give for some nice comedic relief.

When the ladies arrive for the Indian-themed party, their jaws drop! Mostly because when Karen and Ray talked about downsizing, they didn’t expect that they’d rent a nine-bedroom estate! Karen claims she’s “test-driving it” and if she doesn’t like it, then she’ll buy or build another home in Potomac.

Still, that doesn’t explain the lack of furniture! Some even begin questioning Raymond’s net worth, given the lack of household items. But they’re soon distracted by some very graphic PDA by the Hugers. Hey, with all that money, what do the Hugers care what people think!