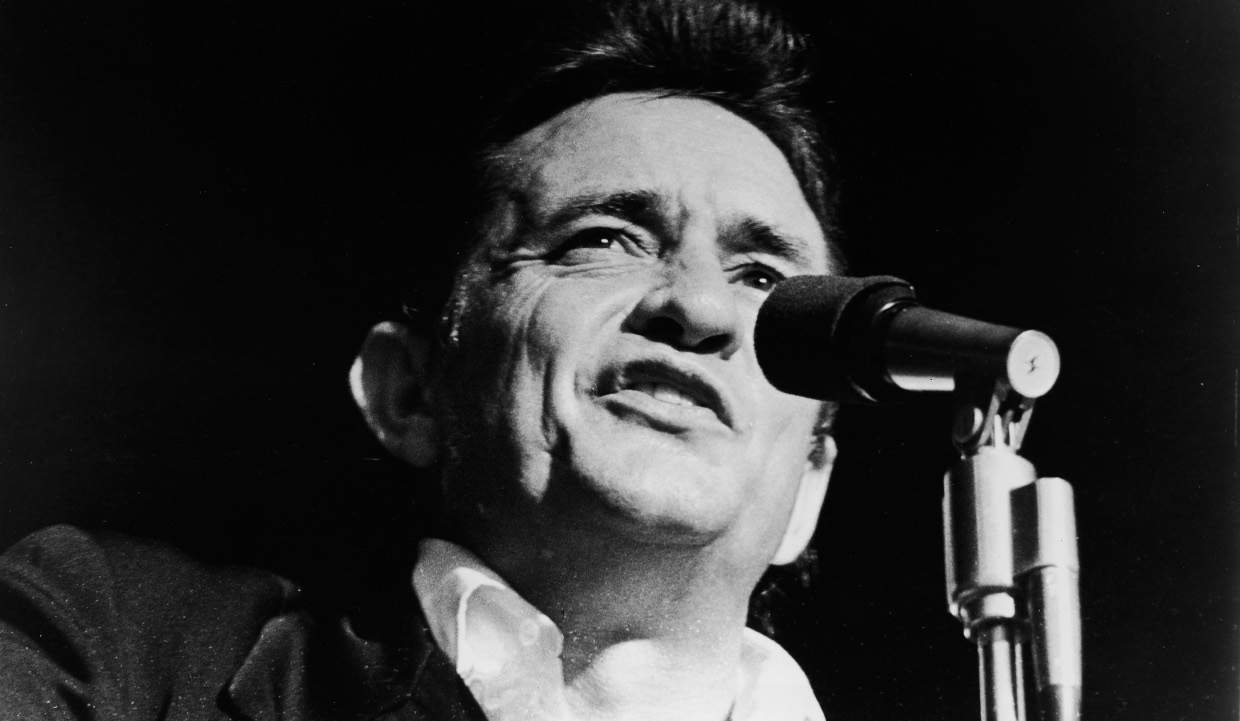 Johnny Cash’s first wife, Vivian Liberto, was immortalized as the woman he pledged fidelity to in his timeless hit, “I Walk the Line.” Their marriage broke down, but their romance lives on. The late Chris Cornell transformed Johnny Cash’s poem, “You Never Knew My Mind,” into a ballad. The posthumous recording is heart-rending and beautiful. These two music greats continue to live on, but so do Johnny Cash’s infamous romantic escapades. Before the public would forever link him to June Carter Cash, Vivian Liberto was the Man in Black’s muse. Our Vivian Liberto wiki reflects on their relationship.

Vivian Liberto Was from Texas

Vivian Dorraine Liberto was born on April 23, 1934 to Thomas Liberto and Irene Robinson Liberto. She, her brother Raymond “Ray,” and sister Sylvia grew up in San Antonio, Texas.

San Antonio is also where Vivian first met the Arkansas native J.R. Cash, who would go on to become Johnny Cash.

After their marriage, Vivian would live in Tennessee. She spent her final days in California.

Liberto Met Johnny Cash When She Was 17

Johnny Cash was in the middle of Air Force training when he met 17-year-old Vivian Liberto at a roller skating rink in San Antonio in 1951. He was about to be sent overseas, but that didn’t deter their courtship.

Cash was in Germany for his military service when they continued their long-distance relationship. While he was overseas, they exchanged more than 10,000 pages of love letters. These letters formed the basis of Liberto’s later autobiography, I Walked the Line, that was proofread by her sister, Sylvia.

Liberto told her co-author, Ann Sharpsteen, how Cash would scribble down lyrics for “Walk the Line” when they would be driving or simply sitting in their living room.

In August 1954, Cash was discharged and tied the knot with Liberto a month later. She was with him from his days as a door-to-door salesman to his meteoric rise as a musician.

Cash and Liberto moved from Tennessee to California where his music career soared, but they also drifted apart. The musician had a public battle with drugs and alcohol, which led to the breakdown of his marriage with Liberto.

The “Ring of Fire” singer admitted in an interview, “My first marriage was in trouble when I lived in California, and I have to take blame for that—because no woman can live with a man who’s strung out on amphetamines.”

Even Liberto believed that if it weren’t for the drugs, they would have remained married. After almost 13 years of marriage, she filed for divorce in 1966.

The couple’s marriage was also affected by rumors of an affair between Cash and June Carter.

Liberto Was Subjected to Death Threats

During his drug battle, Liberto and Cash were also subjected to a hate campaign from many of his Southern fans.

Cash infamously pleaded guilty to drug possession and got off with a deferred sentence. The photograph of the drug-addled star walking down the courthouse steps with Liberto created a stir.

Although Liberto’s ethnicity was Italian-American, she appeared black in the photographs to some. A white supremacist group targeted the picture and claimed that the money from his hit music supplied Cash with “dope and negro women.”

Vivian recalled in her book, “Johnny and I received death threats, and an already shameful situation was made infinitely worse.”

Cash’s associates say that although he vehemently denied being married to a black woman, he was racially tolerant. He partnered with black artists and touched upon racial equality in his lyrics.

Liberto and Cash Have Four Daughters

The girls were raised by Liberto after the divorce. Her book details that Cash was often away for days at a time when their daughters were growing up.

Vivian Liberto remarried Dick Distin, a former police officer from New York, after her divorce from Cash. The former Navy veteran was previously married and had three children. After their marriage, they settled in Ventura, California and raised their blended family.

Vivian passed away in 2005 from complications of lung cancer surgery, at the age of 71.

Liberto is survived by her daughters, stepchildren, grandchildren, and great-grandchildren. She is immortalized by the song she inspired, her book, and even a movie.

The 2005 biopic, Walk the Line, starring Joaquin Phoenix, Reese Witherspoon, and Ginnifer Goodwin, didn’t sit well with Vivian Liberto’s daughters. Kathy Cash even walked out of the family-only screening, claiming her mother (portrayed by Goodwin) was unfairly depicted as a shrew.

“My mom was basically a nonentity in the entire film except for the mad little psycho who hated his career. That’s not true. She loved his career and was proud of him until he started taking drugs and stopped coming home,” said Cash.

John Carter Cash, who executive-produced the film, was understanding of Kathy Cash’s claims, but said the focus of the film was his parents’ affair.