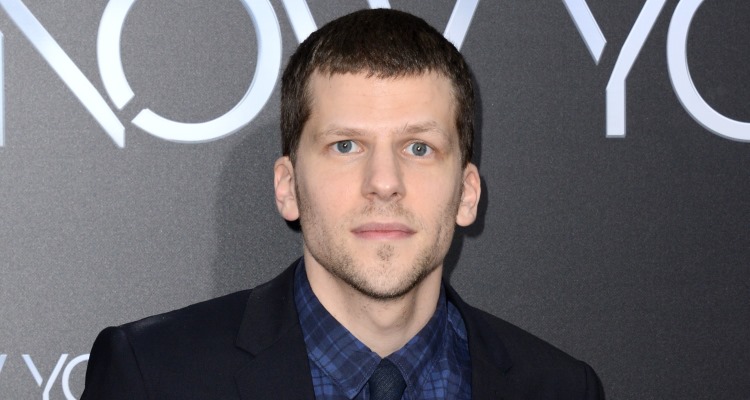 Eisenberg was born in Queens, New York City, and grew up in the East Brunswick Township in New Jersey. Eisenberg’s family consists of his parents and his two sisters, Hallie and Kerri Eisenberg. His mother, Amy (Fishman) Eisenberg, worked as a clown at children’s parties and later became a choreographer at a Catholic high school. She now teaches cultural sensitivity in hospitals. His father, Barry Eisenberg, drove a taxi, owned and worked at a hospital, and later taught sociology as a college professor. So, it seems that Eisenberg may have gotten his hardworking ethic from his parents! Eisenberg spent his school days studying in several different schools. He used to suffer from anxiety and extreme sensitivity and had a tough time in school.

Eisenberg started acting in plays from the time he was very young. After working on some Broadway plays, Eisenberg started writing screenplays when he was just 16 years-old! Some of his screenplays were optioned by major studios and Eisenberg got a leg up in Hollywood. Soon, he received his first role in the comedy-drama film, Roger Dodger. Eisenberg made his TV debut in the series, Get Real from 1999 to 2000. His second film, The Emperor’s Club opened to positive reviews and got him noticed. In the next eight years, Eisenberg worked on a number of films, including Cursed, The Squid and the Whale, The Hunting Party, Adventureland, Holy Rollers and Camp Hell.

Then came Eisenberg’s breakthrough role in the movie, Zombieland. The horror-comedy was a surprise hit and opened doors for Eisenberg in Hollywood. His next film, The Social Network put the stamp of approval on Eisenberg in regards to his acting abilities. He received nominations for the Oscar, Golden Globe and BAFTA Awards for best actor credited to his finely tuned performance in the film. Since then, Eisenberg has chosen his films very carefully. His priority is to act in great films with good scripts. He has acted in two of Woody Allen’s films, To Rome with Love and Cafe Society.

Eisenberg has been busy as a writer, as well. Eisenberg has written pieces for The New Yorker and for McSweeney’s web sites. He has written and acted in three plays that were staged in New York, namely Asuncion, The Revisionist and The Spoils. He has also written a book titled, Bream Gives Me Hiccups: and Other Stories. This is a short story collection that was released in September 2015.

The future looks exciting for Eisenberg. He is writing and directing a comedy adaptation of his own book for the big screen! He will also star in the sequel to Zombieland. Are you wondering if he’ll make his return as Superman’s nemesis, Lex Luthor? You got it! He will reprise his role as the villian, Lex Luthor in the upcoming Justice League film. Eisenberg is involved in charity work with respect to animals, as well. He just loves cats and helps to find homes for animals who don’t have one. He is also involved in raising awareness for the refugee crisis that has gripped the Western world. Eisenberg is a sincere, earnest, and caring person. His fans love him and can’t wait to see more of his movies, and Eisenberg will surely oblige them soon!