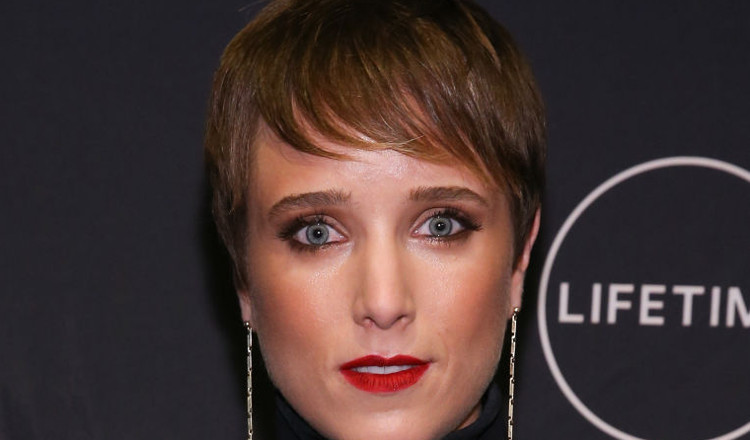 Lifetime’s movie, Cocaine Godmother: The Griselda Blanco Story, aired on Saturday (January 20), and many want to know about Griselda Blanco’s girlfriend, Carolina. The actress who played the role of Carolina is Jenny Pellicer. Find out all you need to know about this beautiful actress right here!

In a movie where the spotlight was on Catherine Zeta-Jones’ character, Griselda Blanco, it was Jenny Pellicer’s role has got everyone talking!

The actress held her own and gave a good performance as Carolina (the drug boss, Griselda Blanco’s lover) in the 1970s.

So, who is Jenny Pellicer? Keep reading to get the scoop on the actress.

She Is from Norway

Jenny Pellicer was born in Oslo, Norway. Her father is a diplomat from Mexico, and her mother is Norwegian-American. As a result of her mixed heritage, Pellicer speaks four languages and holds passports for three countries!

Pellicer completed her high school education at an international school in Oslo and then went on to work in Costa Rica, where she helped fight the spread of dengue fever.

The actress has earned a degree in law from Durham University in England. She specialized in international human rights.

An acting career was not part of Pellicer’s plan, but life took her that way when she moved to Mexico to help her family start a restaurant business.

Pellicer’s relatives are a big part of Mexico’s performing arts circles. Her uncle is a well-known poet, and one of her aunts has acted with Marlon Brando! They both encouraged her to pursue a career in showbiz.

Jenny Pellicer moved to Los Angeles where she connected with a talent manager, and the rest is history!

An Eclectic Mix of Roles

Pellicer grew up in an incredibly multicultural environment that she brings to her roles as an actress.

Jenny Pellicer was a cast member on 2014’s TV series, The Bridge. She played the role of Romina, a drug-addict, and the daughter of a wealthy politician who is involved in drug cartels. She will also be playing the role of a Norwegian reporter in an upcoming film.

Pellicer has also appeared in shows like Red Sleep and The 7D. She appeared in another TV series called State of Affairs, in which she played the role of a woman with many identities known as Emily. The show featured Katherine Heigl in a leading role.

The actress has numerous roles lined up, but it was her role as Carolina that everyone, including her, are most excited about!

Head over to Jenny Pellicer’s Instagram to know more about the actress’ life and work.

This is how you learn right? Time to get to work! @jazzstorie #guitarist

The infamous Griselda Blanco may have had three husbands, but she was also bisexual. And one of her lovers is portrayed in the movie as Carolina.

She swept me off my feet @lifetimetv #cocainegodmother #wcw

Even though the character of Carolina is not based on a real person, Pellicer brought the role to life. Her beautiful looks and charming personality definitely sent the temperatures soaring on set!

When asked about what made her pick the role of Carolina, Pellicer shared about how amazing the story was and how exciting it was to work Catherine Zeta-Jones.

Pellicer said, “It was a great script and a really fascinating story. I really didn’t know much about Griselda Blanco … [But] most importantly, Catherine. Catherine Zeta-Jones was going to play the role of Griselda, and I was going to get the chance to play opposite her and be her lover.

“It was very exciting to me. She is someone I deeply respect and admire, so I was super excited. Pee-in-my-pants worthy of excitement. I couldn’t believe it,” Pellicer added.

Jenny Pellicer also went on to reveal that even though the loves scenes were awkward, Catherine Zeta-Jones is a great kisser and they had a wonderful time filming the movie!

For those who haven’t watched Cocaine Godmother: The Griselda Blanco Story, the trailer gives a sneak peek. This is one story that was just waiting to be told!