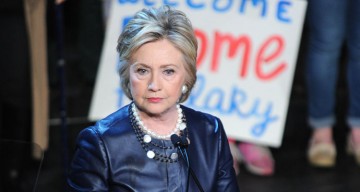 While Hillary Clinton has been in the public eye for all of her adult life, not much is known about her family. Did you know about Hillary Clinton’s siblings? Yes, Hillary Clinton’s family includes her two younger brothers. Hillary Clinton’s brothers are named Hugh and Tony and their sister simply adores them. Both are now in the spotlight because their elder sister could well become the next President of the United States this November 2016.

Her elder brother is named Hugh Rodham and is often called by his nickname ‘Hughie.’ Her younger brother is named Tony Rodham. Both of her brothers have similarities but at the end of the day, they are both completely different individuals. They both went to Maine South High School in Park Ridge, Illinois. Though Hillary excelled in academics, her brothers were not so academically oriented. That’s a polite way of saying that both were not as interested in their studies as Hillary was. Hugh played on his High School wrestling, football and baseball teams, while Tony did not participate in sports at all. From then on both brothers went their separate ways.

Hugh attended Pennsylvania State University and secured a Bachelor of Science degree. He then served in the Peace Corps in Colombia for more than a year. There, he trained teachers and found deep fulfillment in doing so. He then earned degrees in education and law from the University of Arkansas. Hugh then moved to Miami and started to practice criminal law. He became the investigator for the public defender in Dade County. Later, Hugh joined the famous Miami Drug Court where he excelled. He became known for putting in long hours at work even though the salary was low. His performance was appreciated by everybody including Janet Reno.

Black Sheep of the Family?

Tony on the other hand has been a bit of a black sheep in the Rodham family. Though Tony attended the University of Arkansas and Iowa Wesleyan College, he did not receive a degree from either of these two institutions. Tony held and worked at several jobs in the years after college. He worked at a metal equipment company in Texas and as an insurance salesman in Chicago. He even worked as a prison guard. Later on he worked as a process server and a private detective, as well.

The trouble started after the Clinton couple occupied the White House in 1992. Both brothers were then accused of using the Clinton name to get their own business going. Tony especially was singled out and attacked by the media. He didn’t do himself any favors when he said that he was a problem solver. He described himself as a person who got people together; a person who arranged meetings so that people could sit down and solve their problems. Tony went into business ventures in industries like oil and gas, housing, teaching, pharmaceuticals and water but failed in each one of them. Though Bill and Hillary helped him many times, Tony was just unable to make a success of himself.

Hugh tried to enter politics and run for office but could not succeed. He did cause some controversy over receiving money for arranging pardons for convicted individuals, but that ended after he returned the money. Still, Hillary was embarrassed and stated that she did not have prior knowledge of these deals. Hugh has certainly been better than Tony at not causing problems for his sister. After his unsuccessful bid in politics, he has stayed out of the public eye, and he has not played any hand in the 2016 campaign.

Hillary is a person who learns from her mistakes. Earlier she used to help her brothers and she faced a lot of criticism for that. This time she has been very careful. She has not involved her brothers in her public life. From now on it looks likely that the siblings are on their own.