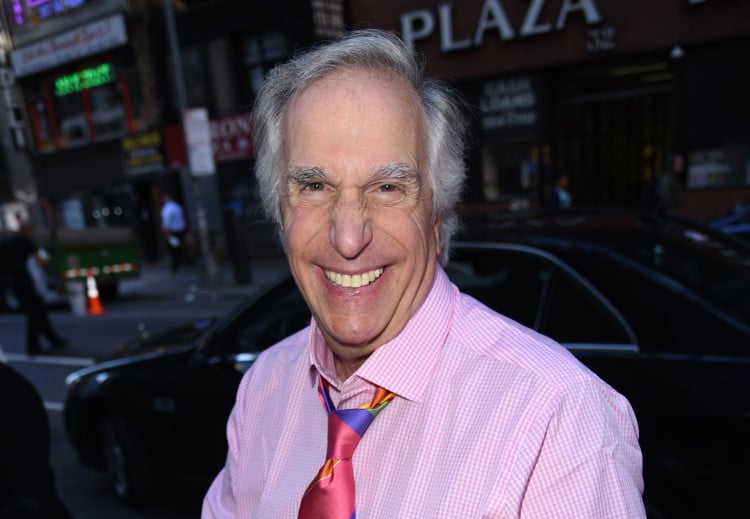 We can’t say ‘The Fonz’ is back. That’s because he never went away in the first place. That’s right! The iconic character of ‘The Fonz’ or ‘Fonzie’ is still remembered fondly and loved even though Happy Days originally aired over four decades ago. And the actor most known for playing ‘The Fonz,’ Henry Winkler, is still bringing smiles to all of his fans! People are curious about Henry Winkler’s family and their heritage. Many ask, “Is Henry Winkler Jewish?” Don’t worry, we will give you these answers and more on this timeless actor.

Winkler’s parents were Jewish and in 1939 they emigrated from Berlin, Germany to the United States. They knew that they were not going back, given the situation in Germany during World War II. Though they did not keep kosher, Winkler was raised in the traditions of Conservative Judaism. However, Winkler was not religious as an adult, though he did attend the Congregation Habonim with his family. Check out Henry Winkler’s wiki page on the net.

Though Winkler is destined to be remembered as the ‘Fonzie’ all his life, he has accomplished a huge body of work over the years. Winkler has been active in both films and TV shows. He started his film career in movies like The Lords of Flatbush, Heroes, The One and Only and An American Christmas Carol. However, it was TV that made Winkler a household name in the ’70s with the sitcom, Happy Days. He auditioned and got the part of Arthur Herbert Fonzarelli, an Italian who is the comic foil to Ron Howard’s lead character. Though ‘The Fonz’ started out as a small character on the show, people loved him and he soon became the main focus within the cast, causing the Happy Days ratings to increase. People still look back on Happy Days and remember ‘The Fonz’ fondly.

Later in his career, Winkler became a producer and director, as well. He directed movies like, Memories of Me and Cop and a Half. He also produced TV series such as MacGyver, So Weird, Mr.Sunshine and Sightings. Winkler is an author, too! He overcame the learning disability he suffered from since childhood and started writing children’s books. So far, Winkler has written 19 books.

Unlike many stars, Winkler did not have any political leanings. He just focused on his work and made people smile and laugh with his unique brand of comedy. However, he did support Barack Obama in his election for President and encouraged people to go out and vote. Winkler has been married to his wife Stacey since 1978. Henry Winkler’s family also includes a son and a daughter.

Winkler is also an avid fly fisher and says it’s the best stress buster in his life. He catches fish every time! After all, Winkler has got the hook.