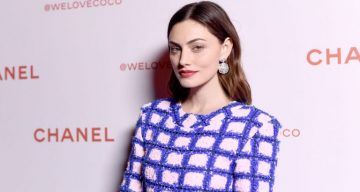 Following the latest tear-filled episode, fans of The Originals want to know if Hayley Marshall is alive or dead. As the series approaches its end, characters are being cut and viewers are curious to know every detail of how it will all wrap up. Will Hope still have her mother when the dust settles?

As season 5 of The Originals inches towards its finale, fans want to know how the series will send off its final episodes. And in case you were unsure, yes it is coming to an end, as it was confirmed on July 20, 2017.

The Originals is a spin-off of The Vampire Diaries, which concluded on March 10, 2017, after 171 episodes over eight seasons. It follows the Mikaelson siblings —Klaus (Joseph Morgan), Elijah (Daniel Gillies), and Rebekah (Claire Holt)—who were the first vampires in existence. They, too, appeared as prominent characters in The Vampire Diaries, where their strong following began.

Who Is Hayley Marshall?

Phoebe Tonkin plays Hayley Marshall, a vampire-werewolf hybrid who has a daughter, Hope (Danielle Rose Russell), with Klaus. She is the Alpha of her werewolf bloodline (and the rest of the Crescent pack), after being recognized as such after she married another Alpha, Jackson Kenner, who died in season 3.

After watching the fifth episode of the season, people want to know if Hayley is really dead in The Originals. The series has a habit of “killing off” these mystical characters, only to bring them back later. So, naturally, fans are wondering; Did Haley die in The Originals?

Hope finds out that Roman (Jedidiah Goodacre) was working with Greta (Nadine Lewington), who kidnapped Hayley.

Hope is faced with an impossible choice between binding Hayley’s werewolf side or losing her mother forever. After all is said and done, does Hayley die in The Originals season 5?

The mother-daughter duo comes up with a plan that involves binding Hayley’s werewolf side with a spell so that she would become a full vampire, and use that as a distraction to get the odds to turn in their favor. There the only problem is that, since Hayley is now a full vampire, she is vulnerable to the sun.

The two have a final battle with Greta, in which Hayley sacrifices herself to save the life of her daughter.

Hayley rips off Greta’s daylight ring, and flings them both into the sun, thus killing them both! But Hope is saved, and now carries the burden of knowing that her mother died to protect her.

Shaking Things Up a Bit!

Hayley Marshall’s death came as a shock to many viewers, but showrunners planned it quite some time ago. One of their reasons to kill off Hayley was to have the opportunity to show how the other characters will react to her death, and how it will change them. It was also to bring the series to its conclusion and shake things up a bit. In that, they have undoubtedly succeeded! There are only a few episodes of this exciting series left, so be sure to tune in next week!

And if you’re still needing your vampire-fix after The Originals concludes, rumor has it that Ian Somerhalder will be starring in a new vampire-ladden Netflix original show! It surrounds a vampire disease that is taking over the human race and people are already buzzing about it! The show will be called V-Wars, and though there’s no release date for it just yet, fans of both TVD and The Originals are already chomping at the bit for it’s premiere!