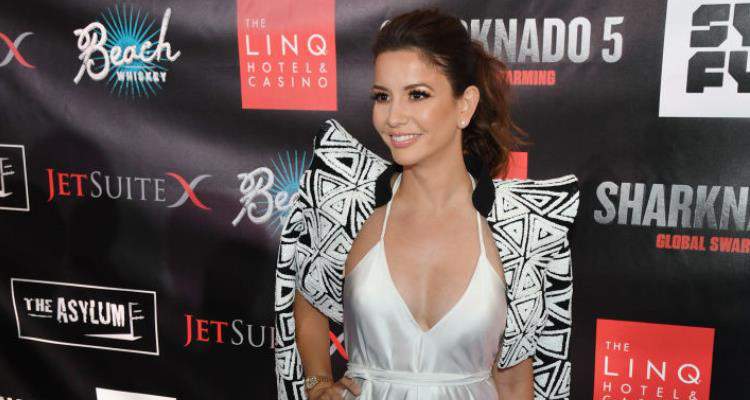 People are once again wondering what happened to Carmen on George Lopez? Why did Carmen leave the George Lopez show? Here’s what you need to know.

Masiela Lusha, born October 23, 1985, is the actress known for playing the role of Carmen Lopez on ABC’s comedy series, George Lopez. Out of the entire main cast, she is the only non-Latino member. According to reports in 2007, George Lopez stated that he would be writing her character off the show because of “creative differences,” but Lusha did not confirm the reason. Getting booted off the show did not leave her completely empty-handed; she continued acting in various productions, including Blood: The Last Vampire (2009), Kill Katie Malone (2010), Of Silence (2014), Fatal Instinct (2014) and Forgotten Evil (2017). Lusha did make a momentary comeback on Lopez in 2017, playing herself in the “George Dates His Daughter” episode.

Lusha was born in Tirana, Albania and stands at only 5′ 5.5″ tall. She attended Glendale College in South Carolina and graduated with an AA degree. She then transferred to UCLA as a junior when she was 18, majoring in Creative Writing. When she was 23, she founded Illuminary Pictures and completed two film projects there. English is her fourth language; she also speaks German, Albanian, and Hungarian.

She currently lives in Los Angeles, California, and is involved in family-oriented charities. She is also an animal rights activist and the patron of the 1736 Family Crisis Center. Her other charity-related accomplishments include her work as the Ambassador for Scholastic’s “Read for Life” program, and her creation of the Children of the World Foundation, which offers food, education, and shelter to families living in deprived conditions.

The sitcom originally aired for six seasons (120 episodes) from March 27, 2002, to May 8, 2007. Lopez played a fictionalized version of himself, and the show revolved around different situations that occurred in his life, at work, and while raising his family at home. His family on the show consisted of his wife Angie (Constance Marie), his daughter Carmen (Lusha), and his son Max (Luis Armand Garcia). For the first five seasons of the show, there was an all-Latino cast, except for Lusha. Lopez’ reason for removing her character from the show was reportedly due to creative differences. The finale of the show aired in 2007 but it was canceled by ABC. The reason for canceling the show was explained by ABC prime-time entertainment president Steve McPherson, who said the show wasn’t working out financially. Lopez was very unhappy about the decision, saying at the time, “I’ll take the good and the bad. I took the five years of good, and I did a lot with the good. My popularity, I was involved in charities, I overcame my illness, all on TV. I shared all of that with America–every secret I had…. Every emotion. Everything was open to the show. And what happens?”

Where Is She Now?

As for what Masiela Lusha is up to now? It looks like the former “Lopez” daughter found her happy ending, and most recently, announced she is welcoming a baby of her own! With a gorgeous pregnancy photo posted for her fans to see on Instagram, Lusha and her husband, Ramzi Habibi can’t wait to become parents! She met the handsome financier in 2012 and the two were married in 2013, in New Zealand. She made an appearance in the most-recent Sharknado film in 2017, but other than that, it seems this mother-to-be is prepping for her new addition! From on-screen daughter to real-life mother, we wish our favorite “Lopez family” sibling the best on her new journey!

Waiting for our boy. Thank you @karenfrenchphotography for such a special day