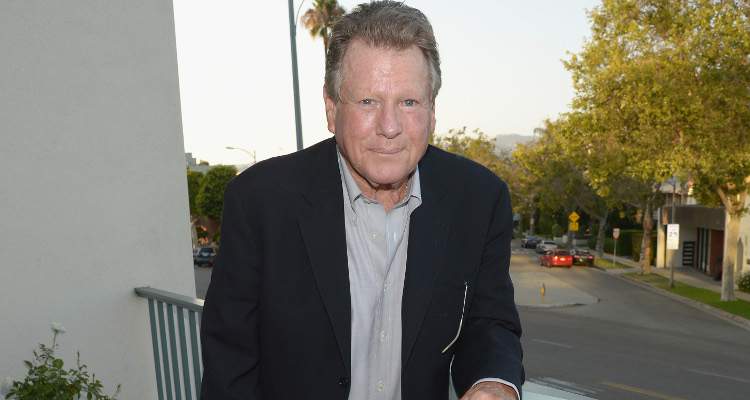 One of the most popular and exciting crime procedural TV series Bones came to an end after 12 seasons. The season finale of Bones aired on March 28, 2017. It has been a few months since the series ended but many viewers are still wondering what happened to the dad on Bones? So, how did Max die on Bones? If you are curious to know, then keep on reading!

Bones is one series that has kept its viewers on their toes with their intriguing FBI cases and forensic anthropology/forensic archaeology. The plot of the show showed the connection and relationship between forensic anthropologist Dr. Temperance Brennan, famously known as Bones, and FBI Special Agent Seeley Booth.

Bones was all about handling and solving Federal legal cases by inspecting the remains of the murdered and dead victims. On the show, Bones and her team offered scientific expertise, while Special Agent Seeley Booth offered different FBI criminal investigation techniques. Besides the murder cases, the show also concentrated on the relationships of the characters.

The main cast of the show comprised Emily Deschanel, David Boreanaz, Michaela Conlin, and Tamara Taylor. Besides the main cast, one of the characters that won several hearts on the show with his spectacular acting and role was actor Ryan O’Neal. He played the role of Max Keenan, a.k.a. Max Brennan, and was a part of the show from season two to season twelve. Although he was there until the end of the show, (spoiler alert) his character dies in the last season! Before we delve into what happened to the dad on Bones, let us first give you a brief background on him.

Who Was Max Brennan on Bones?

Max Brennan was Temperance Brennan and Russ Brennan’s father on the show. Max and Christine were passive bank robbers who became a part of the gangs in the ‘70s. In fact, to leave their past behind, he and his wife changed their identities in order to live a peaceful life with their kids. But one day, Max and his late wife, Christine Brennan go into hiding. Although his wife passes away, Max continues to live in hiding until Russ’ life is in danger.

In season two of the show, Max is arrested by Booth and tried in season three. However, the jury doesn’t find him guilty and he is released from prison, cleared of all the charges. After his release, he reconnects honestly with his kids.

How Did Max Die on Bones?

Dear Bones family ,I don't know what I should say to this.. I only want to say that he was a really beautiful character & dad to our Brennan. The bones family will never forget you.. R.I.P Max??❤? #maxkennan #bonesonfox

In season 12 of Bones, in the second episode, Max drops something on the floor, which looks like a hospital wristband. Later on, it is revealed that Max had a pacemaker placed inside his body because he had some heart issue. In fact, Max keeps this piece of information hidden from his daughter, Brennan, because he does not want her to worry her.

The last of six known casualties connected to a revenge plot against Booth is Max. To protect his grandchildren, Hank and Christine Booth, Max arranges a last-minute counter-attack against the people who are sent to murder his grandkids. Although Max saved his grandchildren, he ends up being gravely injured. Max is immediately taken for surgery, but unfortunately, he passes on while in recovery. Max died after he shares one of his sweet memories of a dream that involved Temperance, Russ, and their mom, Christine. It was heartbreaking and beautiful.

Fans were definitely sad to see one of their favorite characters dying on the show. After all, with his amazing performance, actor Ryan O’Neal managed to create a strong fan base for himself. Bones was an amazing TV series, one that we’re sure fans will miss watching now that it’s all over. Well, we guess it’s time to binge watch it again!