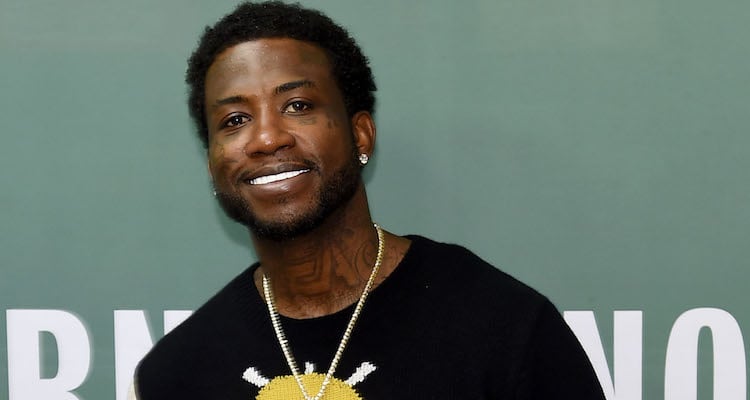 How He Met His Wife

At the time, Keyshia Ka’oir was a rising beauty entrepreneur and model who didn’t even think she would end up with a rapper, but she did anyway. According to the New York Post, she got Gucci Mane’s attention in 2010, when he saw her pose for XXL magazine’s “Eye Candy of the Year.” Around that time, the Mr. Davis rapper was close to the end of his prison term for violating probation as well as brainstorming the next idea for his mixtape single. You could say it was love at first sight once he saw Ka’oir’s magazine photo spread.

“He called my publicist and was like, ‘Who is this new girl? Find her. I’m coming home soon. I have a new video [in the works], and I need you to book her,’” Ka’oir told The New York Post. “I did not want to do it at first, but I finally agreed,” she says. “They flew me out and paid me.”

She was hesitant at first but he was a gentleman, despite what she thought or heard about him.

“I think it was love at first sight,” she says. “He was nothing like I expected him to be. I was charmed and confused at the same time. I was expecting that straight gangsta hood s**t, and it was none of that.”

Keyshia Kept Him Focused after Jail

After Gucci Mane was released in March 2016, he was put on house arrest and confined to his Atlanta mansion, where Ka’oir stayed with him.

“We had a schedule where we worked out from 8:00 to 10:00. Then we’d shower, eat and get on the phone,” she says. “It did get lonely when it was my birthday, Christmas and Valentine’s. Those were my worst days. I would get down and tell him. He would feel bad.”

She continued: “He couldn’t leave the house for six months,” she says. “I would cook for him every day — healthy stuff. Sunday was our cheat day: oxtails, jerk chicken, curry chicken, and rice and peas and coconut water.”

Some don’t know that she knew Gucci Mane before jail and people questioned why Ka’oir stayed with him, wondering if he paid her to be loyal. He never paid her for loyalty and she stayed because she loved him. He eventually invested in her business and as of yesterday (October 17), they tied the knot, on TV. BET hosted the wedding series titled, Gucci Mane and Keyshia Ka’oir: The Mane Event, which took place at the Four Seasons in Miami. The wedding cost $1.7 million and included celebrity guests (all wearing white) from Sean “Diddy” Combs to Big Sean.