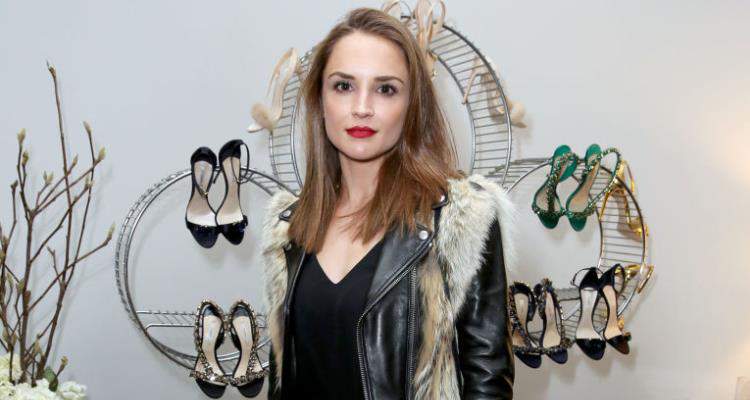 Hallmark’s Frozen in Love will air tonight, and Winterfest fans are excited to watch Rachael Lee Cook and Niall Matter fall in love! It’s been a while since we’ve seen the She’s All That star in anything, so fans are excited to see her take the lead in this Hallmark flick! Here’s what you need to know about the cast!

The Frozen in Love cast will bring She’s All That’s Rachel Leigh Cook to the small screen, playing the role of Mary Cartwright. She will be joined by Niall Matter, playing Adam Clayborn. The TV movie’s full synopsis reads:

“When uptight and buttoned-down bookstore owner Mary (Cook) faces the grim reality of her quaint but stagnant Denver store closing, she reaches out for some PR help to turn things around. At the same time, the handsomely wild, flashy “live-in-the moment” (and recently suspended) Denver Royals hockey star Adam Clayborn (Matter) is sent to the same PR firm to fix his reputation and the two are paired together in a seemingly and mutually-beneficial buddy system: repair Adam’s image by involving him in local activities like coaching a youth hockey league–sponsored by Mary’s bookstore–and give Mary the chance to reinvent the store and do something big to save it. When the two seem to bicker and banter about everything, and the press takes note, they accomplish just the opposite and the plan seems doomed to fail. It’s when both Mary and Adam finally learn to work together, and the tension between them begins to thaw, that Adam is compulsorily faced with having to make a difficult choice: help Mary’s bookstore or help his own career. Along the way, they both learn the important lesson that it doesn’t matter how many times you fall down, it only matters how many times you get back up again, which opens up two seemingly opposites for much needed change, and unexpected love.”

LA Heatwave. Time to lighten up.

The film is set to premiere Saturday, January 13 at 9:00 p.m. ET, so cozy up on the couch with a bag of popcorn and enjoy the warm fuzzies of a winter romance! Frozen in Love is part of the Hallmark Channel’s Winterfest lineup, alongside Winter’s Dream. Both films will be airing this month, to give viewers a reason to stay indoors and enjoy the season from the warmth of their homes. Frozen in Love was filmed in British Columbia so viewers can expect to see beautiful scenery and will enjoy the spirit of Canadian winters! (They’re not all bad!)

The Frozen in Love trailer gives viewers an in-depth look at the star characters, a sneak peek on some hockey scenes, and a look at the production behind the scenes. Both Matter and Cook share what they love about the film and how proud they were of how the final product looked. Check out the heartwarming trailer below!