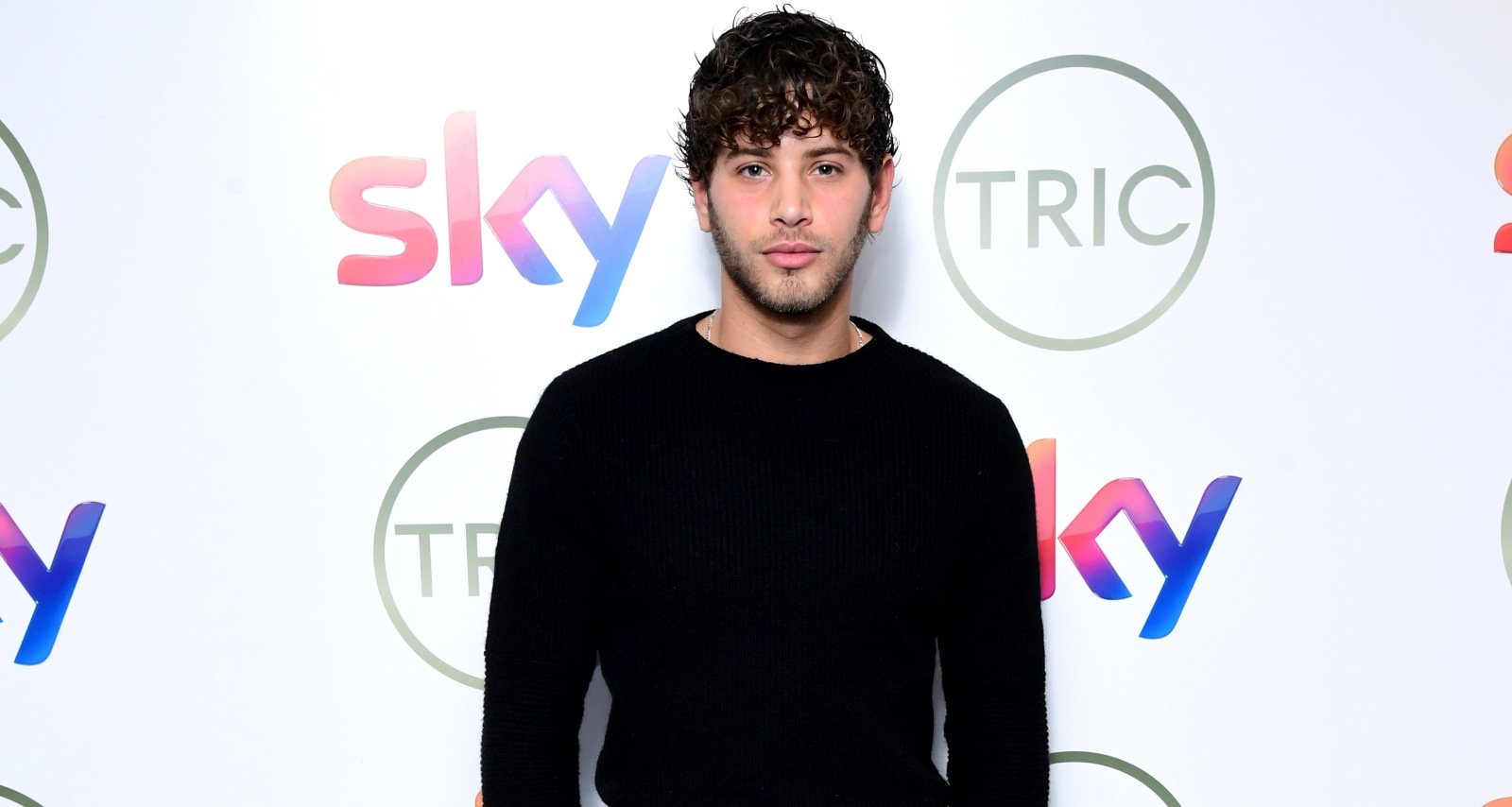 Eyal Booker is a rising star on the U.K.’s reality television and social media scene. But on this side of the pond, he’s best known as Delilah Hamlin’s boyfriend. The daughter of Lisa Rinna and Harry Hamlin has been spending a lot of time with the Love Island alum during the pandemic. Their long-distance relationship, joint social media posts, vacations, and rather tense exchange earlier this year had the Internet’s attention. Delilah’s fans want to know more about who her boyfriend is. So we reveal those details right here in Eyal Booker’s wiki.

Eyal Booker was born on August 2, 1995, in London, United Kingdom. He is one of four children born to Michal Booker Taylor.

When he was on Love Island, Eyal hoped to find a girl he could introduce to his Israeli mother. Eyal and his siblings are strongly rooted in their Jewish upbringing, and Eyal was the first Jewish contestant in Love Island’s history. Eyal’s name means “strength” in Hebrew.

Eyal has two brothers, Ariel and Tal Booker, and a sister, Oriane Booker. Ariel is probably recognizable as one of the pioneers behind CanO Water, a company that manufactures and sells fully recyclable aluminum cans of water as alternatives to the polluting plastic packaging. The company earned Ariel and his other co-founders a spot on the Forbes’ 30 Under 30 list.

Eyal Booker graduated from the Jewish Free School in 2011. The London native currently spends most of his time traveling or in Cape Town, South Africa, thanks to his modeling career.

He began modeling when he was 19, supplementing his early scanty income by part-timing as a real estate agent. All of his hard work paid off when he booked a job with Adidas. It was enough to get Booker noticed, and more opportunities came his way.

“I started to work with some incredible brands, feature in music videos with some pretty big artists and was able to leave my part-time job and model full time,” Booker told Zoella.

Booker’s claim to fame came in 2018, when he appeared on Love Island. He lasted on the island until Day 25, and struggled with some of the contestants mispronouncing his name.

His celebrity status was cemented, though. He continued to appear on shows, including competing on Impossible Celebrities, and most recently, tried to return to his pop star roots.

In his teens, Booker was part of a pop boy band (with those looks, obviously). From age 16 to 19, he was in the group EverYoung, which was signed to an independent record label. He left the group to focus on modeling and his day jobs before making it onto Love Island.

In 2019, Booker joined fellow Love Island contestants Zara McDermott, Samira Mighty, and Wes Nelson to compete on The X Factor: Celebrity. They auditioned as the Love Islanders before renaming themselves No Love Lost. They were on Simon Cowell’s team and finished eighth. But Booker nonetheless enjoyed the experience.

“I think I loved performing more than signing but I’ve always believed in doing things that make you feel uncomfortable and allow you to step outside of your comfort zone and X factor was exactly that for me. An incredible experience and opportunity to get back on stage. I think it’s safe to say my singing career has been put to bed for the foreseeable future,” he said back in December 2020.

Like many reality stars, Booker has found incredible success monetizing his social media appeal. He boasts 794K followers and counting, and has numerous endorsement deals and sponsored posts adding to his wealth.

Booker and his girlfriend, Delilah Hamlin, have a YouTube channel together, while he also has a fitness coaching business.

While Booker couldn’t find a partner on Love Island, he got luckier after leaving the Spanish island of Mallorca. RHOBH star Lisa Rinna’s daughter Hamlin reportedly slid into his DMs, and the rest is history.

They have been dating since May 2019 at least. But it hasn’t been all rosy. For starters, they have mostly had a long distance relationship, with Hamlin in Los Angeles in the U.S. and Booker in the U.K. and South Africa.

They’ve apparently spent more time together during the pandemic. Earlier this year, Booker was in California where he and Hamlin were publicly caught in a tense moment. 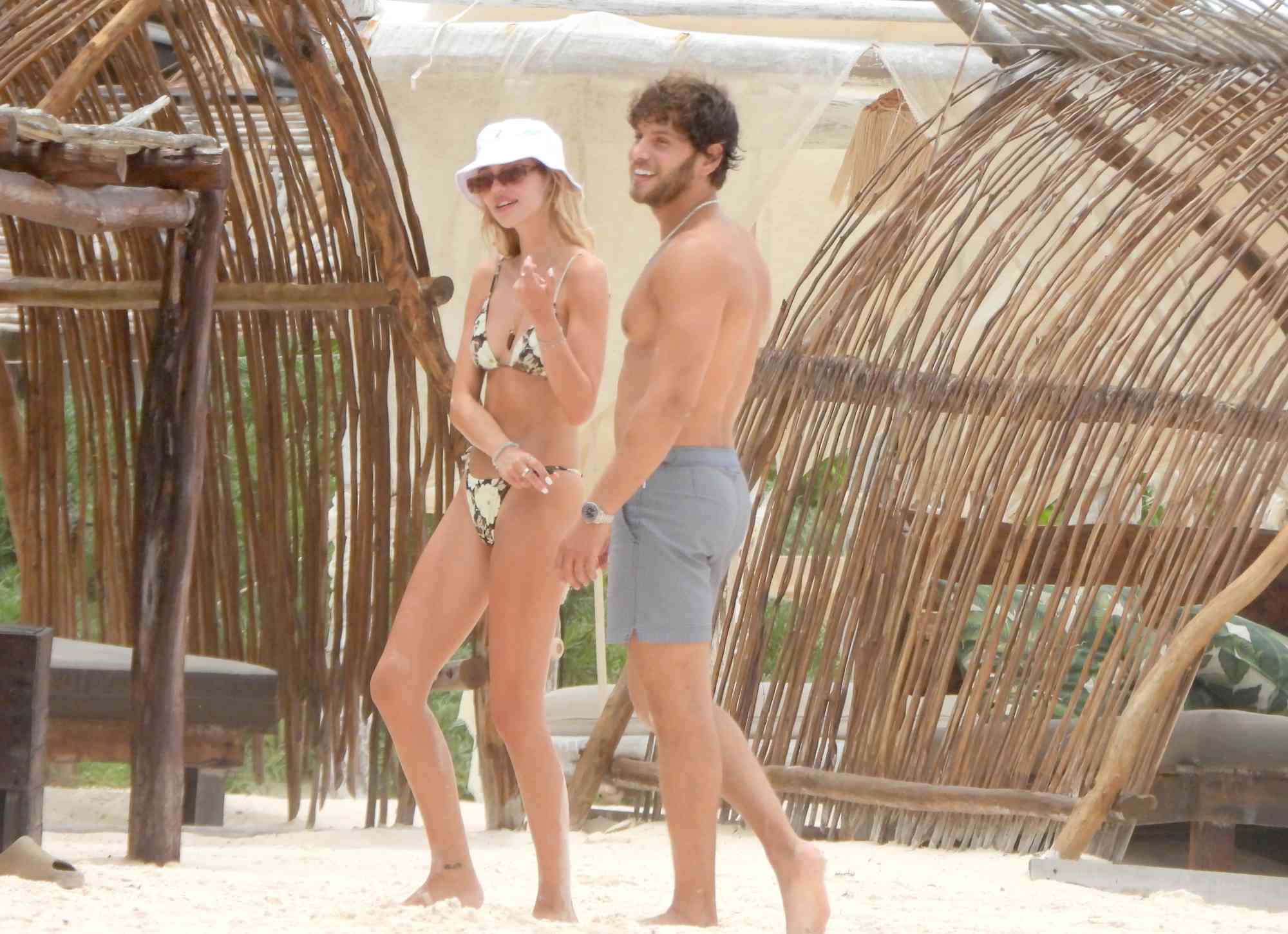 Delilah Hamlin is seen on the beach with Eyal Booker on June 15, 2021 in Tulum, Mexico. (Photo by MEGA/GC Images)

They were by a vehicle on the street and Booker was seen seemingly roaring in rage. An upset Delilah drove off in an SUV. The parties involved, however, denied that it was a bad couple’s spat.

Booker’s spokesperson told the media that he was unloading bags from the vehicle, hit his hand on the hood of the car, and was in pain. Booker would also say the same on an Instagram live while detailing the hardships of a long-distance relationship.

Hamlin and Booker’s relationship has been going smoothly despite that drama. In recent history, they were spotted vacationing in Greece together.

Meanwhile, Eyal Booker has found a new friend in Scott Disick, Kourtney Kardashian and Sofia Richie’s ex who is now dating Delilah’s sister, Amelia. Disick recently made waves when he demanded an apology from Eyal’s Love Island costar for her treatment towards the model on the show.