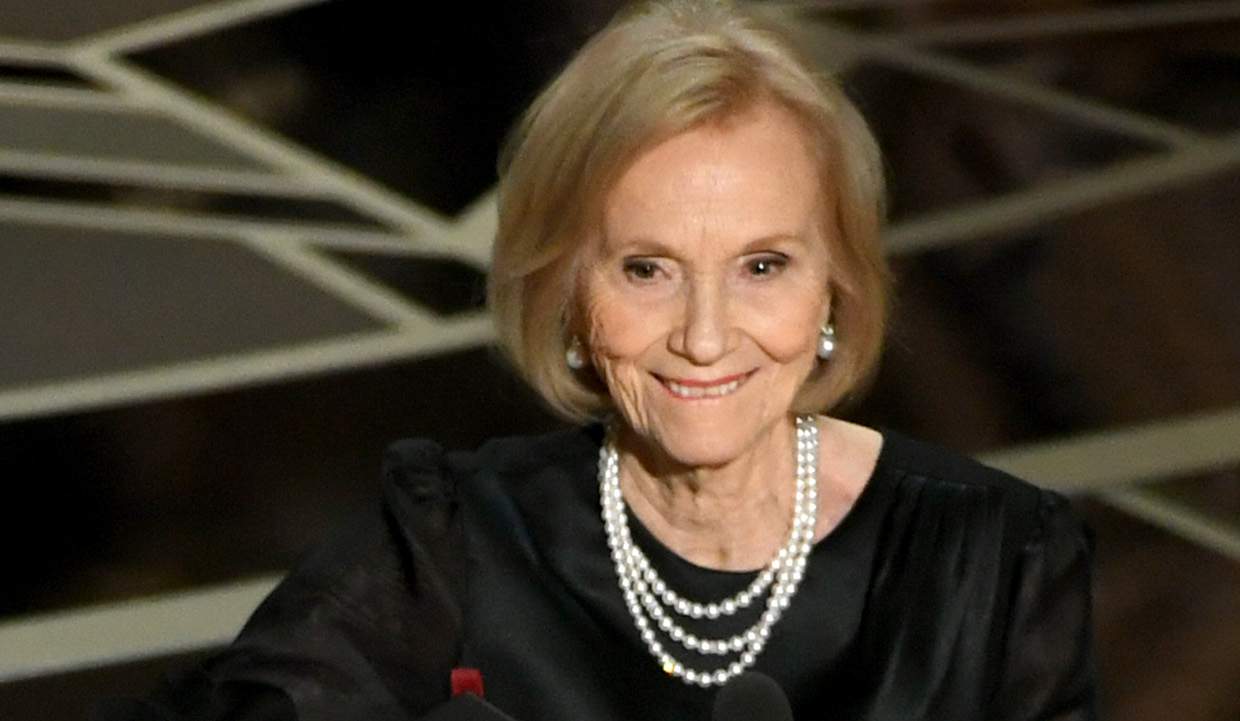 Eva Marie Saint is an accomplished actress from the ‘50s and ‘60s. Last night, she was a presenter at the Oscars 2018, and she took every movie enthusiast through Hollywood’s iconic past. Where is Eva Marie Saint now, you ask? Find out everything you need to know about her, right here.

American actress Eva Marie Saint was dressed all in black and proudly walked the 90th Oscars red carpet accompanied by her daughter, Laurette Hayden. She later went on stage to present an award. And the moment Saint stepped up to the mic, the audience was overcome with nostalgia, as she had her own Oscar win back in 1955. So, what is Eva Marie Saint doing now?

Who Is Eva Marie Saint?

Before we get into the details of what the stunning actress is doing in 2018, let’s get to know her past a bit better.

For those who don’t know, Eva Marie Saint, age 93, is an established actress from the ‘50s. She won her first Academy Award in 1955 for Best Supporting Actress for her role in On the Waterfront.

Frank Sinatra presented the award then, and Saint was heavily pregnant when she went to collect her Oscar. She delivered her son two days later.

Here’s the very moment of her victory:

The movie starred Marlon Brando, and it later became an iconic must-watch movie.

Saint has worked with some of the biggest names in the industry, including Don Murray, Warren Beatty, Carl Reiner, Paul Newman, and James Garner.

The dainty woman was a fan favorite for the sweetly effervescent roles she usually played.

If you are interested in watching Eva Marie Saint’s movies, then consider this illustrious list: A Hatful of Rain, Exodus, All Fall Down, Cancel My Reservation, and, of course, the award-winning, On the Waterfront.

An Actress with Soul

Eva Marie Saint’s younger days were a dream. She married producer and director Jeffrey Hayden, who she was married to for 65 years until 2016. He died on Christmas Eve that year.

When Saint was in form and a household name, she not only shined on the silver screen, but she was a prominent feature in TV shows, as well.

Costarring with Frank Sinatra, she appeared in the TV musical, Our Town, for which she won an Emmy Award.

Saint was then nominated for numerous awards like the BAFTA, which she won, along with several Emmys and a Golden Globe, too.

The actress opted for her family over her career during the ‘60s. However, she still maintained her image through the limited roles she chose.

The TV miniseries, How The West Was Won, was Saint’s last prominent performance. She didn’t return to the big screen until the late ‘80s.

Where Is Eva Marie Saint Now?

When the actress returned to the screen as Tom Hanks’ mother in Nothing in Common, fans and critics alike were overjoyed.

You can recognize her from the hit ‘90s show, People Like Us, for which Saint has won an Emmy Award.

At the turn of the century, Saint finally appeared in a feature film called I Dreamed of Africa. She went on to play Martha Kent (Superman’s adoptive mother) in the 2006 edition of Superman Returns.

From there, Saint took roles here and there, along with going about her life, which involved plenty of social work.

One such initiative started when Saint was so enraged by the fact that Californians drive while using their phone. She spoke to her husband about it and said, “Why don’t they just get off the phone or get off the road?”

Hayden thought that was a great idea for a bumper sticker. So, she got in touch with someone who could produce them and the money made from every sale of the sticker was reportedly donated to charity.

Most recently, Eva Marie Saint took the Oscars 2018 stage to present the Best Costume Design Award. She looked ever so elegant while she spoke of her husband and her career as an actress.

This 93-year-old is a bright star that clearly never fades!