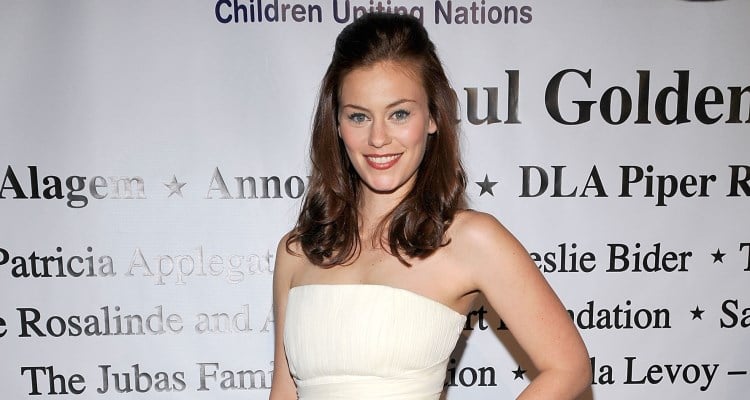 If there’s one thing that we’re sure of, it’s that NCIS: New Orleans with Eva Azarova is even better than NCIS without her! First appearing in season 13 of the franchise, she’s added an air of mystery and addition tension to the show. Many have wondered who plays Eva on NCIS: New Orleans, since the actress behind the character isn’t yet a recognizable face. The Russian sleeper agent is played by Cassidy Freeman on NCIS: New Orleans, and boy has she made a name for herself on the show!

Eva on NCIS: New Orleans first appeared during the 13th season of the show, on “Sister City.” If you recall, this was the last time we saw Anton Pavlenko. In this episode, she entered into a relationship with Luca Sciuto, a chef for Blye Industries. Pavlenko’s death led to her being labelled as a potential suspect for his murder, and she was forced to go on the run as a renegade agent. She started by hiding out in New Orleans, and then fell off the grid after a standoff. Eventually, she was surrendered and was taken into NCIS custody. There, they figured out that Blye had organized a conspiracy, and that they were selling American secrets to their enemies. Subsequently, Azarova was sent to a maximum-security prison in the U.S. for two reasons: she had a sketchy past, and needed to be protected from her own handlers, who would’ve killed her for going rogue.

What’s Next on NCIS: New Orleans?

Next seen in the episode “Pandora’s Box,” Azarova manages to escape from prison and hack a terrorist playbook from the Department of Homeland Security, accomplishing exactly what she set out to do—get revenge on her former mentor, Viktor, for forcing her into becoming an agent. After getting her revenge, she surrendered herself once again—this time to Gregorio, Torres, and Pride.

As for NCIS: New Orleans season 4, it seems like the showrunners are looking to make things a little spookier than before. Getting into the Halloween spirit, “Dead Man Calling” will delve into a classic New Orleans ghost story. It’ll show the NCIS team working on a murder case that’s eerily familiar—viewers will discover that it’s actually a copycat murder, emulating the exact circumstances from an unsolved crime that happened 150 years ago! The mysterious murder was so iconic, that it spawned a ghost story that’s lingered in New Orleans ever since. Because of its historical significance, the NCIS team will find themselves knee-deep in not one but two cases—the decade old unsolved murder, as well as the recent one.

During the last episode, Gregorio and Azarova were paired up to locate and take down a Russian operative. Seems like a simple enough mission, right? Wrong. As the episode progresses, we find out that the operative was actually Eva’s brother that came to the States to warn her. Of course, an episode of NCIS can’t go on too long without a gut-wrenching twist, so we’re anticipating the unexpected with the upcoming Halloween episodes!

Tune into CBS every Tuesday night at 10:00 p.m. EST to stay up to date on NCIS: New Orleans!