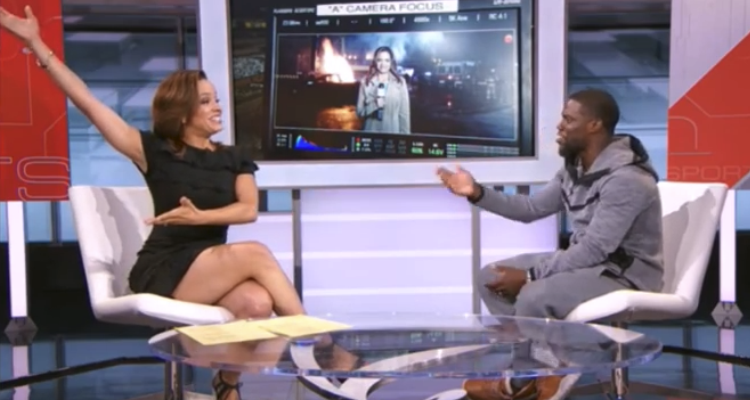 ESPN’s Elle Duncan is one the most beloved and celebrated sports anchors in the U.S. She’s won multiple awards and accolades throughout her career and shows no signs of slowing down anytime soon! Read our exclusive Elle Duncan bio to find out everything you need to know about this talented and highly recognized TV personality.

It’s safe to say that there aren’t many sportscasters who are worthy of as many prestigious accolades as the ones that ESPN’s Elle Duncan has managed to earn throughout her illustrious career! She has shown tremendous dedication, passion, and work ethic by starting at the bottom and slowly working her way to the top of her game. Now, the woman is an industry powerhouse and an inspiration to young female sports fans everywhere! Keep reading our Elle Duncan bio to find out everything you need to know about this very talented and admired sports anchor. (We also have some of the best Elle Duncan pics for you to check out!)

Born Lauren Duncan in 1983 in Atlanta, Georgia, Elle began her career the way most young people break into their desired industries: by interning! To get her foot in the door, she interned at a local syndicated sports talk radio program called 2 Live Stews. After gaining a year’s worth of experience as an on-air personality, Duncan moved on to work for the Ryan Cameron Show on V-103 in Atlanta. She served as both an on-air personality and traffic reporter before being promoted to the official sports anchor for the station’s Frank and Wanda morning show. On the side, she also spent her time contributing to the Atlanta Falcons radio network before and after games. Additionally, Duncan also served as a sideline reporter for the Atlanta Hawks and a freelance sideline reporter for various football games throughout Georgia. In 2012, Duncan became the official traffic reporter at WXIA-TV, which is an affiliate of the conglomerate known as NBC.

Thx to @jemelehill who wore this shirt MONTHS ago. I peeped it, commented on it and the good folks @smartissosexy sent me one..AND their sales benefit kids In Jamaica.. yesssss

The following year, at just 30 years of age, Elle Duncan was caught driving under the influence. She was arrested and charged with a DUI, not to mention reckless driving, but she was fortunate enough to have both charges eventually dropped and that no one was seriously injured as a result of her actions. This incident could’ve been very damaging to her career, but as time wore on it seems to have diminished into a simple black mark on an otherwise prosperous and successful livelihood.

While not much is known about Elle Duncan’s personal or home life (other than her DUI and reckless driving charge in 2013), one thing is for sure: she’s been in a relationship with the same man for at least a few years and they were married on July 9, 2016. Elle Duncan’s husband is actor Omar Abdul Ali. It’s rumored that they met in a club and were introduced to one another by a mutual friend who just happened to be working as a DJ that night. Years later, Ali proposed to Duncan while they were on a trip in Costa Rica and the rest, as they say, is history. Check out a few of Elle Duncan’s pics to swoon over her adorable relationship with her hubby!

Couple folks geekin about seeing ARETHA! The queen is in the building for her final tour!

I woke up this morning to breakfast waiting for me, along with a thoughtful surprise and flowers. The only difference between today and any other is that today I ALSO get a card. Love is real, if the love is real. Please hold out for it my friends! #happyvalentinesday

Throwin' it back to July9th. The look on my face says it all.. #tbt #hapalieverafter #soooosappybuthappy

Many people might not know this, but in addition to being a renowned and respected sportscaster, Duncan has also made several notable and ongoing charitable contributions that surpass the limitations of financial aid. She routinely works with a non-profit organization called Walker, which specializes in providing and improving special education programs, as well as providing health treatment for disaffected youth in need. She specifically works with Walker’s Change Shoes, Change Lives walking and running marathons and she’s also engaged in their on-campus volunteer program through the New England Sports Network (NESN).