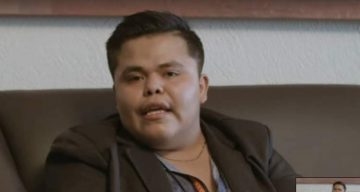 Juan Luis Lagunas Rosales was not yet of legal drinking age in Mexico, but was a self-confessed alcoholic. His hilarious ways of consuming large quantities of alcohol made him a famous social media celebrity. On Monday (December 18) night, he was killed by four unknown persons in a Jalisco, Mexico bar. Rosales had dreams of being a singer after becoming sober.

Shot in a Bar

According to local police, four unknown suspects arrived with weapons and went to the table where Rosales sat. It is speculated that this was a crime of aggression, as Rosales received over 15 bullets in his body. This confirms that El Pirata de Culiacan is really dead. During the shooting, there are reports of a woman being injured and taken to hospital for treatment.

El Pirata de Culiacan was very popular on social media for starring in eccentric videos. In a video posted a few weeks ago, he offended El Mencho, the leader of the Jalisco New Generation Cartel. It is not known at this point whether Rosales’ murder was linked to this video or not.

Admitted to Being an Alcoholic

In a recent video, Rosales invited people to visit Menta2 Cantaros, which is at the intersection of Calle Axes Las Torres in Los Cajetes in Jalisco. Though he was not of legal drinking age in Mexico, he became famous on social networks because of how he consumed alcohol. In a June 2017 interview, Rosales expressed his desire to have a career in music, and leave behind his life of being known for his drunkenness. In the same interview, he admitted to being an alcoholic.

Dreams of Being a Singer

He first gained fame in 2015 after being caught on video drinking a bottle of vodka, which caused him to fall to the ground, inviting hilarious reactions from viewers. He continued this habit of excessive drinking despite, being underage, and increased his popularity. He imagined a future in which he would not excessively drink, and said that his intention was to sober up within the next three years saying, “Leave the tap in peace.” In an interview with Univision Entertainment, Rosales revealed his dream of being on stage, “I want to learn to sing now, that’s going to be my motto. I want to be upstairs but singing and hitting the show, that would be fine, dog.”