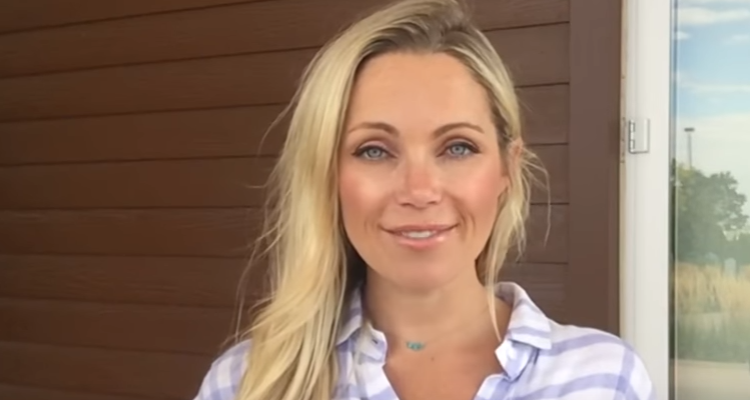 If you’re an avid fan of The Bachelor, then you definitely remember Sarah Herron from season 17. She appeared on the show back in 2013, and unfortunately didn’t win over the bachelor at the time, Sean Lowe. Viewers rejoiced when she returned on Bachelor in Paradise in 2016, but unfortunately, she was sent packing once again, this time when Daniel Maguire didn’t give her a rose. This blonde bombshell was and still is a fan favorite, and audiences have since wondered: is she still single, and if not—who is Sarah Herron dating? Sarah Herron’s current boyfriend is adventure photographer, Dylan Brown.

She Pulled Out of Bachelor in Paradise!

She revealed her new beau to fans by posting a photo on Instagram to let them know she wouldn’t be returning to Bachelor in Paradise this summer! She captioned the picture, “Happily not returning to Bachelor in Paradise this summer. #ParadiseFound #Sarahdise #adventurebuds …but I will miss Jorge.” While fans are disappointed to be losing a core part of the show’s cast, many have expressed their well wishes for the new couple. So, who is this mystery guy who’s swept one of our Bachelor favorites off her feet? Check out our wiki on Dylan Brown to find out all the juicy details!

He’s Bit Her With the Travel Bug

The handsome hunk that’s been all over Sarah’s Instagram feed is a former photojournalist, and current commercial and adventure photographer. With an online portfolio brimming with adventure, landscape, portraits, and travel photography, we’ve caught a small glimpse into how he stole Sarah’s heart. His website states that he’s a lover of extreme sports, and the outdoors. He goes on to say that,

“I still have that same passion for the outdoors, especially mountain biking and skiing, but after six years in the newspaper industry, my focus turned to the under-represented, undiscovered people and places of the world. I have traveled to far reaches of the world to document world disasters, culturally rich (and changing) locales, and unique and beautiful landscapes.”

According to his website and Instagram, Dylan Brown seems like quite the outdoorsman! Sarah’s Instagram is also filled with adventurous outdoor photos, and Dylan’s been mentioned in quite a few of her captions—which tells us the two have been bonding over their mutual love of outdoor adventures. Aww!

While Dylan Brown’s net worth is a mystery, we imagine he makes a pretty penny from the stunning photos we’ve seen on his site. If you’re wondering how long the pair have been dating, we’ve done some digging and it seems like their relationship is fairly new—which would explain why it appears they’re still in the honeymoon stage. In March 2017, Sarah sent out a tweet mentioning that she was glad to be single:

The last time I was in SF it ended in my boyfriend and I breaking up. Thank god im single this go-around. I ♥️ SF

Then, she posted the first photo (of many) of her and Dylan, announcing her absence from the new season of Bachelor in Paradise, in April.

Happily not returning to Bachelor in Paradise this summer. ?#ParadiseFound #Sarahdise #adventurebuds …but I will miss Jorge.

It’s clear that Dylan is absolutely smitten with his new girlfriend—and we can’t blame him! Check out some of the adorable shots the photographer has posted in the past few months:

Sarah has also posted her fair share of photos of her boo. Our personal favorite is one with the couple atop a picturesque mountain in Aspen, posing in matching SheLift t-shirts. #couplesgoals.

SheLift is an organization that Sarah founded shortly after a very public fight with a fellow Bachelor cast member. Her goal is to empower girls to heighten their self-acceptance and confidence through outdoor adventures and body-positive mentorship. We think it’s awesome that Dylan is so supportive of the cause, and hope that the two will continue to team up to further SheLift’s reach.

Even in the early stages of their relationship, it’s clear that these lovebirds have a ton in common and seem to get along great. While Sarah will be missed this summer on Bachelor in Paradise, it’s definitely bittersweet seeing her go—we’re just glad she’s found her paradise in Dylan!