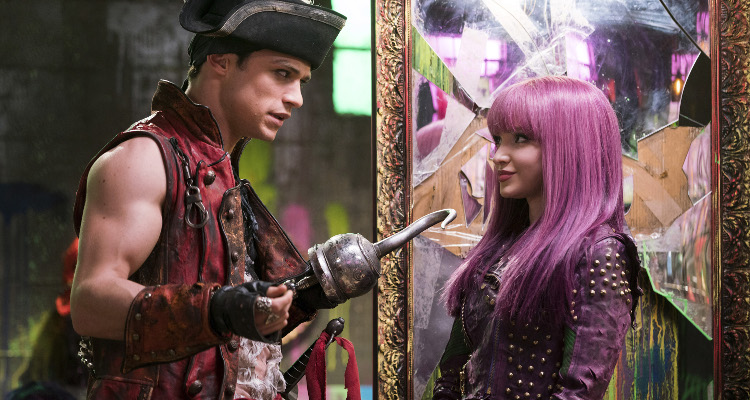 If you are a Descendants fan, then we have happy news for you! The sizzling on-screen chemistry between Harry Hook and Mal is officially off-screen as well! If you were wondering who Thomas Doherty is dating, it’s Dove Cameron. They seem to be perfect for each other, and make a knockout pair! So, read on to know all about Thomas Doherty and Dove Cameron’s adorable love story.

Did you know that Dove Cameron is dating Captain Hook’s son? Well, she announced a few months ago that she is dating Thomas Doherty, her co-star in Descendants 2. He plays Harry Hook in the movie, and has managed to capture the heart of the villainous princess in real life as well!

Dove Cameron and Thomas Doherty have been in a relationship for a solid five months now, and look so cute together! Find out all you need to know about Dove Cameron’s boyfriend right here!

Who Is Thomas Doherty

Thomas Doherty was born in Edinburgh, Scotland on April 21, 1995. The 22-year-old is currently living in London. Doherty graduated from the MGA Academy of Performing Arts in 2015 and enjoyed playing soccer during his school days.

According to IMDb, the actor and singer has an impressive resumé that includes singing, dancing, voice-over acting, and improv too! The talent doesn’t stop there as Doherty is well-trained in jazz, modern, and tap dance as well. No wonder Cameron is smitten!

He debuted with Disney’s The Lodge, a musical drama TV show where Doherty played the role of Sean.

Doherty maintains his body very well and we must say, some credits are to be given to his athletic presence. He is a pro at dancing, and we can only wonder what the multi-talented actor will conquer next.

The couple has confirmed their relationship status, and can’t stop talking about each other. In an interview, Cameron confirmed that she was dating Thomas Doherty. And, when asked about the long-distance relationship as Doherty’s in London, she said, “It’s not too bad!”

Cameron said that they are both busy people, and even though there is a time zone hurdle, they are up for the challenge. Although they live on different continents, they still manage to go on dates with each other even. Now that’s commitment!

But, apparently, it was not love at first sight, and their relationship evolved when the actor was cast in Descendants 2. The actress even coos about her new boyfriend being a “lovely person!” Well, that’s what the fans want to hear, too!

imma be an option

Well, Doherty is hot, and his Instagram posts shout it out! Doherty loves to show off his body and his girlfriend to the whole world, and why not! Check out these Thomas Doherty Instagram pics (and drool!).

Can You Look This Hot Holding a Baby?

Jimmy Neutron went bowling and smized in the sunlight

Oh! That Pup Is So Lucky!