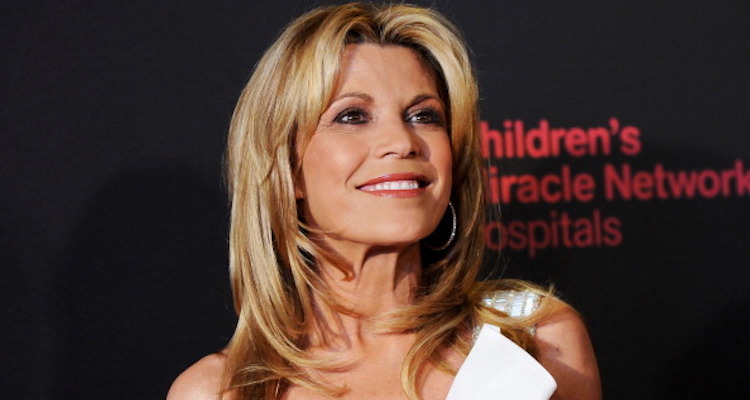 For 35 years, we have watched Vanna White walk across our screen, flipping over letters as the co-host of Wheel of Fortune. It’s unimaginable that she could ever be replaced. Let’s be honest here, White turned 60 this year and still looks absolutely gorgeous! Unless her arms spontaneously fall off, there’s no reason to replace her. But there some Vanna White news circulating the Internet suggests that she may have left Wheel of Fortune due to a gambling problem. Did Vanna White really leave Wheel of Fortune? Should Wheel of Fortune fans mourn the loss of Vanna White? We did some digging and you may be surprised at the answers.

Vanna White on Wheel of Fortune

Vanna White was not the first woman to flip the letters on Wheel of Fortune, but she became the most well known woman to do so. When the first co-host of Wheel of Fortune, Susan Stafford, left in October 1982, she was originally replaced by three substitutes: Model and 1979 Playboy Playmate Vicki McCarty, actress and Miss USA 1975 Summer Bartholomew, and finally model and actress Vanna White. While all of the women did well, White was a clear standout and was brought in as a permanent co-host in December 1982. Since that time, she has only missed the show periodically due to life events like her honeymoon.

White became a pop culture phenomenon during the 1980s, appearing as herself in numerous movies and TV shows. She even got a song with her name in the title from “Weird Al” Yankovic called “Stuck in a Closet with Vanna White.”

Look who I just bumped into! #MinnieMouse #DisneyWorld #prettydress #strikeapose

Are Wheel of Fortune and Vanna White no more? Has Vanna White left Wheel of Fortune due to a gambling problem? This story has been circulating on the Internet recently. After we did a little digging, we can say with certainty that Vanna White has not left Wheel of Fortune. In fact, she and Pat Sajak are signed with the show for the 2019/2020 season. So where did this story come from? A parody website posted a story in 2015 saying that Vanna was let go due to video footage of her compulsively playing roulette at a casino. The story was a joke but was quickly picked up. Despite the fact the story has been thoroughly debunked numerous times, it still manages to poke its head out every once and a while.