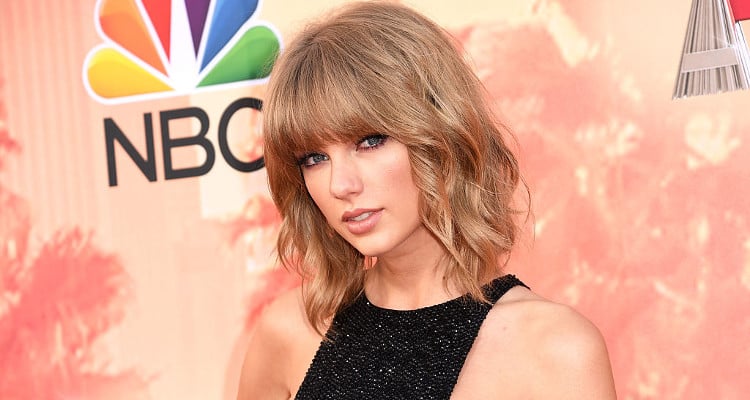 She has officially made history as the most decorated female artist with 23 American Music Awards! Yes, we are talking about Taylor Swift, who won three more awards last night at the 2018 AMAs. To celebrate the moment, one of her closest friends, a very pregnant Claire Winter Kislinger, was present as her date to the show. Swift even gave a shout out to Winter when accepting one of her awards, leaving many confused as to who the mystery girl was. If you too are wondering who Claire Winter is, then sit tight. We have all the details about Taylor Swift’s friend, right here!

Winter always was inclined towards fashion and thought that she’d end up working with her mother one day. She finally did, as she became a jewelry designer like her mother, Cathy Waterman.

The two seem to share an impeccable bond as she loves to share photos of her mom and all the ways she is proud of her on social media. The two could pass for sisters!

No more perfect way to spend the last day of the year than by celebrating the most incredible and important woman in my life (with a selfie we took on the way to the White House). Happy Birthday, Mama! I love you. #tbt #fbf #hbd

She Comes from a Prominent Family

Winter was born to Cathy Waterman and Eddie Kislinger. Waterman is a jewelry designer based out of California. She is also a member of the Council of Fashion Designers of America.

She designs jewelry pieces that are feminine and lyrical by utilizing metals and fair-trade stones. And they certainly are popular!

Happy Father’s Day to the Dad that did almost everything right – except make me play soccer, but we can blame Mom for that. I love you so much I even wore matching Tevas. ❤️ @onelivedog

Winter’s father, Eddie Kislinger, received his Juris Doctor from UCLA. He is into music and is also quite the lyricist.

Throughout his career, Kislinger has toured with The Eagles, The Who, and Joe Crocker.

Later, he started Edge Artists with his friend, Gerard McMahon. They both licensed their catalogue of songs to Telepictures.

Claire Winter’s Sister Is a Baker

Winter’s younger sister, Coco Kislinger, attended Crossroads School. She then graduated in 2011 from Pitzer College with a degree in Political Studies.

But it was obvious that her true passion was cooking. So, she attended Le Cordon Bleu in Paris and put all the skills she learned there to good use!

He said he saw this photo and said I was a keeper. 10 months later and a couple gray hairs I wonder if he still thinks that. Thanks @alizajsokolow and @tinder for working together to bag me the best boy friend.

Currently, Kislinger is the owner and the head baker at Coco Bakes. She is in a happy relationship with Beau Macaluso.

Her Brother Is a Cofounder of LA’s The Hub

Nick Kislinger lives in Los Angeles, California and graduated in 2007 from Pitzer College.

Currently, he works as a curator at Summit in Venice, California. Additionally, Kislinger is the cofounder and advisor at The Hub, Los Angeles.

Claire Winter’s husband is Alexander Piers-Smith. He graduated from Crossroads High School in Santa Monica, California in 2002. He then attended Fordham University to study communications and film as well as sports management.

He was the vice president of research and development at Cloudbreak Productions. And according to his Facebook page, which was last updated in 2015, he worked at Mirada.

Winter and Smith got married on October 21, 2017. The couple actually surprised everyone and got married at their engagement party! Although there was reportedly a seat saved for her bestie, T-Swift, she unfortunately couldn’t make it.

13 days ago we surprised all of our closest friends and family and got married at our ‘engagement party’. It was pure magic & now I get to call this guy my HUSBAND.

Now, the sweet couple is currently expecting a baby boy after having announced they were pregnant in July. Well, showing up to a national awards show like the AMAs at over six months pregnant in support of her best friend is literally what #friendshipgoals is all about!

Taylor Swift can certainly add Claire Winter to her long list of things to be thankful for!

Happy Birthday to the best cat-mother, kitchen dance party partner, crime drama marathon watching buddy, FRIEND I know. @taylorswift we’ve been through a lot (and not just retro clothing phases) and there’s no one else I’d want by my side. Thank you for your friendship, sisterhood & for always casting light instead of shadows. I guess you could say I’m pretty happy you were born or whatever. LOVE YOU