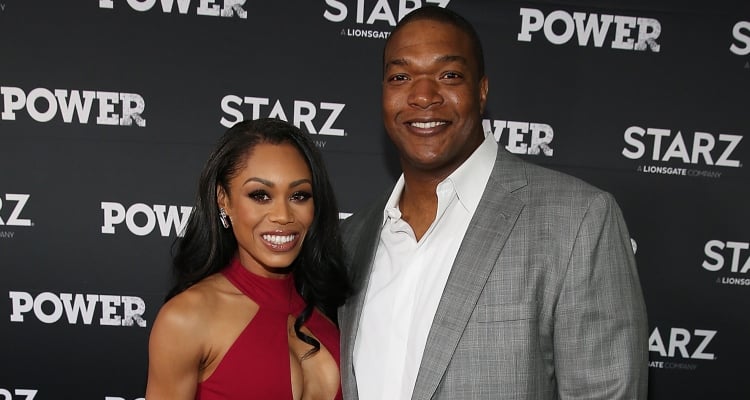 Celebrity couples are always making their way into entertainment news, and now a Real Housewives of Potomac star, Monique Samuels, is getting some spotlight. She talked about her first season as a housewife, after marrying the former Washington Redskins’ Chris Samuels. Our Chris Samuels wiki talks all about her husband, their wedding, and family life. Here’s what you need to know about the Real Housewives of Potomac’s Monique Samuel’s husband.

Monique from Real Housewives of Potomac and Chris Samuels, 39, were married on March 3, 2012, after a long relationship. Their marriage was featured on popular wedding web site, The Knot and at the time, Monique was 28 and Chris Samuel’s age was 34. According to their profile, Monique is the owner of PROsisstant, a virtual assisting and management company. Monique and Chris Samuel’s wedding was a long time coming as the couple had been dating for what felt like forever!

What else do you do in traffic?! Or when you realize RHOP won't be on this week?! Make a music video!! ?? #RHOP #musicvideo #ImBOSS #trafficjam @officialchrissamuels @iamchristopher2

Samuels was thinking about starting a music label in Washington, and when a business associate set him up with Monique (last name then was Cox and she was 19 at the time) for a meeting, he bluntly asked her, “You got a man?” When the shy Monique, intimidated by the 6’5” tall giant, nodded, he added, “Well, you’ve got to excuse me then. ‘Cause I’m real aggressive when I see something I like.” He kept in touch with her for three years and at the end of 2005, Monique said she broke up with her boyfriend.

They began to go to clubs and parties together, becoming best friends and eventually developing strong feelings for one another. “I’ve never had this much in common with a female person before,” he said. They began to officially date and after a few years, the subject of marriage came up. Samuels resisted at first, happy with the way things were and bearing a negative view of married life. But certain events in his life led him away from the club life and closer to church attendance and the idea of marriage. In a dream, Samuels experienced a nudge that he should marry Monique. He proposed after ringing in the new year, and Monique was ecstatic. Chris Samuel’s wife is now living her dream with her husband and two children, son Chris Jr., and daughter Milani.

Trouble with the In-Laws

Although the couple might seem to have the perfect life, Chris Samuel’s mother and his wife do not get along very well. There was an incident on the show where Monique and Chris’ mother got into a heated argument. “My mother-in-law and I normally don’t exchange words like that. That particular time, for whatever reason–because the cameras were there–she got really excited,” said Monique. “She kept coming back to everything I said with something competitive. I was like, ‘Really?’ She does this to all of her daughter-in-laws, but she took it to another level [that time]. I tried my best to remain calm and handle the situation.”

Chris Samuel’s net worth is $17.0 million and now that his wife is on a reality television show, the couple’s total combined value may be even higher. The couple also owns four houses; a family home, beach house, country home, and fourth home that they rent to Redskins players. Considering the value of their property, their net worth might even be more substantial. Samuels was previously an American college and professional football player. He was an offensive tackle in the NFL for 10 seasons! He stands 6’5” and weighs 314 lbs. In 2000, he was selected for the NFL Draft and played his entire pro career for the Redskins. He was also a six-time Pro Bowl selection. Talk about talent! Now retired, he’s enjoying life with his beautiful wife and children.