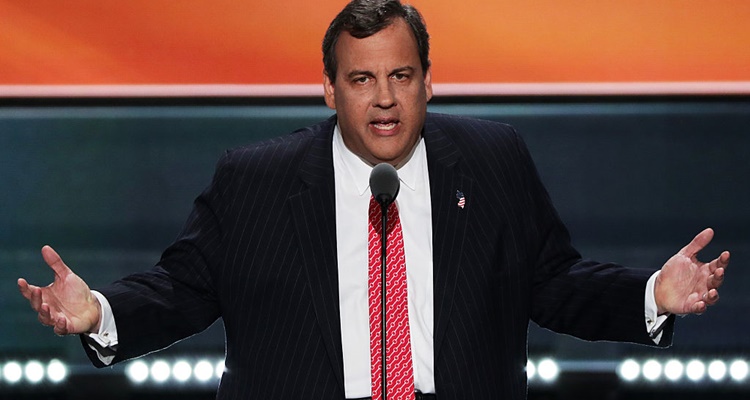 New Jersey Governor, Chris Christie was replaced by Mike Pence as the head of Donald Trump’s presidential transition team. Word has it that Trump’s son-in-law, Jared Kushner, has something to do with it.

Chris Christie was recently replaced by Mike Pence as the head of President-Elect Donald Trump’s transition team. Pence was also picked over Christie as Trump’s running mate. Trump had sought the advice of son-in-law, Jared Kushner to put together his presidential transition team. So, it can be said that Kushner had a hand in removing Chris Christie, as well as some of Christie’s supporters, from the team. To top it off, he might lose his coveted cabinet post of attorney general. Christie’s run of losses has brought him under the spotlight. Here are some facts about him, his wife, and his net worth in our Chris Christie wiki.

He Says He’s Not Wealthy

When the New Jersey Governor announced his bid for the presidenct in 2015, he said that he’s not a wealthy man. Far from what he claims, Christie’s net worth is estimated to be between $3.8 and $4.0 million! The Governor also has a pretty wealthy lifestyle. The family lives in Christie’s mansion, and the family also owns a home worth $1.3 million.

In 2013, the 54-year-old and his wife, Mary Pat Foster have a reported income of $699,000. That puts them in the top one percent, according to the Economic Policy Institute, which states that an income above $385,000 qualifies for the top percentile. According to a report by Mendham-Chester Patch, Christie spent around $300,000 from his state allowance on food, alcohol, and desserts during his office term.

During the 2010 and 2011 NFL seasons, he spent more than $80,000 on concessions at MetLife Stadium.  The Governor has also faced flak for accepting gifts from people and businesses that contrribute to the country.

There’s nothing wrong with being rich. In fact, it proves to be beneficial when you have lifestyle expenditures like paying $120,000 a year to send your children to Princeton and Notre Dame. However, people weren’t happy when Christie said he doesn’t consider himself wealthy, given his spending history.

His Wife was the Breadwinner of the Family

Mary Pat Christie worked as an investment banker on Wall Street. When she became the managing director at Angelo, Gordon & Co., she was earning around $500,000 a year. The couple admits that she has always been the breadwinner of the family, giving the Governor the freedom to pursue his relatively low-paying political career. 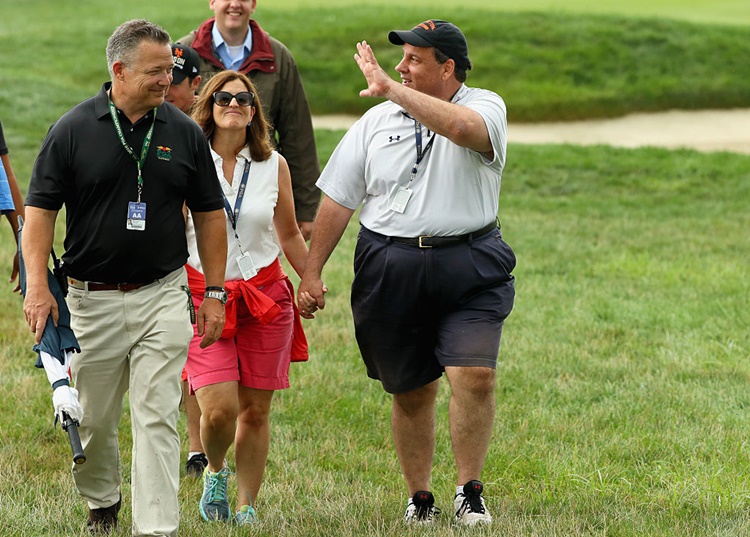 Mary Pat Christie said that she wouldn’t quit her job, because she wants her husband to be happy in his career. Being the main income provider, she also took care of finances for their four children. However, following her husband’s presidential run, Mary Pat Christie resigned from her Wall Street job. She used her connections to raise money for husband’s campaign.

Chris Nearly Lost His Wife in 9/11

The Wall Street firm where Mary Pat Christie worked was two blocks away from the site of the 9/11 attacks. The couple couldn’t contact each other because her cell phone had no reception. After four grueling hours, Mary Pat Chrisite and few survivors crossed the Hudson river and were able to contact their loved ones.

Following the attacks, she quit her job at the firm but returned in part-time capacity before finally quitting last year.

When Chris Christie was a U.S. Attorney, he was involved in the prosecution of Charles Kushner, Jared Kushner’s father, for tax evasion and illegal campaign donations. Charles Kushner was sentenced to prison.

Now, Jared Kushner is the husband of Ivanka Trump and son-in-law of Donald Trump. The President-Elect greatly values Kushner’s counsel, and Kushner reportedly advised his father-in-law to choose Mike Pence as his running mate when many thought Christie, one of Trump’s earliest supporters, was going to be picked.

Christie was appointed the head of Trump’s presidential transition team, but was once again replaced by Mike Pence last week. Following his demotion to vice-chair of the team, many of his associates have also been ousted. Christie’s chances of joining Trump’s cabinet is also very slim. It has been said that Ted Cruz has a higher chance of becoming attorney general over Christie. Is Jared Kushner exacting revenge against Christie?

Many believe that Christie has fallen from Trump’s grace and it’s because of Jared Kushner. Trump’s reps have said that the President-Elect values Kushner’s advice on all matters, but it doesn’t answer whether or not Kushner is personally responsible for Christie’s demotion. Either way, Christie’s political career is believed to be rocky.