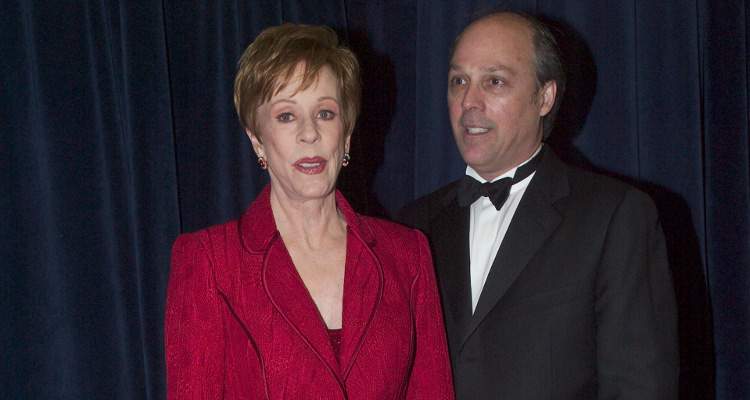 During the special, Burnett was reunited with Vicki Lawrence, Lyle Waggoner, and the show’s costume designer, Bob Mackie. They all talked about their favorite scripts, goof-ups, and favorite costumes.

In the CBS interview, Burnett said, “I can’t believe how fast the time went, and what makes me the happiest is that so much of the funny stuff we did still holds up today, and we can share it with generations to come. What a great ride!”

Posted by The Carol Burnett Show (OFFICIAL) on Tuesday, February 23, 2016

Burnett was asked how the show would look like today and if they would somehow comment on politics.

The actress replied, “No, because that’s not what we were about. We were about doing a musical comedy review a week. It was like a little Broadway show. I think that’s why it has held up all these years: Funny is funny. We always went for that, and we got a little more serious when we started doing the family. Those were pretty heavy … the, you know, dysfunctional family and stuff. The writing was so good. There wasn’t one joke in it. It was all character-driven. All of that’s situation.”

Carol Burnett is a well-known face in the industry. She has not only garnered attention because of her professional life, but she was also in the limelight when she walked down the aisle the third time with Brian Miller.

Who Is Carol Burnett’s Husband

The age difference between Carol Burnett and Brian Miller is 23 years, which makes Brian Miller’s age to be 61.

Not a lot is known about Brian Miller’s childhood or his education. However, like his wife, Miller is also well known in the industry.

A Principal Drummer and Contractor

Miller is no less when it comes to his career. Once upon a time, 61-year-old Miller was a principal drummer and contractor of the Hollywood Bowl Orchestra for many years.

As of now, there is no information about Brian Miller’s net worth. However, Carol Burnett’s net worth is estimated at $25.0 million.

Burnett was married twice before walking down the aisle with Miller. Her first marriage was with her college sweetheart, Don Saroyan, which resulted in divorce in 1962.

A year later, in 1963, Burnett exchanged vows with TV producer Joe Hamilton. The couple had three daughters together. However, their daughter, Carrie Hamilton, who was an actress and singer, died in 2002 due to brain and lung cancer. Their blissful marriage came to an end in 1984.

After being single for over 21 years, Burnett married for the third time to Brian Miller in a private ceremony. The couple dated for three years before tying the knot in 2001. Their relationship sparked a lot of controversies because of their age difference, with Burnett being older than Miller.

While talking about the age gap, Burnett revealed in an interview, “He’s funny and not easily intimidated. As we get older, the gap between our ages narrows. If you were 40 and married a 20-year-old, I don’t think you could communicate like [we do].”

Carol and her husband❤

Brian Miller and Carol Burnett’s photos are proof that the couple does look adorable together. The couple is one such excellent example of how age is just a number in a relationship, and that connection and understanding is what matters most in a relationship or marriage.