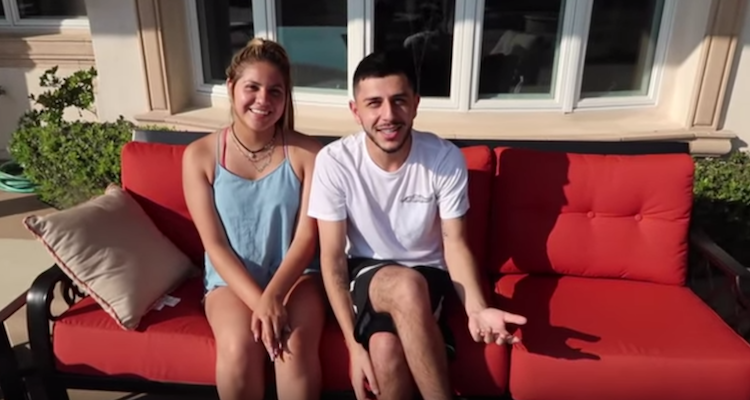 YouTube.com/My girlfriend teaches me HOW TO SWIM!

Jackie Figueroa is best known for being popular YouTuber’s Brandon Awadis, or “Brawadis’” girlfriend. She is often featured in his YouTube videos, doing any number of entertaining activities with her boyfriend. Curious about Jackie and her background? Keep on reading to learn all the juicy details about her in our Jackie Figueroa wiki!

Jackie Figueroa, age 20, started dating Awadis in January 2016. The two have been public about their relationship since the very beginning, with Jackie Figueroa’s Instagram showcasing photos of them since January 11, 2016. Now classified as a social media influencer, Jackie has amassed over 300,000 followers on Instagram, and just under 80,000 on Twitter. She also has a strong presence on Snapchat, often sharing saved pictures off the app with her followers on other social media networks.

Her Fame is Credited to Her Boyfriend

How did Jackie become so prominent on social media? Many accredit her prominence to her relationship with Awadis. He’d created a Vine account during the app’s first year on the market, but didn’t publish content consistently. In April 2015, he made his YouTube channel, which now boasts a plentiful 2.1 million followers! As an aspiring NBA analyst, it made sense that many of his early videos were based on basketball, and basketball players. However, his channel slowly evolved to be more vlog-based. He now frequently features Jackie in his videos, as well as his YouTuber brother known as FaZe Rug. While his videos have shared away from basketball a little, his love of the sport is still evident in the videos he posts today.

Jackie Figueroa’s boyfriend was inspired by his younger brother Brian to begin making YouTube videos. Known online as FaZe Rug, Brian Awadis created his channel back in 2013. Like his brother’s, his channel evolved and went through a few changes, before becoming the prank/vlog channel it is now. He started by making Call of Duty videos during his first year of college, and as his channel began to gain traction after a few months, he decided to make YouTube his full-time job. He now has a whopping 5.7 million subscribers, with one of his most popular videos attracting over ten million views.

Joining a family of YouTuber’s, we’re surprised that Jackie doesn’t have her own channel yet! Judging from Jackie Figueroa’s hot pics on Instagram, it seems like she has the chops to be a top beauty and fashion YouTuber. We’d definitely watch tutorials on how to re-create her flawless makeup looks, and nab some of her stylish outfits! She’s clearly been trying to rub some of her chic fashion choices off on her boyfriend, who’s accustomed to rocking basketball shorts and runners.

Whether she ever decides to create a YouTube channel or not, we’ll continue to keep up with this El Salvadorian beauty on her social media—we can’t get enough of her bubbly personality and enviable selfie skills—and look out for her guest appearances in Brawadis’ videos!