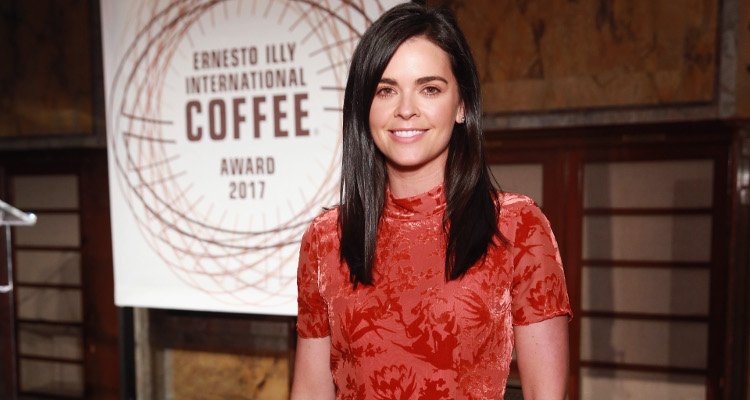 American singer Billy Joel was once married to American cookbook author, television food critic, and chef Katie Lee. Lee is an accomplished woman of her own and a very famous chef. So, it’s not surprising to know that Katie Lee’s net worth is estimated at $10.0 million. If you want to know more about Billy Joel’s ex-wife, then have a look at our Katie Lee’s wiki.

Born Katherine Lee on September 14, 1981, Katie Lee’s age is 36. She was born in Huntington, West Virginia, but was raised in Milton.

Lee took up Journalism and Food Science at Miami University in Oxford, Ohio. She graduated in 2003, and while she was studying there, Lee was a member of Kappa Alpha Theta. She also had the opportunity to spend one semester abroad in Florence, Italy, at The British Institute.

Katie Lee has a website, so feel free to check it out if you’re looking for some delicious food recipes.

Lee met famous American musician, Billy Joel, on the rooftop bar at The Peninsula New York Hotel when she was in New York for a weekend.

Talking about the first time they met, Lee said, “I am coming out of the bathroom, and who do I almost bump into but him.”

Later, Lee’s friend asked him to join them for a drink, and they went out for dinner.

Lee said, “We had this great dinner, and we had pasta and white truffles, and he was really trying to impress me.” She continued, “I’d say it was love at first bite because we had such a good meal and we both love food, so that was what we bonded over.”

Lee and Joel dated for a year, and on October 2, 2004, the pair got hitched at his home in Oyster Bay, Long Island. Alexa Ray Joel, who is Joel’s daughter with his ex-wife, Christie Brinkley, was their maid of honor.

However, Lee’s marital union came to an end after almost five years of marriage, when they decided to split in June 2009.

Lee and Joel released a joint statement, “After nearly five years of marriage, Billy and Katie have decided to separate. This decision is the result of much thought and consideration. Billy and Katie remain caring friends, with admiration and respect for each other.”

There were rumors that stated Lee was dating Israeli-born fashion designer, Yigal Azrouel.

However, all the rumors were put to rest, when a source close to the couple said, “Their decision to separate was absolutely unrelated to Yigal.” The source further added, “It was really the age difference that caught up with them. They grew apart. She is very career-oriented. She loves going out. She loves the city. When Billy isn’t touring, he’d rather be on Long Island with his motorcycles and boats.”

Spooky treats coming up on #TheKitchen @foodnetwork this morning at 11am! ?? (Dress is @karen_millen Shoes #jimmychoo)

Throughout her career, Lee has worked at different restaurants and wine stores. Reportedly, Lee helped to open Jeff and Eddy’s Restaurant in 2003.

Besides, writing cookbooks, Lee wrote her first novel Groundswell, which was released in 2011. The plot revolves around a recovering divorced woman, who finds comfort in the healing power of surfing.

Additionally, she was also a food and lifestyle contributor for The Early Show and has also appeared on Extra as a special correspondent. She has also made appearances on Paula’s Party, Today, Martha, The Nate Berkus Show, Rachael Ray Show, The Early Show, and Fox News.

Lee was also a judge on Iron Chef America. And, was a guest judge on Beat Bobby Flay in 2016. She has also appeared as a co-host on the Food Network’s talk show, The Kitchen, and the Cooking Channel’s Beach Bites with Katie Lee.

Katie Lee’s net worth is estimated at $10.0 million.