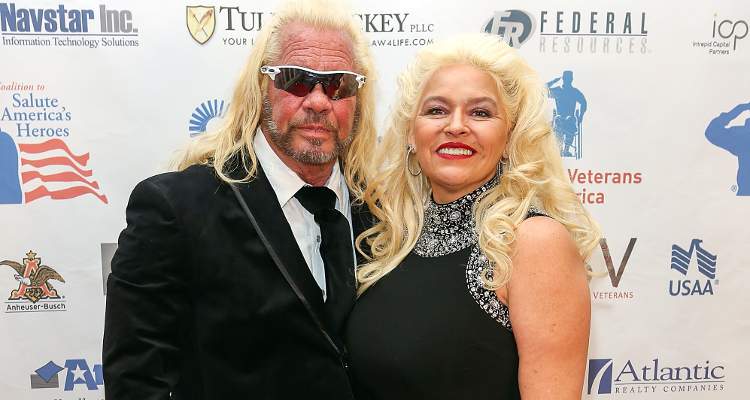 Reality TV star Beth Chapman was diagnosed with throat cancer earlier this year, and already underwent surgery. Fans have been concerned about her, so we have Chapman’s cancer update.

Duane “Dog” Chapman and his wife Beth Chapman have been on the road catching fugitives for 15 years. But this year, he faced a challenge that nobody could ever be prepared for. Beth was diagnosed with throat cancer in September, and she’s been very bravely fighting the disease. Here is what Beth Chapman’s up to in 2017.

Beth Chapman discussed her diagnosis in a letter to friends, “After months of a nagging cough, a routine checkup resulted in a diagnosis of stage II throat cancer. I have what is referred to as a T2 Tumor in my throat that is blocking my breathing. My doctors are suggesting immediate treatment and surgery before the disease progresses.”

Chapman underwent a grueling 13-hour surgery, where a “plum-sized tumor from her neck” was removed. The doctors at Cedars-Sinai Hospital were successful in the operation, which put a positive spin on the Chapmans’ outlook. However, the seven-inch scar left an impact on Beth, though Dog is being very supportive.

“Every picture I see of us together, I remember where it was. It just makes all those moments that you shared love a lot more real when that could be what you’re left with: just the moments. It was hard as shit.” Dog revealed after the diagnosis.

The couple took this experience as a way to learn, “Early detection is key [to] this whole disease.” said Beth as she explained that cigarettes, stress, and diet played a key roles in her diagnosis.

The couple decided to be open about Beth’s fight with cancer, and aired the two-hour special, Dog and Beth: Fight for Their Lives, because, “We just share everything with our fans. And this wasn’t something that you could keep secret. It wasn’t going to be an easy battle by any means.”

After watching the special, we now know that Beth will receive the good news that she is cancer-free and on her way to getting her life back.