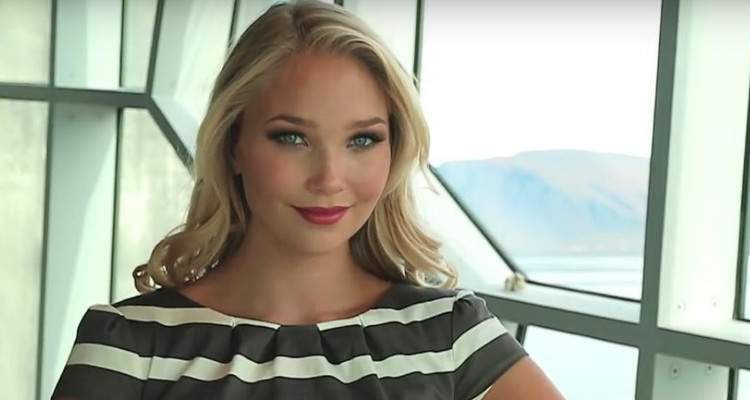 Arna Ýr Jónsdóttir is the reigning queen from the land or fire and ice. No, it’s not a new addition to the Game of Thrones cast. We’re talking about the current Miss Iceland competing in Miss Universe 2017.

If you haven’t heard of Arna Ýr Jónsdóttir, you need to get out from under that rock. This stunning lady rocked the pageant world some time back. Jónsdóttir has made headlines as well as hailed on social media for taking a stand. She may not have won the crown the last time, but this time, she’s here for the win. Find out about this amazing queen, including her nationality, family, and platform in Arna Ýr Jónsdóttir’s wiki right here.

She Has a Twin

Arna Ýr Jónsdóttir was born and raised in the country of fire and ice, i.e. Iceland. Born in Kópavogur, she lives with her parents and brother in the capital of Reykjavik. She is very close to her twin brother, Andri Freyr Jónsson.

In her pageant introductions, she has never failed to mention her brother. They share a very close bond from the looks of it. She dedicated an Instagram post to Andri, who she credits for bringing her out of her shell and standing up for herself.

The 22-year-old competed in national and international pageants before. She won Miss Iceland the first time in 2015 and represented the country in Miss World that year, but was unplaced. She was later set to represent Iceland in Miss Grand International 2016 until an incident ended with her pulling out.

She made international headlines for quitting Miss Grand International, which was to be held in Las Vegas. The then 20-year-old explained her reasons in her withdrawal letter she posted on Instagram. She said that organizers asked her to go on a crash diet and lose weight just days before the pageant finals.

From a very young age I was too shy. Too shy to speak, tell my opinions, ask for advice, stand up for my self, be true to my self and believe in my self. But my miracle was this cute boy! He was always there for me, when I was too shy he spoke for me, he made sure I was okey, he made sure no one hurt me. He was always there for me but still, only 2 mins older than me. Dear @andrifreyrjonsson my other half, my twin brother. Thank you for teaching me how to stand on my own feet and follow my own heart. Without you I wouldn't be coming home TOMORROW ❤️

Addressing the letter to the President of Miss Grand International, Nawat Itsaragrisil, she said that pageant staff told her that she had too much fat on her body. They wanted her to stop eating breakfast and live on salad and water until the contest to have better chances at winning.

“In my country my body shape is perfect. And that’s what I’m gonna remember. No one will ever tell me anything else,” she wrote. “If anyone tells me that I’m too fat or whatever, they just don’t deserve me,” she said in an interview. She was hailed on social media for taking a stand.

Itsaragrisil released a statement saying that she was asked to lose weight. Claiming that she looked “slimmer and more beautiful” in her previous photos, he said his staff recommended “in a good way” that she lose weight.

She became a Model

Arna Ýr gained attention for propagating the body-positive image and calling out unfair standards in the pageant world. It was not long before her new-found fame got her many offers just for being who she is.

A few days after quitting Miss Grand International, she signed a modeling contract with none other than Nike. “My past has made me who I am today. I’m so proud to be one of the faces for Nike and if I would not have my sporty body I would never have gotten this huge opportunity to work with Nike,” said Arna Ýr.

She went on to sign more sports and fitness advertising deals and is seen modeling Adidas and Reebok on her Instagram. Not only did she get more modeling offers, but she also went on to prove her critics wrong by winning Miss Universe Iceland 2017. Now she’s back in Las Vegas to win the Miss Universe title for her country.

My past has made me who I am today. I'm so proud to be one of the faces for Nike and if I would not have my sporty body I would never have gotten this huge opportunity to work with NIKE. #nikerunning #nike #justdoit

Itsaragrisil’s staff said Jónsdóttir’s shoulders are too broad. She retorted “Yes, my shoulders are a bit broader than the other girls’ but that is because I was a member of the Icelandic national athletics team and I am proud of that.”

She’s studying to be a nurse and hopes to work as a midwife someday. But her proudest achievements are in the athletic field. A former gymnast, she found glory as a track and field athlete. She specializes in pole vault and is a member of the national team. She won the Icelandic women’s championship and brought home the bronze medal at the 2014 European Team Championships in Tbilisi.

Her life as an athlete has inspired her to follow a healthy lifestyle. She maintains a blog on fitness and her journey to Miss Universe. She also loves looking for recipes and cooking healthy meals.

Why have a breakfast buffet when you can bring your #Kelloggs #SpecialK with you? Loving Germany!! #ad

Arna Ýr has been dating Egill Trausti Ómarsson, a professional soccer player, for a long time. The 24-year-old plays midfield for Iceland’s national soccer team. This couple are often featured in each other’s Instagram posts looking cute as a button.

Lately, they haven’t posted much photos together. Ómarsson’s last post with Arna was back in July. It appears their busy lives have gotten in the way. She hasn’t posted about him in a while either. Most of her Instagram details her preparations for Miss Universe.

#1. Props for that caption!

#2. These boots are meant for walking.

#3. Since she’s there, she could try on that glass shoe…

Fun fact about me. I always wanted to be a farmer girl.. and still want to ? because I love animals toooooo much!! ?❤️❤️ -Give me a cat, horse, dog, bird or rabbit to hug and you'll see the biggest smile in the world ??? • #missuniverse #missuniverseiceland #missnorthernlights 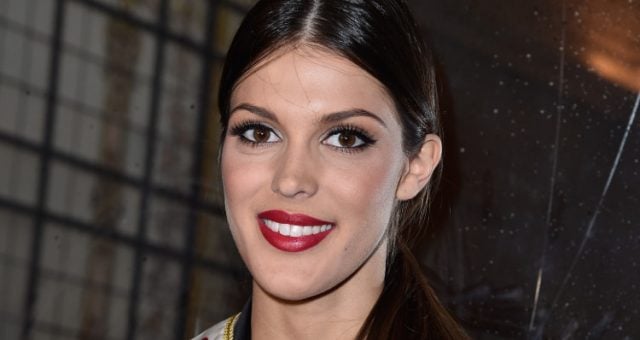