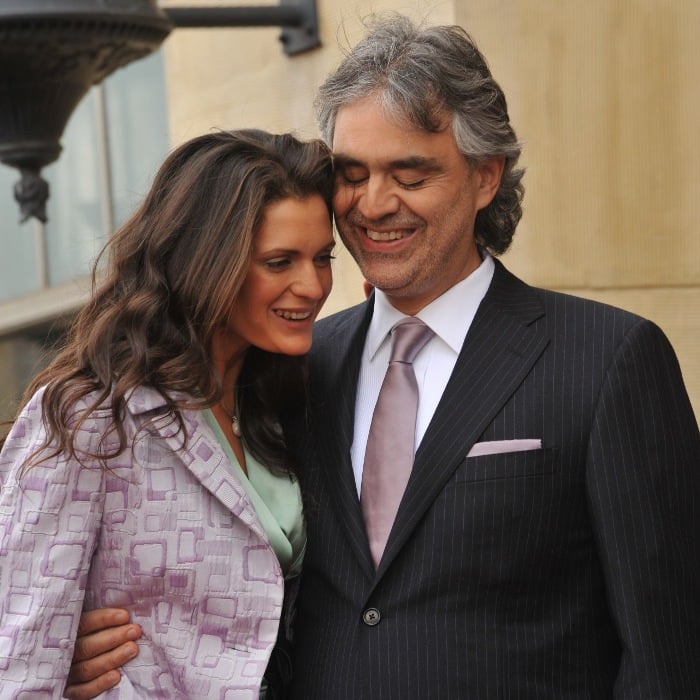 Most people assume that older men are drawn to dating a younger woman simply because of their youthful beauty. But not all of these May-December relationships are based solely on physical attraction—many of them are built on the foundation of real chemistry between two people, regardless of the age difference.

Award-winning singer Andrea Bocelli, 55, is the perfect example. After meeting in 2002, Bocelli started dating Veronica Berti. At the time, he was in his mid-40s, while she was only 18. You might naturally assume that Bocelli was drawn to the young woman’s looks, but the singer has been completely blind since the age of 12.

The celebrity couple has been together ever since. In fact, their May-December relationship has been so successful that, after 12 years of dating and one child, Andrea Bocelli and Veronica Berti (who’s now his manager) finally tied the knot on March 21, 2014. The celebrity couple had a small, intimate wedding ceremony in Italy and exchanged vows in the presence of close friends and family members, including Bocelli’s two teenage sons from his first marriage.

This celebrity couple’s love story coincides with what we maintain here at EarnTheNecklace.com. A successful May-December relationship is about much more than a physical or sexual connection. Like any conventional relationship, it’s still rooted in mutual respect, understanding, compatibility, and love. It’s not always about sex or money; it’s about finding someone whom you connect with on a physical and emotional level, regardless of whether or not there’s a significant age difference.