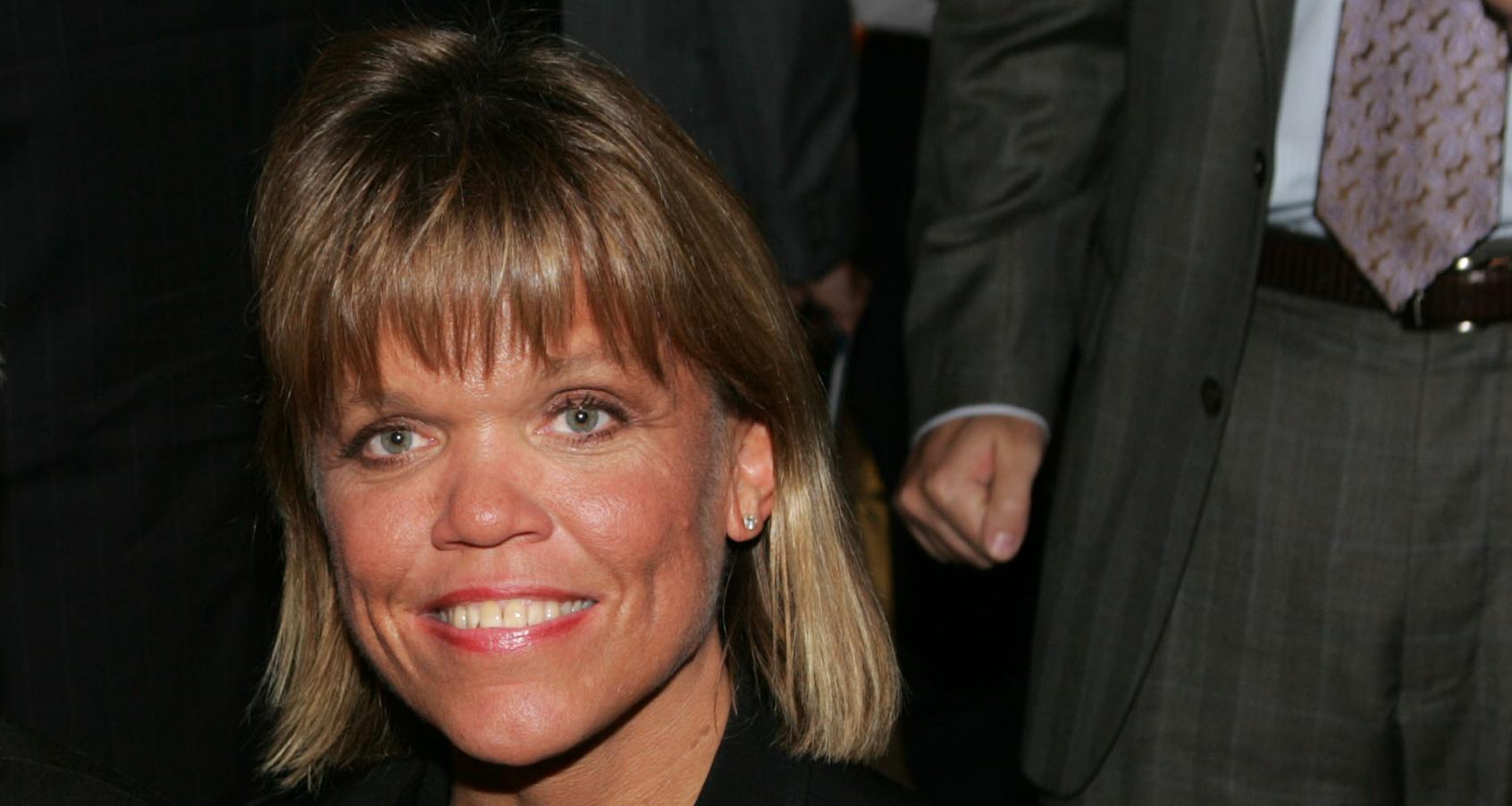 Amy Roloff is the endearing matriarch of the Roloff brood on the popular TLC show, Little People, Big World. Throughout the show’s 10 seasons, we have seen her take care of her family, go through a divorce, find love again, become a grandma, and build a successful business.

If you’re a fan of TLC’s Little People, Big World, you’re probably aware that Amy Roloff and her ex-husband, Matt Roloff, have had their fair share of disagreements. But the exes put on a united front for the sake of their family and business.

Amy maintains the family farm while being an ever-present mom (and now Grandma) to her family. So, to celebrate this enterprising and inspiring star, here are some details from Amy Roloff’s wiki.

She Proves Dwarfism Is Not a Challenge

She underwent surgeries in her childhood due to a type of dwarfism she has, called achondroplasia. It’s a condition where the arms and legs are short while the torso is typically of normal length.

Amy Roloff’s parents and siblings are of average height.

According to Amy Roloff’s bio, the experience “taught her to turn ‘Can’t’ into ‘Why not.’”

Dwarfism has barely affected Amy’s quality of life. And after graduating from Central Michigan University, she has made great achievements as an entrepreneur and philanthropist. Now, she’s an adored reality star.

Amy and her family saw a great opportunity to educate people about dwarfism when TLC approached them for a show.

“Nothing had depicted dwarfism in an everyday way,” said Amy when Little People, Big World was still six seasons young.

The reality star spoke about how the show changed her life and said, “But in the end, I think the biggest change is the general perception people have of dwarfism and how people approach me. They’ve gotten to hear my story on the show, and I in turn am able to hear their stories because they feel like they know me before they’ve even met me. In some ways that’s very humbling.”

Amy believes that LPBW has inspired many to get through the challenges that they may face. She recalled a particular incident at an airport where a security guard approached her. He and his wife found out their child was going to be a dwarf, but LPBW helped them see that their child will grow up just fine.

Amy and Matt Roloff Met at Convention for Little People

In 1987, Amy attended a convention held by a non-profit organization called Little People of America, and that’s where she met Matt Roloff. They hit it off and married that same year.

Matt worked as a computer programmer for Silicon Valley companies before. Amy was also employed in Silicon Valley for a while. She also taught early childhood education before the couple fully dedicated themselves to their family farm.

Amy and Matt are parents to Zachary, Jeremy, Molly, and Jacob Roloff. Among the Roloff kids, Zachary is the only one who has dwarfism.

The kids have all grown up; some have gotten married, moved away, and even had children of their own. So, they aren’t often seen on the show.

The Roloffs moved wherever Matt’s jobs took him until they took up residence on a farm in Oregon. They bought a 100-plus acre farm that was best known for growing pumpkins, and turned it into a legit tourist destination.

Together with her family, Amy starred on LPBW. The show recently made it into the Guinness World Records for the most episodes of a family-oriented reality show! 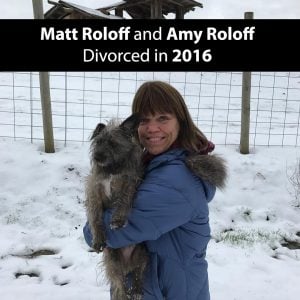 Sadly, the couple’s marriage didn’t last. Matt and Amy Roloff divorced in 2016 after nearly 30 years of being together. Nonetheless, they remain amicable for the sake of their business and family.

Even after the divorce, Amy and Matt remained as co-owners of the farm and continue to live on the property together. But they’ve recently considered selling the farm to put some distance between them, especially now that they’re both dating new people.

The 53-year-old boasts remarkable entrepreneurial skills, which are obvious from her many business ventures. Amy Roloff’s net worth is estimated at $4.5 million.

Aside from running the family farm, LPBW has shown how Amy came up with Roloff Farms’ fantastic range of pumpkin salsas. The salsas recently made it onto Kroger’s shelves and are featured on Amy Roloff’s Instagram account!

She was at the forefront of negotiating the TV deal with TLC, which kept LPBW running for 12 seasons. She has diversified her TV credits by appearing on shows like Celebrity Chopped, The Rachel Ray Show, and The View.

Amy has made her irresistible family recipes available to fans online through “Amy Roloff’s Little Kitchen.” The business ships her baked goodies all over the country and people can’t get enough!

The Roloffs have authored books of their own in a variety of genres. Amy published a recipe book and has an autobiography on the way.

Until then, she’s front and center at conferences, seminars, schools, universities, and non-profit organizations as a motivational speaker.

Apart from her busy schedule, Amy is an active philanthropist through the Amy Roloff Charity Foundation for at-risk youth and disability groups. She also does her bit for the Dwarf Athletic Association of America, among several other charitable ventures. 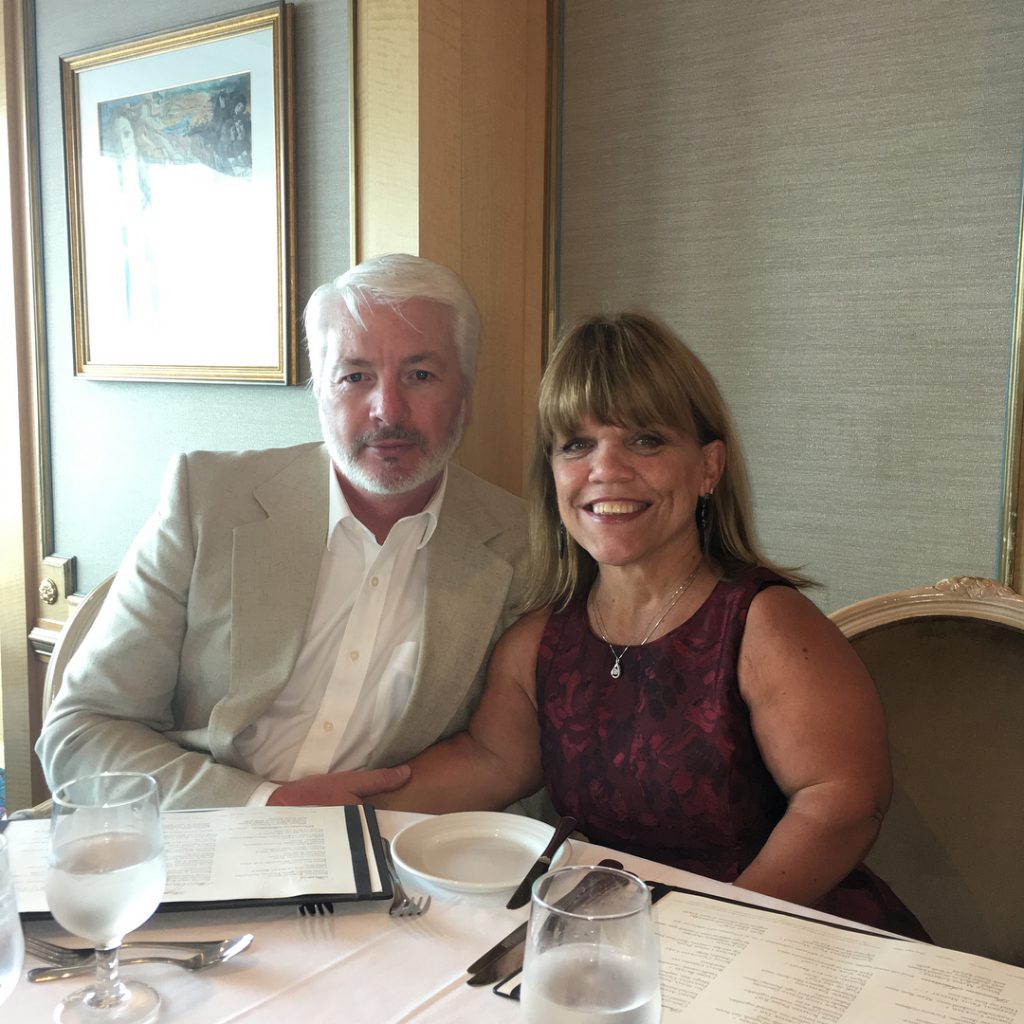 After the divorce was finalized, Amy began dating Chris Marek, who we’ve seen on the show. The 55-year-old was a photographer before he found success as a real estate agent.

As their relationship progressed, Amy confided in her friends about Chris. But everyone seems to like him! Even Amy’s kids gave him their stamp of approval!

So far, it appears that Amy Roloff and Chris Marek are going strong.

Amy Roloff recently came under fire for her treatment of Caryn Chandler, the farm’s employee and Matt Roloff’s current girlfriend. There have been a few awkward interactions between the ladies due to the nature of the Roloffs complex relationship.