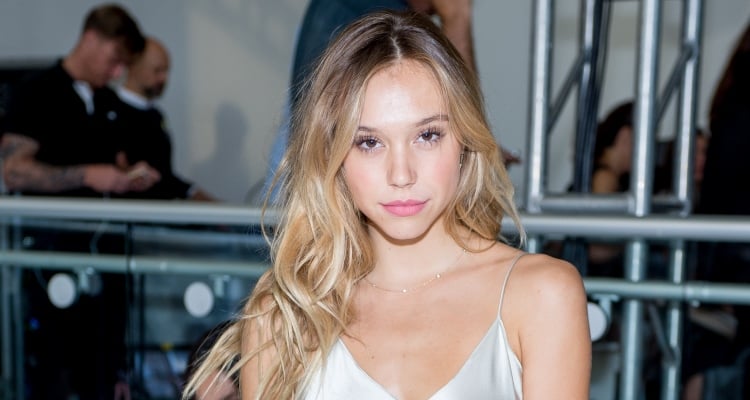 It appears that 2017 is the year of music, or at least expected music. The Chainsmokers just released their newest single, “Paris” and if it’s anything like their other songs, then we can expect good reviews from it.

Who is Alexis Ren?

Alexis Renee Gaylord was born on November 23, 1996 in Santa Monica, California, to parents Cynthia Gaylord and Frank Gaylord. She is famous for being an Instagram bikini model and has been in the business of modeling since she was just 13.

She was Discovered at an Early Age

Ren got discovered by scouts at a Los Angeles mall when she was just 13 years old, and she modeled in Japan when she was 14. She didn’t become an Internet fan favorite until she was 15—and she’s now 20! When she posed on Tumblr in a black bikini for photographer, Lucas Passmore, she instantly became famous. She has traveled the world and has been to place such as Ibiza, Burning Man, and Bali. These exotic locations help keep her 7.0 million Instagram followers wishing they were on a beach with her! To her fans, Ren is the definition of “goals” and every girl wishes they had her life. (We’ll be honest, we kind of wish we had it too!) Ren has worked for names such as Calvin Klein, L’Oreal, and Express.

“I started posting on my social media super-young,” Alexis said in an interview with The Cut. “I didn’t really understand what it was. When I was about 15, I started posting behind the scenes of shoots, little things of me holding up the color corrector, cute things, me in a bikini. It was just all innocent and fun, and I saw people really starting to respond to it.”

Alexis Ren’s net worth is hard to determine at this time, but she’s definitely doing well for herself and has been since before she could even drive! Many of her followers have suggested that the young model doesn’t pay for her trips herself, alluding to her being a kept woman.

“I want to show that I make my own money, and I pay for my own things, and that’s how I’ve always been since I was 15,” she said. “It just makes me laugh. I laugh. I find it so amusing that people actually think that.”

Gigi Hadid is Her Role Model

“I look up to Gigi Hadid,” said Ren. “I love where she’s taken herself, I love what brands she’s working on. I respect her because I understand … I mean, girls like her open the doors for girls like me. So all I can do is thank her.”

Ren was romantically linked to former boyfriend, Jay Alvarez before they broke up last year. The rumors were getting out of hand and between the cryptic Twitter messages and cold unfollowings, fans were starting to connect the dots.

“I am too full of life to be half loved,” Alexis wrote on Twitter on August 18, confirming the news of the break-up.

The Chainsmokers Love Her!

The Chainsmokers have always been a fan of Ren and it’s no surprise that she was sporting a bikini in their “Paris” music video. They had nothing but praise for her when they named her the top girl to watch on Instagram, in Crave magazine. “By far the dopest of all the chicks, she pretty much represents what we all want out of life: a dope relationship, smiles and a cool, hot ass gf,” said The Chainsmokers about Ren.

“The Chainsmokers workout” has also been trending, since the band produces some of the best songs to workout to. Ren works out daily (clearly) and gets at least 20 minutes of sun, to maintain her sweet tan. Alexis Ren’s age may only be 20, but she’s done a lot for herself in a short period of time and we can only hope to see Ren and Hadid sharing a runway very soon!