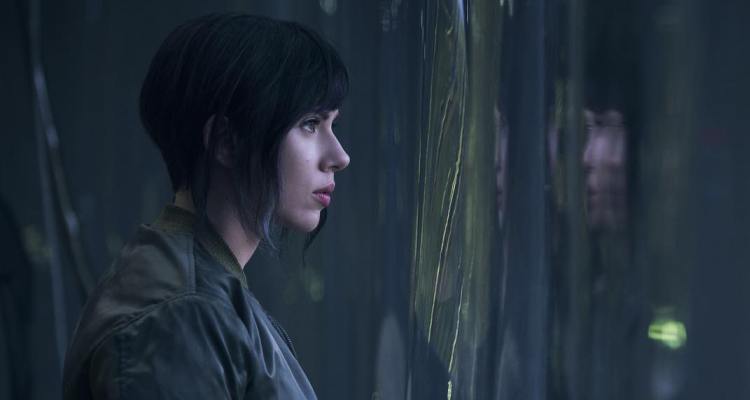 Did you ever think people would be this upset about Scarlett Johansson starring in a movie? Hard to imagine, but the backlash for the Lucy star playing the role of Major Motoko Kusanagi in the adaptation of the anime Ghost in the Shell has caused uproar and lead to more accusations of Hollywood’s whitewashing roles that should go to people of color.

This failure to understand the cultural significance of casting Johansson in a story so deeply tied to Japan’s physical and social environment is not only disturbing, but is part of a pattern of studios putting the almighty dollar ahead of respecting the true nature of a story and its characters.

Can Johansson play the role? Of course she can. And, she will probably do an amazing job. But the story of Ghost in the Shell is one that demanded its key role be played by someone who resembles the society in which the tale is set. It forces us to wonder how far Hollywood has truly come since Mickey Rooney’s ignorant and racist portrayal of Japanese landlord I. Y. Yunioshi in 1961’s Breakfast at Tiffany’s.

Racial ignorance still continues as Hollywood proves to have dropped the ball on several opportunities to properly and responsibly cast Asian roles. Here are five more examples of whitewashing by Hollywood.

Jim Sturgess plays Ben Campbell in 21, a movie about a group of Asian-American card players. The movie, inspired by true events, somehow ended up with white actor Jim Sturgess in the lead. Though his depiction of Ben Campbell, and the movie overall, received largely positive reviews, its failure to correctly depict the characters as Asian was glaring. Even stranger was that Jim Sturgess was relatively unknown before this role, so the “star power” argument doesn’t fit.

With Justin Chatwin in the lead role of the Japanese character, Goku, 20th Century Fox had to have seen the backlash coming. Dragonball Z had a massive following before the idea to turn it into a movie was even a thought. But again, in an effort to streamline the characters for American consumption—and who are we kidding: because they thought it would make more money—Justin Chatwin was cast as the iconic Goku. That was just one of the issues with the film as Hero Complex called it “the most hated film” in 2009, and that was before it hit theatres. Yikes.

Divya Narendra in The Social Network

Hardly anyone made a fuss about the casting of Max Minghella as the Indian-American Divya Narendra. It might have been because the Facebook brand was (and still is) so untouchable, but that shouldn’t remove studios from their duty to be honest as to the ethnicity of these real-life characters. The Social Network went on to win multiple awards, but demonstrates yet again that Hollywood has little respect for anything other than box office bottom lines.

Katara, Aang, Zuko, and Sokka in The Last Airbender

There is no sympathy for this movie as many Airbender fans boycotted the film for its outright refusal to include any Asian actors for characters that are explicitly Asian and Inuit. Letters were sent by angry groups to the producers of the movie, and there were protests shortly thereafter once that first round of letters was returned unopened.

This one is probably more disappointing than it is upsetting. By his name along, you can tell that Khan is of South Asian decent and while the original Khan was a person of color (Mexican actor Richardo Montalban), director JJ Abrams had the opportunity to cast a real South Asian actor for the role of Khan Noonien Singh in the long-awaited sequel, Star Trek Into Darkness. Instead, he went in a completely different direction and cast a white, British actor, Benedict Cumberbatch, to play the role. And with Star Trek too much of a powerhouse to even protest against, many just whimpered and shrugged their shoulders at Hollywood just not caring very much about the diversity of its castings.

BONUS: Vincent Kapoor in The Martian

For some reason, Hollywood just doesn’t want to cast Asian actors, even in a movie like The Martian, which is based on a book that has an Indian character named Venkant Kapoor. Ridley Scott’s film changed the character’s name to Vincent Kapoor and cast black actor Chiwetel Ejiofor in the role. While we’re glad that a non-white actor was cast, it still makes us wonder what kept the filmmakers from casting an actual Indian actor for the role of an Indian character.

Today, the whole #OscarsSoWhite thing put the topic of race in Hollywood front and center. When the Hollywood elite, like Will Smith, botcott something like the Oscars, it forces the industry to at least pay attention. Whether any of this will lead to distinct change is unknown, but one can hope public outrage will inspire studios to start making movies that are more racially inclusive.

No one is asking for handouts, just equal and fair opportunities. Movie studios should be giving  people of color a chance to play characters of color without the general public needing to ask for it.