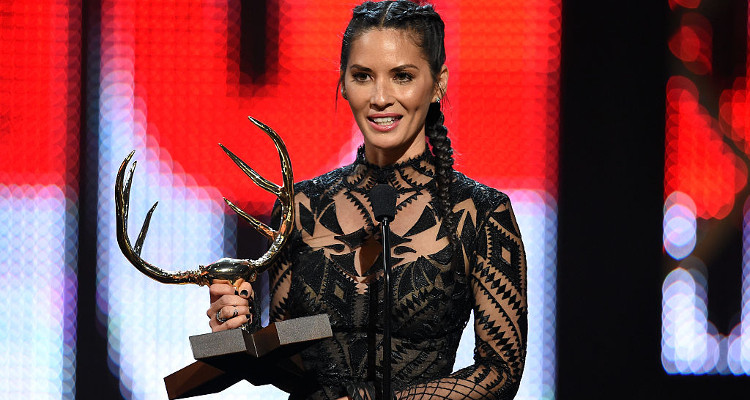 Actress Olivia Munn is a household name because of her stunning good looks and stellar acting chops. The 36-year-old model is well-known for her impeccable sense of style and has worked in the Japanese fashion industry, as well. Munn frequently makes headlines for her personal (as well as professional) life. She is currently dating Green Bay Packers quarterback, Aaron Rodgers. The two make quite an attractive couple, as they are often photographed out and about by the paparazzi. Munn has a large fan following, who are always searching the Internet for her hot Instagram pics, as well as her leaked nude pics. Here are ten of Olivia Munn’s hottest photos:

#1 Cruising on the Water: Munn looked sensational while riding a jet ski in a flimsy brown bikini. Her short brown hair was left loose, as she shot for an advertisement with basketball legend, Kareem Abdul-Jabbar for the popular burger chain, Carl’s Jr. After Kim Kardashian and Audrina Patridge, she was the newest celebrity to endorse the popular fast food joint. 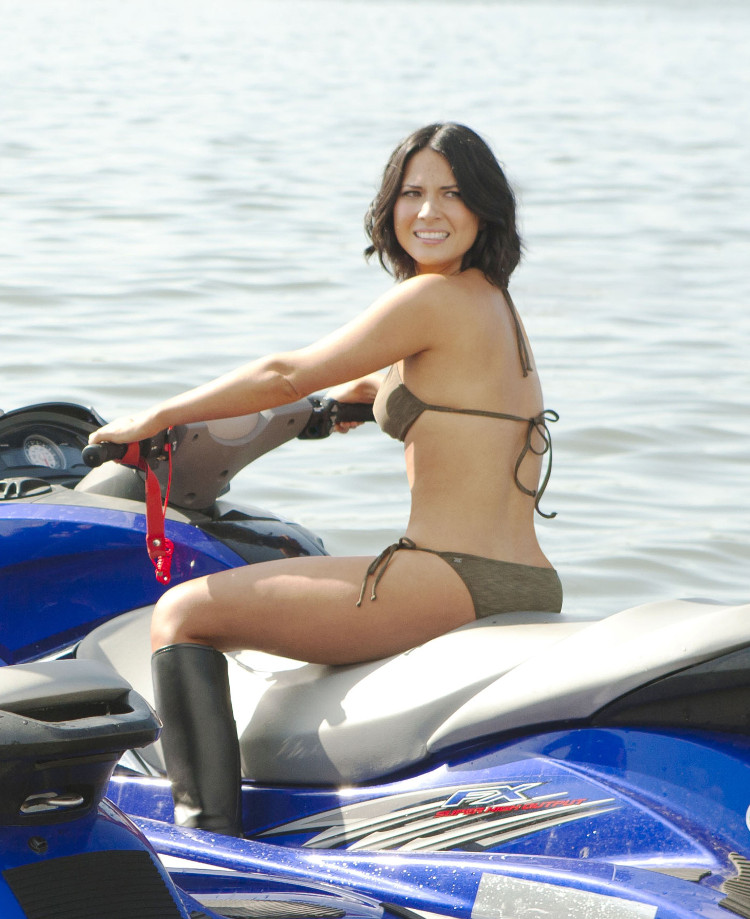 #2 Beauty in Beige: Munn looked fantastic at the Bvlgari ‘Decades of Glamour’ Oscar Party at Soho House in West Hollywood, California. She wore an off-shoulder gown accentuated with dangling earrings, and her dark hair was slicked back. Her deep red lipstick completed the look. 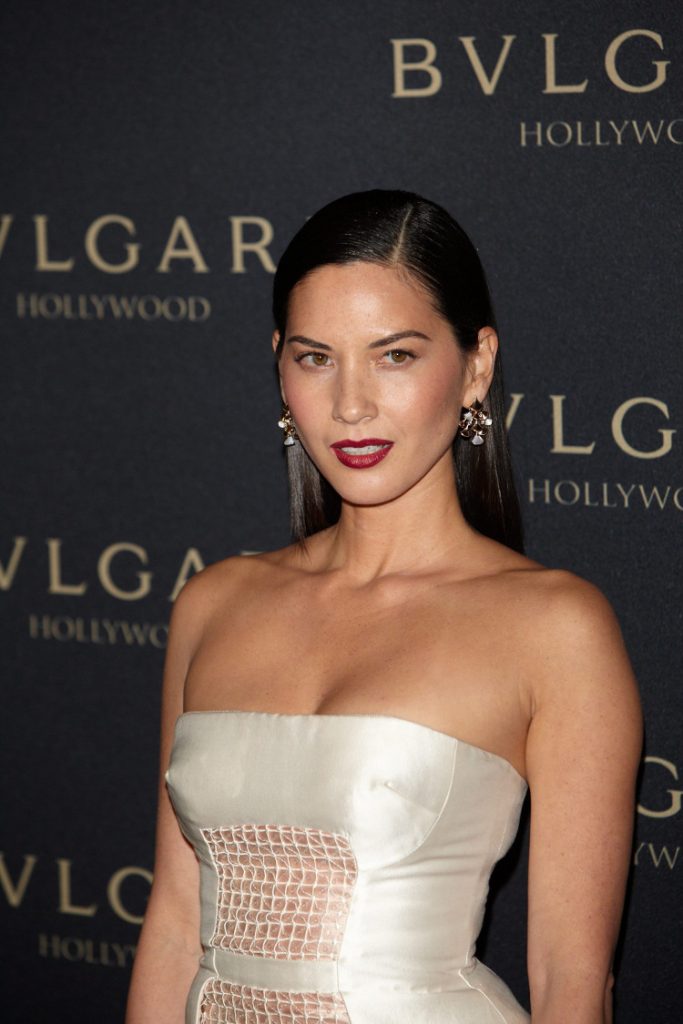 #3 Lady in Red: The Date Night star looked flawless as her low-neck red gown perfectly matched the hue of the red carpet at the 49th Annual Academy of Country Music Awards. The glitzy event was held at the MGM Grand Garden Arena in Las Vegas, and was graced by numerous celebrities. Munn ensured that she stayed in the spotlight, with her thigh-high slit and sparkly silver heels. Her hair was pulled back in an elegant bun. 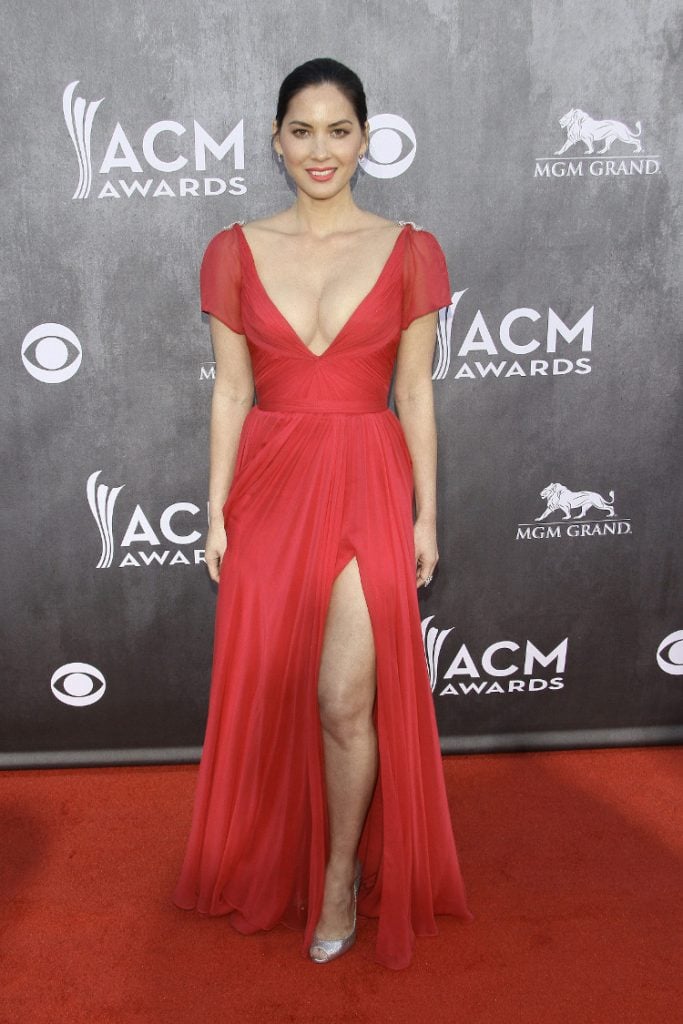 #4 Casual Chic: The Iron Man 2 actress was the epitome of cool as she wore a gray corset paired with loose navy blue pants. The light-gray trench coat completed the casual look, as Munn left the SiriusXM Radio event in New York City. Her luxurious hair tumbled down her shoulder in waves. 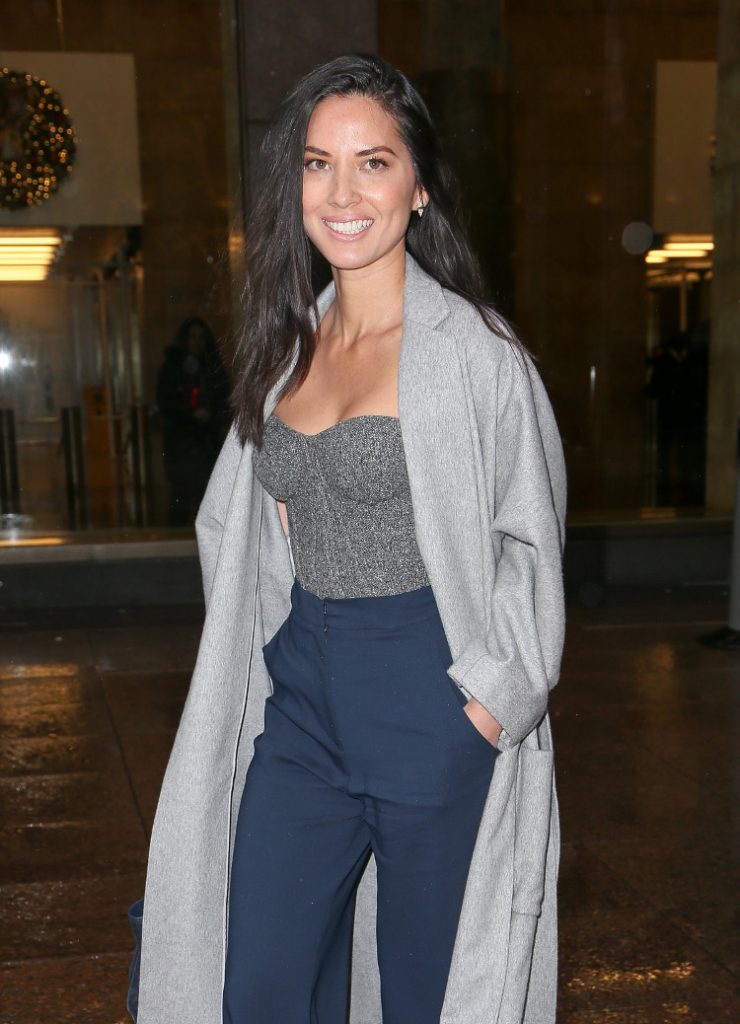 #5 Peek-a-boo: The 36-year-old star looked breathtaking in a see through, full-sleeved black gown at the Los Angeles premiere of her movie, Mortdecai at the TCL Chinese Theater in Hollywood, California. The film was released in 2015 and also starred Johnny Depp and Gwyneth Paltrow. 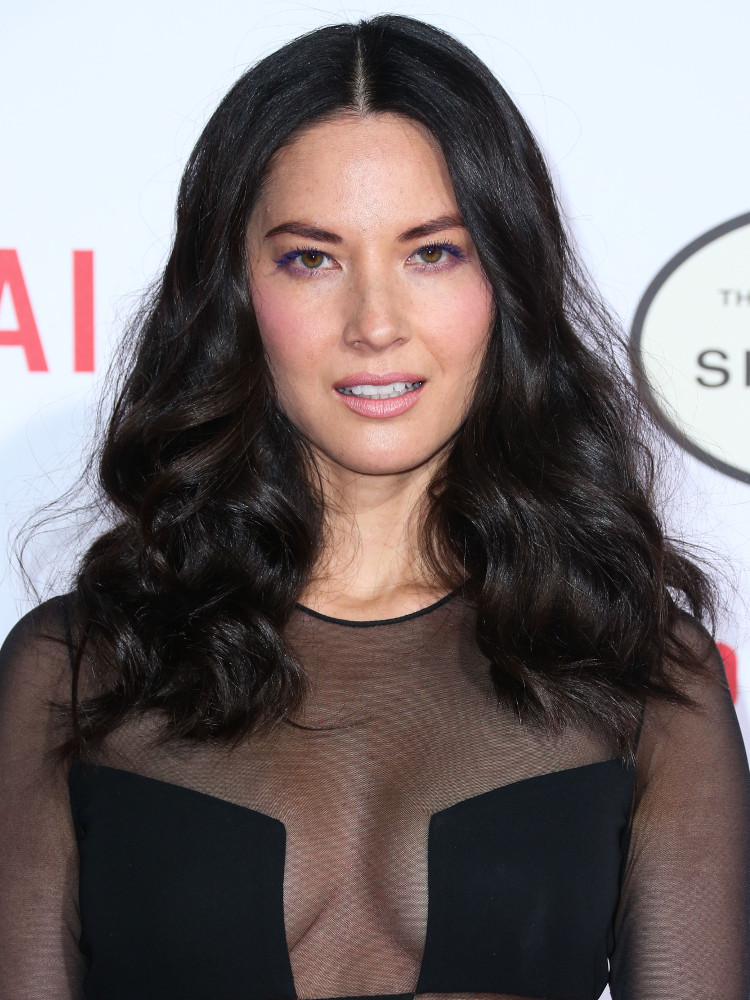 #6 Shining Like a Star: Munn looked every bit the star as she shone brightly at the Tom Ford Autumn/Winter 2015 Womenswear Collection in L.A. last year. The I Don’t Know How She Does It actress was ravishing in a sparkling purple see-through dress, paired with black high heels.

#7 Out of this World: The Magic Mike star flaunted her hourglass figure at the Global Fan Screening of X-Men: Apocalypse in London, England in May 2016. Her brown halter crop top was perfectly paired with a gold patterned skirt and matching heels. 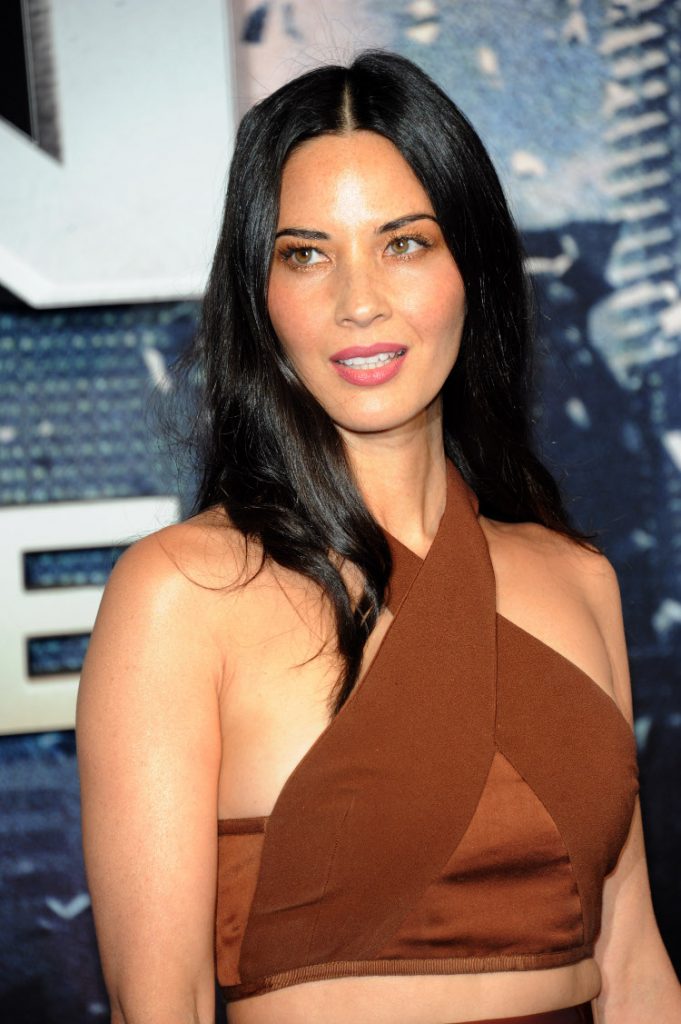 #8 Sheer Style: All eyes were on Munn as she arrived at Spike TV’s “Guys Choice 2016” in Culver City, California. She wore a short lace overlay dress and black heels, while her brunette curls were braided in two. 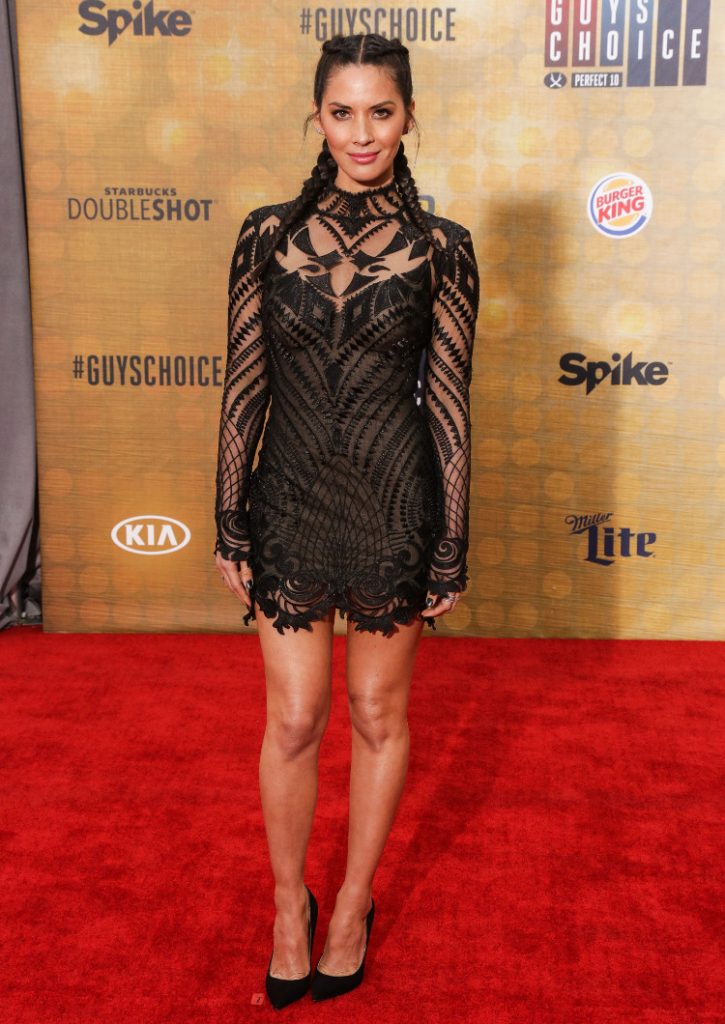 #9 Natural Beauty: Munn looked fresh-faced and youthful, as she arrived at the InStyle gifting suite in Brentwood, California. She painted a pretty picture with minimal makeup and sunglasses perched on her head. 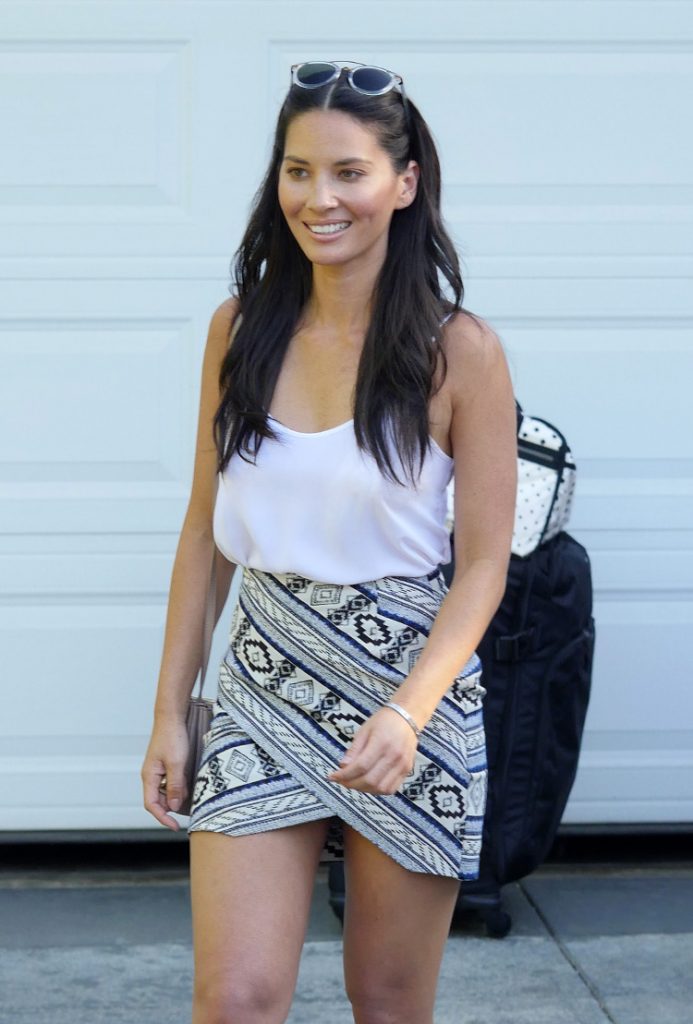 #10 Orange is the New Black: Munn showed onlookers that fall fashion is here, as she flaunted a gorgeous pumpkin-hued blouse and asymmetrical skirt. Strappy beige heels and a blue trench coat completed the look. 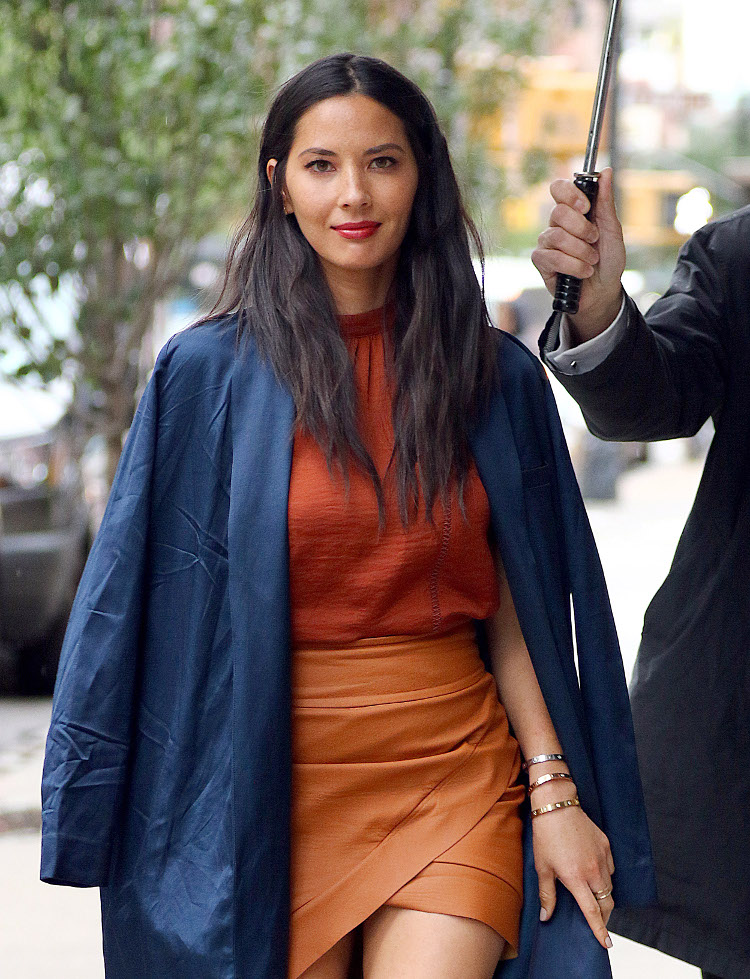