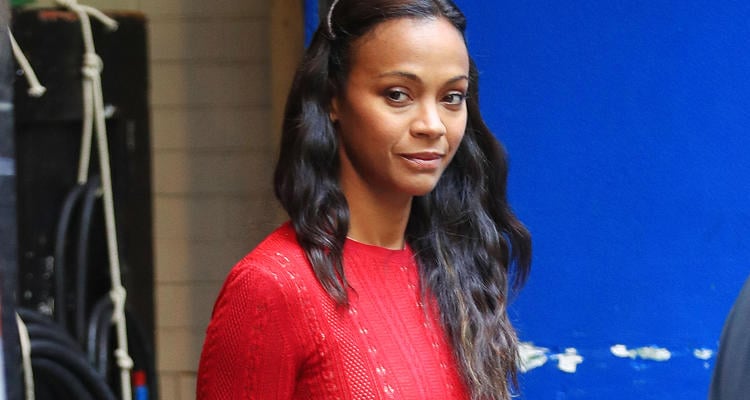 Though detractors keep finding fault with Hollywood for not having enough ethnic diversity in their projects, there are exceptions to this rule. A case in point isactress and dancer, Zoe Saldana. Saldana has quietly burrowed a path inside Hollywood and has become one of the stars to look out for. That she is Latina is just a coincidence. So, who is Zoe Saldana’s husband? The lucky man is Italian artist Marco Perego to whom Saldana secretly got married to in June, 2013. In a clear departure from tradition, Perego has adopted his wife’s surname. So, Saldana’s husband goes by the name of Marco Saldana or Marco Perego-Saldana. Wow! Talk about breaking down gender norms! With Saldana’s profile rising in Hollywood, her fans are curious about her dating timeline.

Saldana was born in Passaic, New Jersey, and has a multicultural background. Her father is from the Dominican Republic while her mother is from Puerto Rico. Saldana also has Lebanese and Haitian roots. Saldana is very proud of her black ancestry, and despite the current backlash against the black community in the U.S., she is not afraid to publicly admit it. She grew up in Queens, New York, and spoke two languages fluently: English and Spanish. After her father died in a car crash, Saldana moved to the Dominican Republic along with her mother. There, she felt pulled towards dance and learned ballet. She returned to the U.S. when in high school and started acting in plays. Even though she was so young, Saldana tackled the complex themes of adolescent sexuality and substance abuse in her plays. She soon caught the eye of a talent agency and the doors of Hollywood opened up for her.

Making It Big in Hollywood

She was perfect for the role of a young dancer in her debut movie Center Stage that was  released in 2000. She then took roles in the Britney Spears-led vehicle Crossroads, and the comedy film Drumline. She reached a big audience after starring in the wildly popular franchise Pirates of the Caribbean: The Curse of the Black Pearl. She caught Steven Spielberg’s eye and was cast in The Terminal alongside Tom Hanks. This later led to her being cast in J. J. Abrams’ Star Trek reboot. The year, 2009 was a breakthrough year for Saldana as she appeared in the biggest Hollywood hit of all time: Avatar. This made her among the most well-known female actors in Hollywood and gave her the courage to act is small but good films. She acted in movies like The Losers, Burning Palms, Colombiana, and The Words. She came back as Nyota Uhura in the sequel Star Trek Into Darkness that was another huge hit.

Her success continued with a role in another blockbuster film Guardians of the Galaxy, proving once again that she was indeed destiny’s child. So, how much is Saldana’s net worth? Surprise, Surprise! It is in excess of $20.0 million.

Someone to Look Up To

Speaking of children, Saldana has two of her own. She and Marco simply adore their two sons. Zoe Saldana’s twins are named Bowie Ezio and Cy Aridio and will grow up learning English and Spanish as their mother wants them to. Her husband is in full agreement on this matter. Saldana is a role model for young girls after she has spoken publicly against the ills of frivolous plastic surgery. She has gone on record that she would never get it done as she did not want to go against nature. She is careful about what she eats but does not diet. She advises young girls to take up dance and physical exercises rather than punish themselves by eating less. Saldana is contributing in the fight against poverty. She supports the micro-finance organization FINCA International.

Fans should be happy about Saldana’s upcoming projects. She is going to star in Avatar 2 and act in the sequel to Colombiana. If this is not enough, hold on for more. She will also star in the Guardians of the Galaxy sequel. She will also appear in Ben Affleck’s movie, Live By Night. So, Saldana is a busy bee with both her professional and personal life going great. Race is not an impediment to success if it is backed up by hard work and sincerity. These are not mere words. Saldana has proved it by her success in the movies.