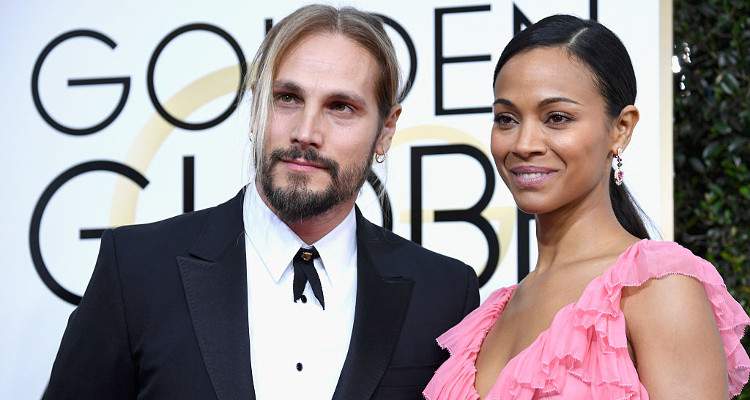 Marvel fans just cannot contain their excitement! A new trailer for Avengers: Infinity War premiered on Super Bowl Sunday and fans just can’t wait to see their favorite superheroes back on the big screen. Among the many stars appearing in the movie, Zoe Saldana will reprise her role as the green beauty, Gamora. Zoe Saldana’s husband, Marco Perego, has been a big part of her acting journey, and many fans want to know more about him. Find out everything you need to know right here!

Marco Perego may be known as Zoe Saldana’s husband, but he is an artist in his own right. Perego’s journey took him from Italy to New York, where he gained international fame as an artist.

Perego is often by Saldana’s side on the red carpet, and when it comes to raising their three kids. He even adopted his wife’s last name. Now that’s what you call true love!

How did Zoe Saldana meet Marco Perego? We have the details of the couple’s love story and more in our Marco Perego wiki. So, keep reading!

From a Struggling Artist to Finding Fame

Born on March 1, 1979, in Italy, Marco Perego’s age is 38. Even though he achieved fame as an artist, this was not always the case. Perego’s family wasn’t wealthy. His dad worked as a waiter and his mother was a stay-at-home mom.

Perego was a professional soccer player, but a leg injury put an end to his career. That’s when he decided to pursue his dream of becoming an artist.

In 2002, he moved to New York and worked as a busboy to make ends meet. He lived in Harlem without much money until he convinced a friend’s sister to come and see his art. That person happened to be Gilda Moratti, daughter of former Milan mayor, Letizia Moratti.

Moratti bought a painting from Perego, and he went on to have his first art show in the Big Apple soon after. Some of Marco Perego’s art sold for a cool $30,000!

Saldana spoke about the time she met Perego saying, “I just saw him from behind. It was 6:30 in the morning. I was on a flight to New York. And I can’t even describe to you; it was a vibration. He turned in that moment because he felt the vibration as well.”

She also revealed that she followed her heart, “I don’t do the ABCs. I do what my heart says, what my heart feels. So, from the moment I met my husband, we were together. We knew.”

Rumors of a romantic relationship between Zoe Saldana and Marco Perego made the news when the actress was spotted kissing the artist at a party in early 2013.

The couple got married in a secret ceremony in June 2013 in London. They have three sons together: Twins, Cy and Bowie, and Zen who was born in 2017.

In an unconventional move, Perego decided to take his wife’s last name after they got married, about which Saldana said, “I tried to talk him out of it. I told him, ‘If you use my name, you’re going to be emasculated by your community of artists, by your Latin community of men, by the world.'”

Despite Saldana’s reluctance, Perego did it anyway!

Perego is a huge believer in equal rights for women and accompanied Saldana to the Women’s March last month. The two are also advocates for a number of charities.

When he is not painting or spending time with his kids, you’ll find Perego by his wife’s side on the red carpet. They make a beautiful couple, and we couldn’t be happier for them!