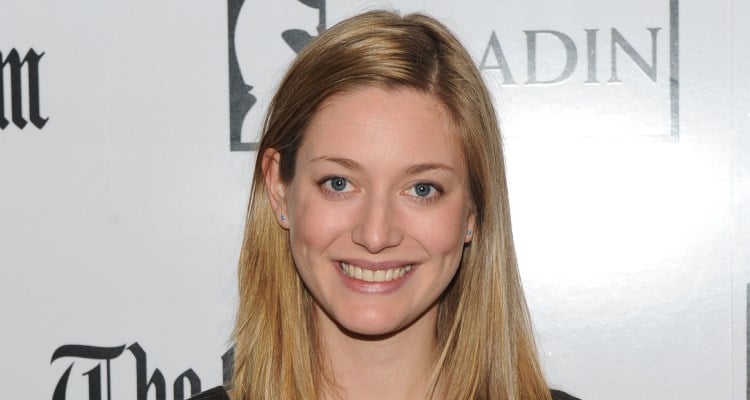 If you’ve been wondering who Zoe Perry is, then you’re not alone. Chances are, you’ve seen her Thursday nights on ABC’s hit show Scandal, but you’re about to see a lot more of her in her upcoming role. If you want to know more about the actress and her connections to Scandal and The Big Bang Theory, then take a look at our Zoe Perry wiki.

At age 33, Zoe is at the height of her career and she caught the acting bug from her parents; Scandal’s Jeff Perry and Roseanne’s Laurie Metcalf. That’s right—Zoe Perry is Laurie Metcalf’s daughter, who was once married to Zoe’s father, Jeff, who plays Cyrus Beene on Scandal. Who knew that Zoe Perry’s Roseanne connection was none other than the show’s Aunt Jackie?

Before Zoe’s debut on the show, we got a hint of which character she would be playing, and now we know. She plays Samantha, a ruthless blonde in designer clothes and one of the villains of this season on the show. She has been pulling the strings when it comes to Olivia Pope’s father, Rowan, who assassinated the President-elect. Fans of the show had no idea what family connection Zoe had to the show, but now we can see the evil family resemblance—on screen anyway! There’s no link between Zoe and her father’s characters so far, but the two are proud to be working together.

“I was so lucky that Shonda is just the most incredible woman and thought of me for [this part], and here I am getting to act with just my favorite actors. My dad, obviously. Joe Morton, who is so incredible. I’ve gotten to work with just the best people around,” Zoe told People at ABC’s Scandal 100th Episode Celebration at Fig & Olive in West Hollywood on Saturday.

Zoe’s father, Jeff, also mirrored the sentiment at the event.

“It’s a great joy,” he said. “There was kind of an inception moment for this, in Shonda’s brain, I think. Shonda came to a local theater production of a revival of Eugene O’Neill’s Anna Christie. Zoe played Anna Christie, Kevin McKidd from Grey’s Anatomy played the sailor. I was Anna’s father. Shonda was really taken with the production. A year and a half later, whatever it is, two years later, as she and the writers are creating this character, Zoe came into her mind.”

Jeff added: “I just go, ‘Can you believe her?’ She’s doing so great. But I was so happy for her. As a fellow actor, and then as my daughter, forget about it. And with this too, it’s such a beautiful character that the writers created on Scandal. I can tell that she’s had a blast doing it. She’s doing beautifully.” It’s certainly nice to see the outpouring of support from her biggest fan; her dear old dad!

Perry is keeping herself busy in Hollywood and she’s not just working with her father, but her mother, as well! Perry will be filling her mother’s shoes as Sheldon Cooper’s younger mother, Mary Cooper, in The Big Bang Theory spin-off, Young Sheldon.

The half-hour CBS sitcom—produced by Jim Parsons—will follow a 9-year-old Sheldon Cooper (Big Little Lies,’ Iain Armitage) living with his family in East Texas, while attending high school. Perry looked to her mother for inspiration on the role.

“I did run one of the scenes with her because I was curious to hear her accent doing it,” Perry says. “Although I actually didn’t have her read the lines because then that would’ve just stuck in my head. But I made her talk a little bit and I rewatched some of her stuff.” How convenient that the role she is playing was originally played by her mother, so getting tips on the role should be easy! 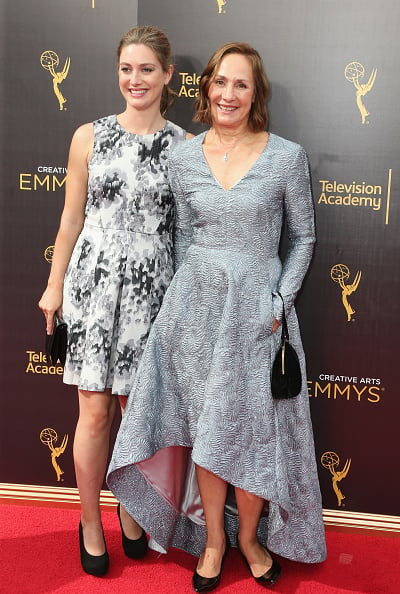 Zoe Perry Admires Both of Her Parents

Young Sheldon was ordered straight-to-series and will air between 2017-2018 on CBS. And even though she doesn’t have Instagram, fans can catch Perry on Scandal on Thursdays at 9:00 p.m. on ABC.