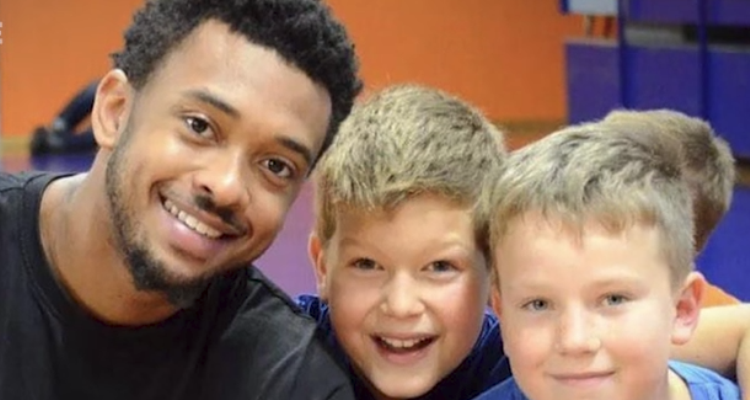 Friends and family are in mourning after Grand Rapids Drive player, Zeke Upshaw, died on Monday, March 26, 2018. Many began to worry after the late professional basketballer’s collapse, which occurred in the later stages of last Saturday’s game.

People have been wondering if there’s a video of Zeke Upshaw’s fall going around and are curious about how he died. Those who watched the game caught the chilling moment when Upshaw’s body went limp and fell to the floor. Since then, fans are wondering what caused Zeke Upshaw’s collapse.

Get the full scoop here along with details from Zeke Upshaw’s wiki.

Zeke Upshaw was born Zena Ray Upshaw on May 27, 1991, in Chicago Illinois, to Zena and Jewel Upshaw.

Even though the Chicago native attended the NBA draft in 2014, he wasn’t drafted until 2016, when the Drive picked him up. Before that, he played in Slovenia and Luxembourg.

Zeke Upshaw’s Cause of Death

During a Saturday home game in Chicago against the Long Island Nets, Upshaw suddenly collapsed on the court with 49 seconds left on the clock, according to ESPN.

After Upshaw dropped to the floor, he was immediately rushed to a nearby hospital in Michigan, on a stretcher. It was announced two days later that the Detroit Pistons affiliated player didn’t survive.

“After continued efforts from the medical team at Spectrum Health, Zeke made his transition at 11:16am,” Upshaw’s mother, Jewel, said in a statement. “To family, friends, teammates, coaches, fans and confidants, thank you for your prayers and support during this most difficult time.”

Here’s the Zeke Upshaw video, which shows his horrifying collapse on the court:

The cause of death wasn’t mentioned or clarified. Also, the date of the memorial hasn’t been revealed at this time.

Numerous NBA players and coaches have given their condolences after hearing the news of Upshaw’s passing, and all have mentioned how kind and hardworking he was as a person. There was also no mention of whether Zeke Upshaw had a wife or girlfriend either.

“The Drive family is mourning the tragic loss of Zeke Upshaw,” the team said in a statement. “He had a warm personality and was a tremendous representative of our organization both on and off the court. Our thoughts are with all of Zeke’s family and friends during this difficult time.”

While there was no mention of his exact cause of death, it was reported that he went into cardiac arrest, which may have caused his collapse during the game.

Fans have also taken to various social media platforms to express their condolences for the late basketball player. He was an inspiration to young fans everywhere and played the game with his full heart and soul.